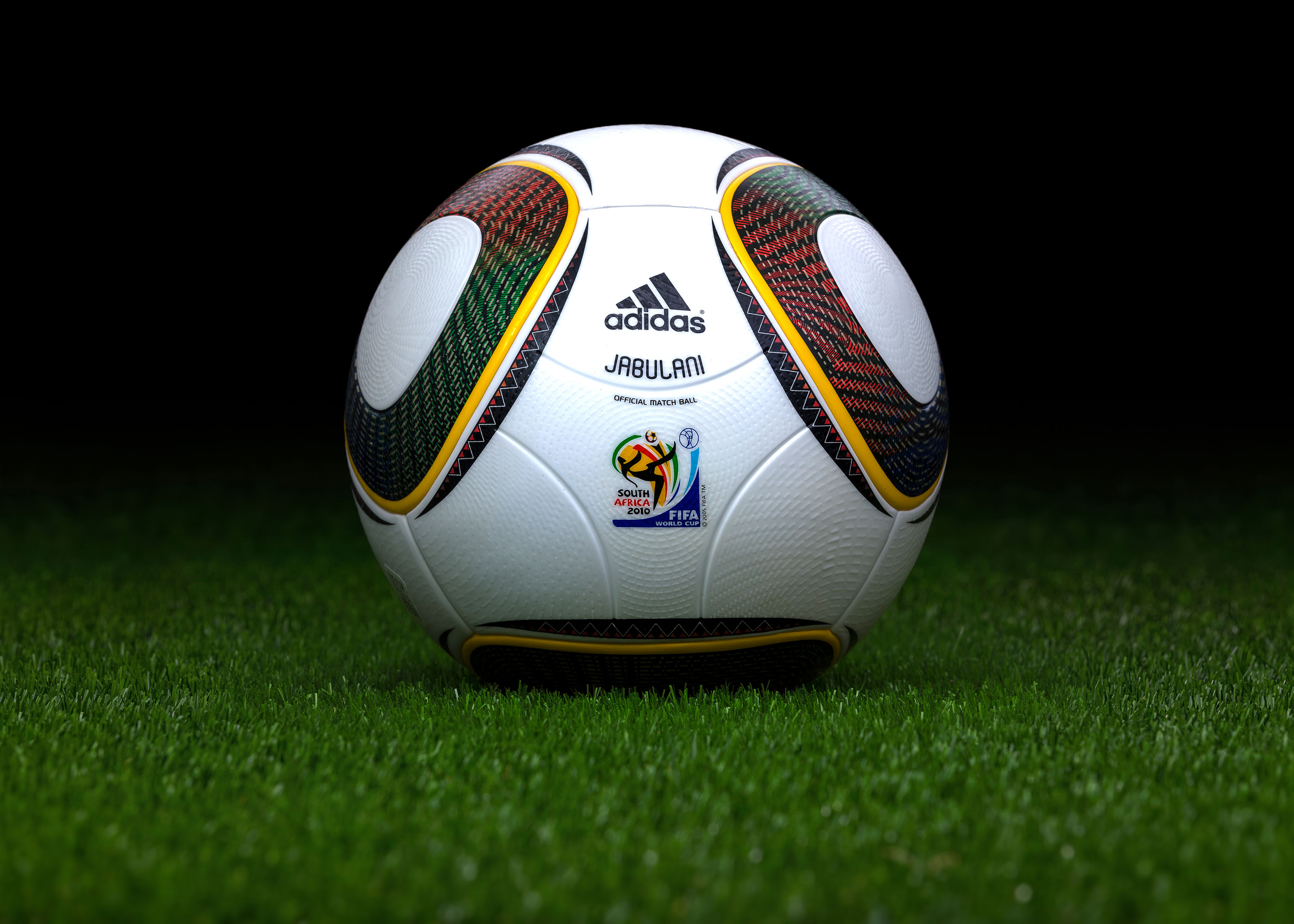 On December 4th 2009, Adidas presented the official 2010 World Cup ball: the Jabulani. This word means celebration or party in the Zulu dialect. The Jabulani was presented as a technological jewel, created by the A.I.T. (Adidas Innovative Team). It consisted of 8 innovative welded panels, 4 minor triangles and 4 bigger ones, which gave the ball a perfect spherical shape never before achieved. The panel surface was a 3D non slip compound called „Grip and Groove” or commonly known as goose skin. It had already been successfully tested in the 2008 European Championship. This type of surface allowed an optimal grip on all conditions. The panels were crossed by particular channels, which ensured the designers an improvement in the aerodynamics of the ball. Eleven different colors were adopted to compose the decorations on the Jabulani. Numerology indicates that this was the eleventh Adidas World Cup ball, 11 is the number of players on a football team, 11 are the official languages of South Africa and with 11 different communities, make up a country among the most cosmopolitan of the African continent and the world. Finally, the 4 smaller triangles of the design recalls the external facade of the Soccer City Stadium in Johannesburg.

THE ALMOST PERFECT BALL, OR NOT?

It may seem strange, but the ball is almost perfect, as it deviates from the absolute spherical shape by only 0.1%. Regardless, the reception was not positive, because it was drizzling heavily in the air. The players took advantage of this, they repeatedly kicked the ball from further away, because the ball occasionally changed its trajectory in the air, so the goalkeepers had a hard time defending and they made this a point, e.g. both Iker Casillas and Buffon expressed negative criticism, not only because of the behavior of the ball, but also because of its pattern. Julio Cesar, for example, said that even in the supermarket, better balls could have been bought for the matches. However, unlike these criticisms, the price of Jabulani has become very high lately, it is almost impossible to buy it under $500. The reason for this is that in the game called footgolf, the Jabulani rolls the farthest on the grass after kicking the ball out of all the balls currently available, so footgolf players bought them up, and today you can find original pieces either with them or with collectors.

THE JO’BULANI, THE INSCRIPTIONS AND THE STICKER

Just like in 2006, Adidas made a special ball for the World Cup finals in South Africa, which was named Jo’bulani. This ball differed from the traditional balls in that the colored panels were now gold. One used ball in the final sold at auction for $73,769, with the proceeds donated to the Nelson Mandela Foundation.

Of course, the practice introduced at the previous World Cup was retained here as well, so the data of the given match (participating teams, date, stadium and host city) was printed to the balls, and the balls actually used in the matches were later provided with a sticker. These balls are the most valuable, authentic pieces start at approx. $3,000 if ever found. 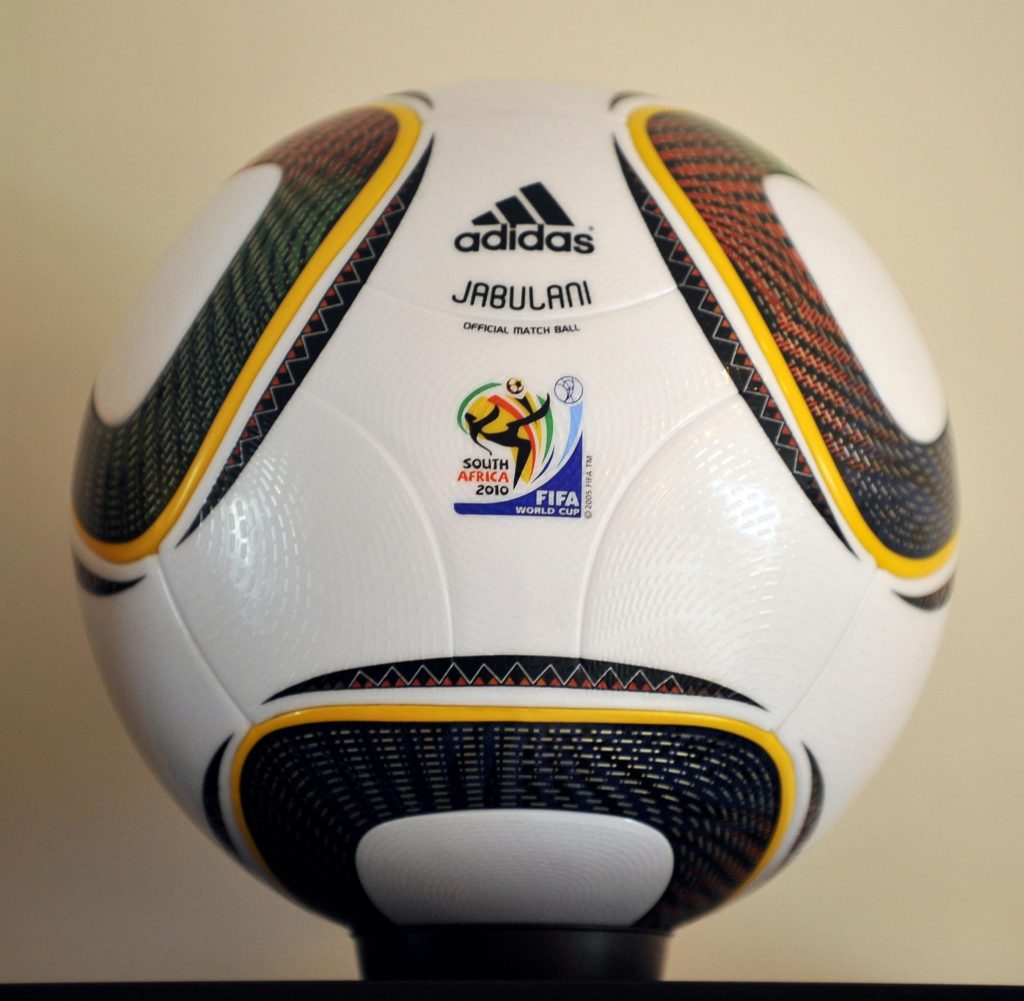 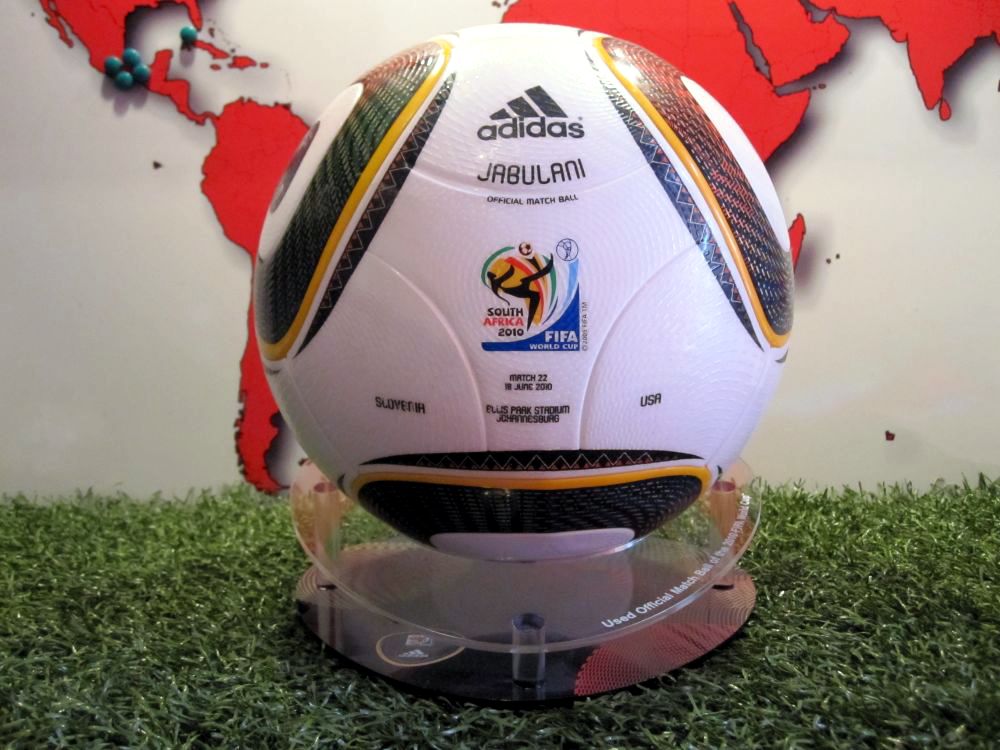 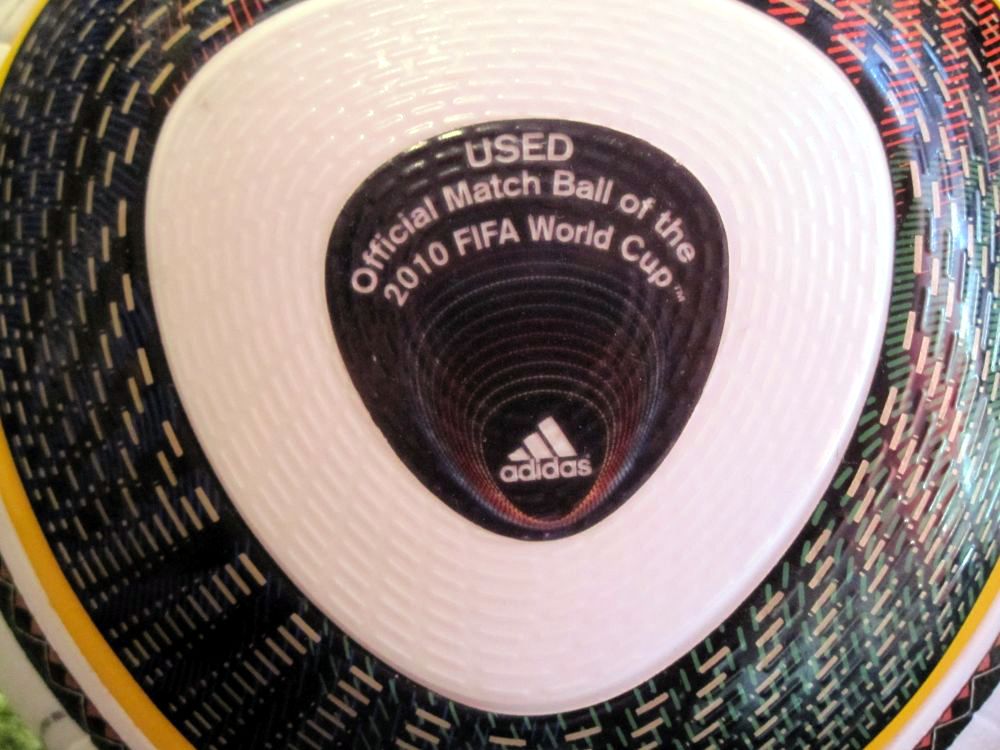 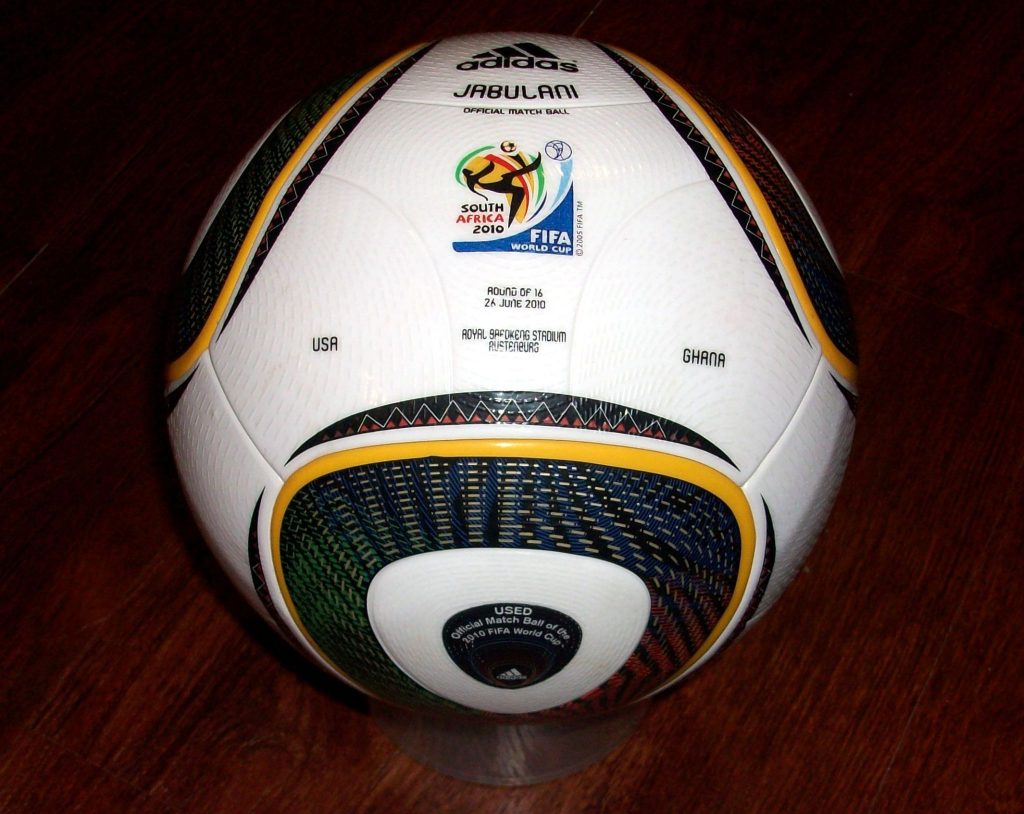 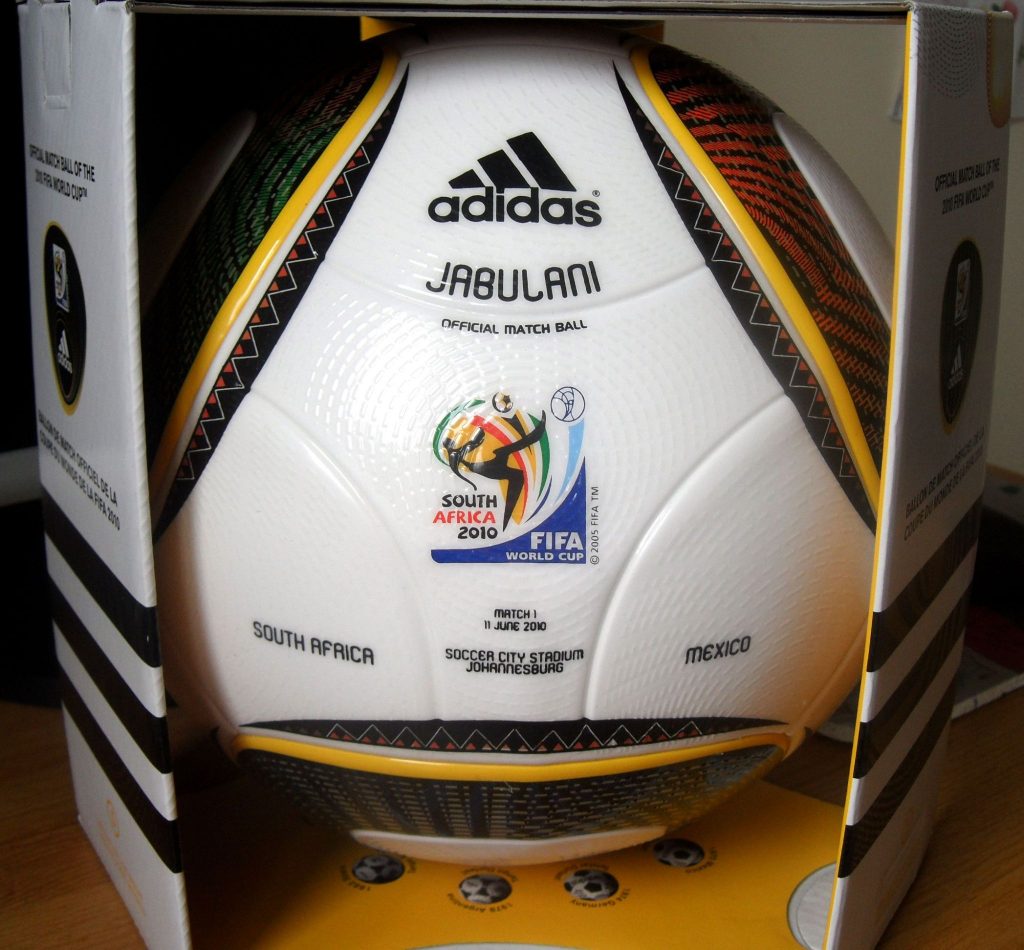 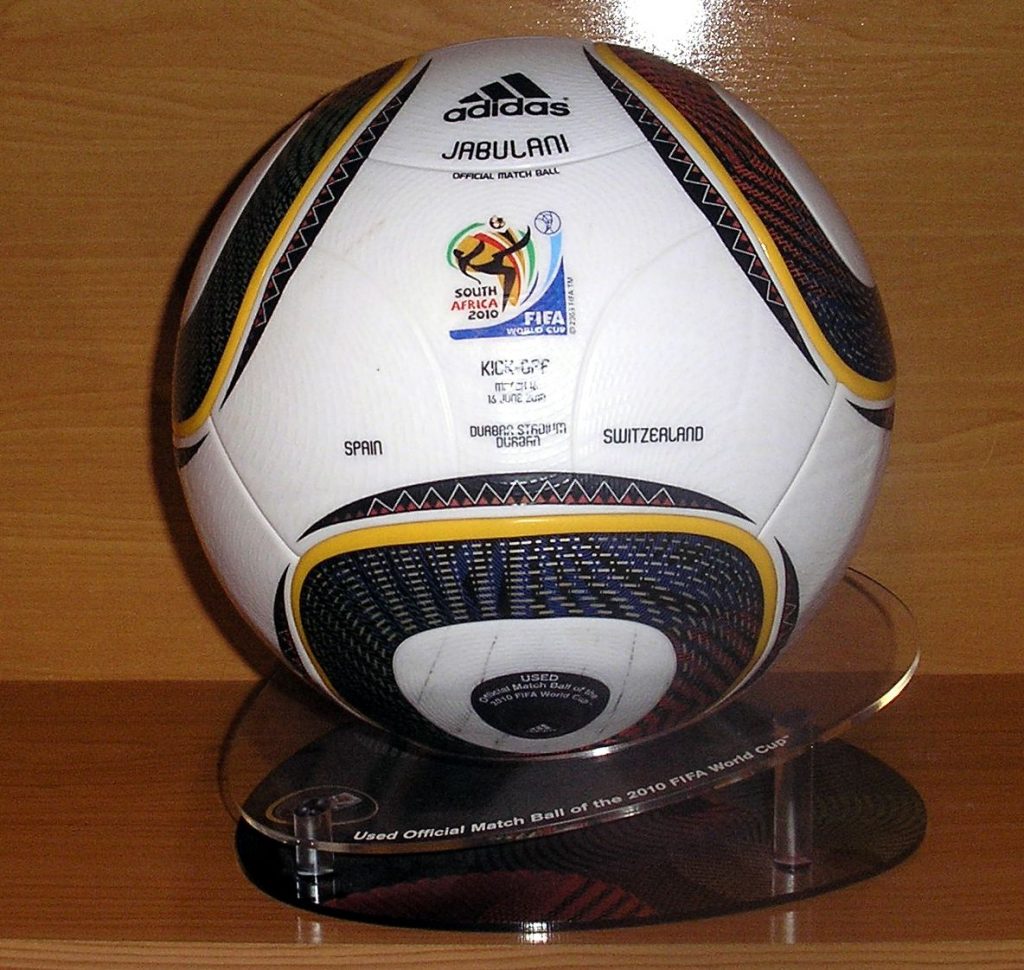 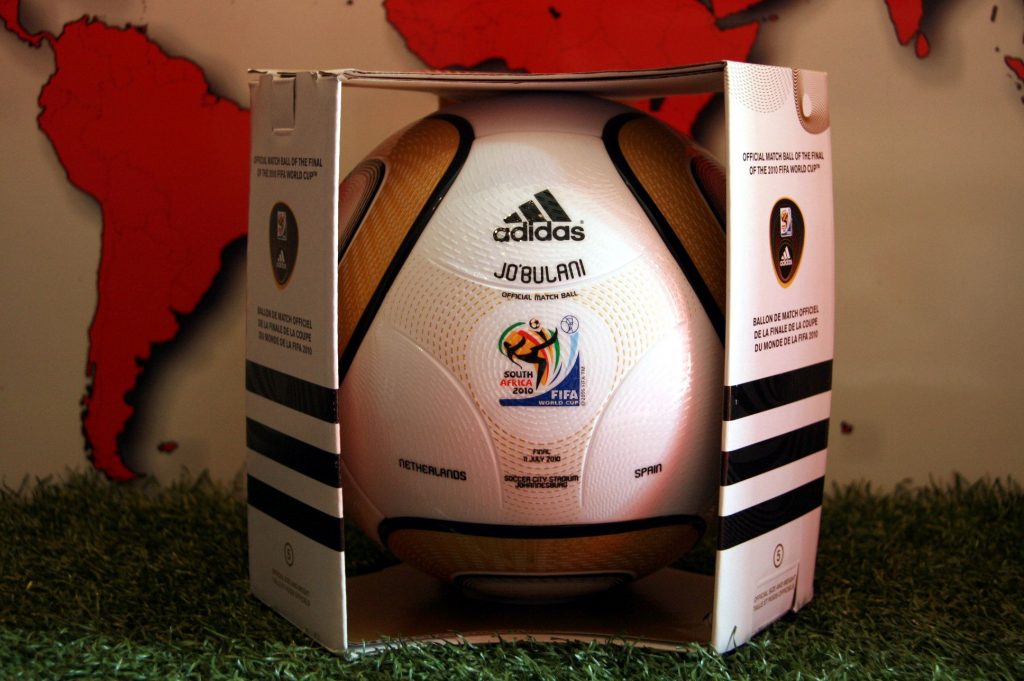 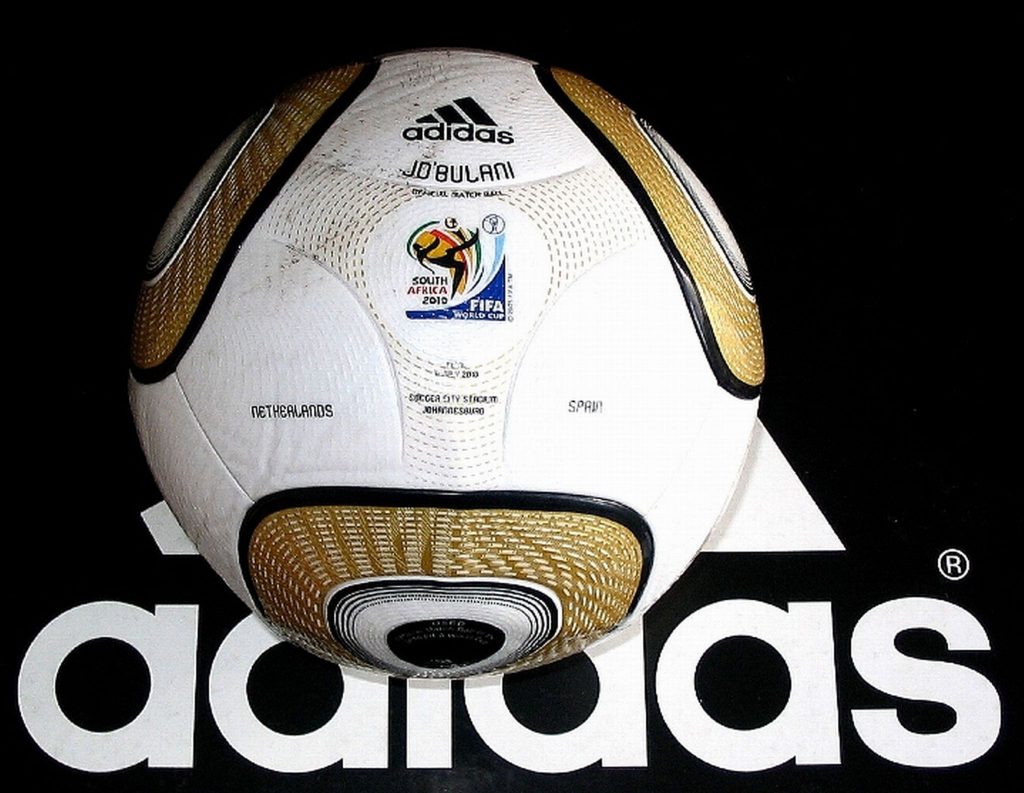 +
The original adidas Jabulani match ball consists of only 8 thermally bonded panels and has 11 colors to reflect the host nation South Africa
All the adidas Jabulani matchballs that were used in the 2010 FIFA World Cup were printed with the date and place of the matches and the two participating teams
There were only 15 matchballs provided and imprinted for each match. If a ball was really used in the game, they put this stamp on the ball indicating that the ball is actually a game used matchball from the 2010 FIFA World Cup
The position of the official stamp can be found at different places on the balls. At this USA - Ghana game used ball it is in the bottom
This opening match ball between South Africa and Mexico was made in a limited edition even for the public
Only one ball of each match had the "KICK OFF" text printed on its front panel. The referees took these balls onto the pitch and the matches started with these balls
This is another "KICK OFF" match ball from the South African World Cup. They often come with certificates to prove that the balls are authentic
Adidas made another ball for the final match of the 2010 FIFA World Cup. They called it Jo'bulani and provided a limited number for the public
Adidas has put one of the game used Jo'bulani balls in auction on ebay. It was finally sold for 73769 USD and the money was provied for charity (Nelson Mandela Fund), which was a nice gesture