Do you think your readers would be interested in an article about the history of the FIFA World Cup balls?

If your answer is YES, we have good news:

The owner of this website (Peter Pesti) has photographed all original World Cup balls from 1930 till 2022 and offers his photos for your publications. You can find an overview of the history of the World Cup balls on this site, where you can also read a lot of information about every ball. So we can provide even the stories/descriptions for your article. As the World Cup in Qatar is approaching, this would be an interesting content from an authentic source for your readers.

In case you wish to publish digital subject, Peter can also assist you with photos and information, just read the article of the evolution of World Cup balls that was published by the New York Times in 2014:

Do you think your viewers would be interested in a comprehensive presentation of the world of ball collecting?

Peter Pesti has been on tv many times in Hungary and is ready to give you a Skype/Zoom interview. He also has short video clips of his apartment and balls to appear on the screen while talking but you can also illustrate the interview with photos that you find on this website, including pictures of collections.

Do you think there is a demand for a book of footballs in English or Spanish?

Peter Pesti has already contributed in a book of footballs (Fussbälle) as a photographer and also helped to write stories of the balls. This book was published in German and is already sold out. But Peter has over 500 photos of balls and is willing to travel to take new pictures as he has outstanding relationships with collectors, museums and sporting brands – he has access to nearly every ball of football history. He is the copyright owner of all the photos he has already taken and he he is ready to talk with publishers that agree that a football book in English or Spanish language with Peter’s photos should be put onto the market. 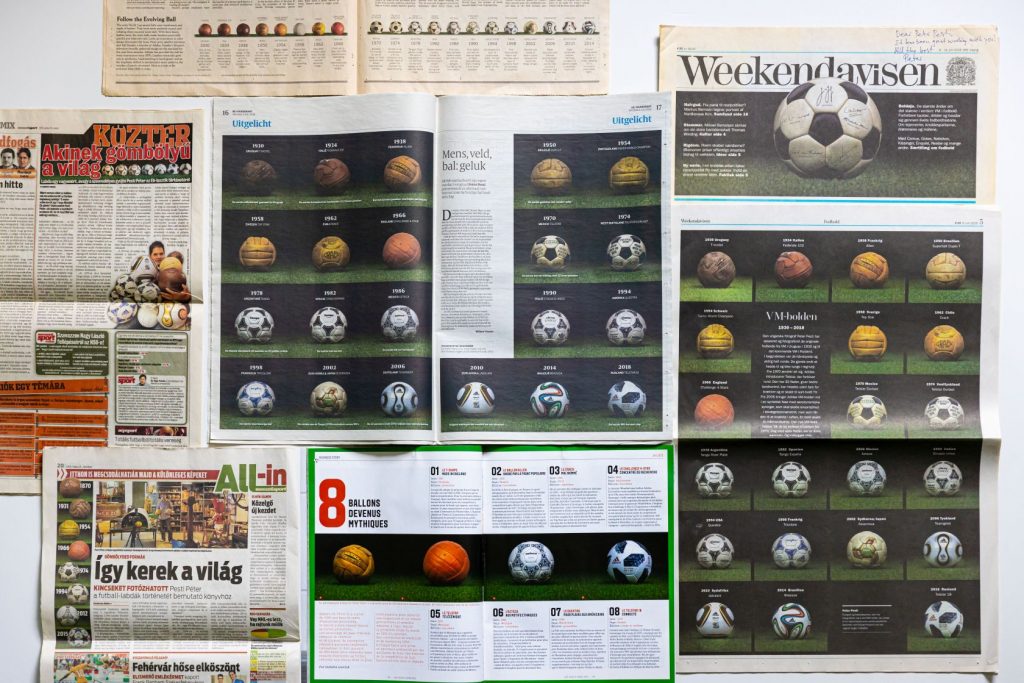 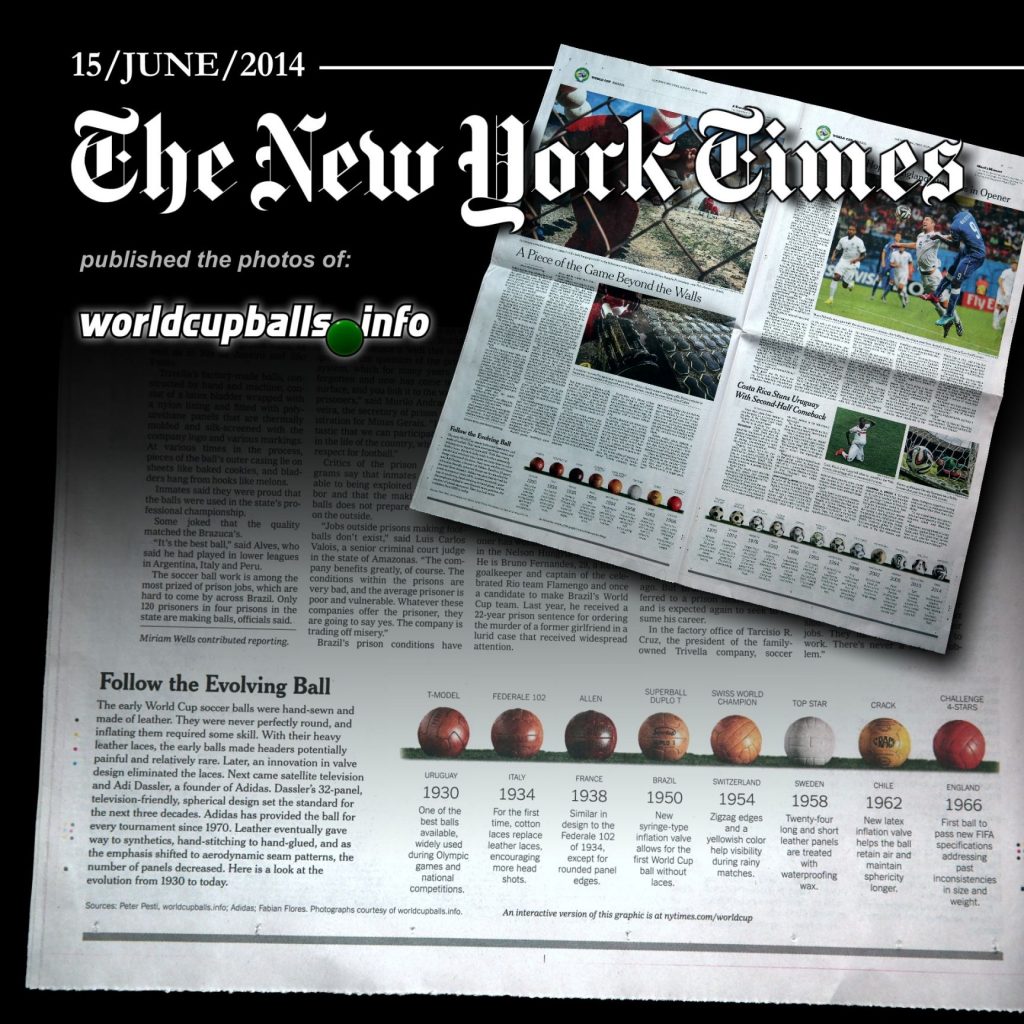 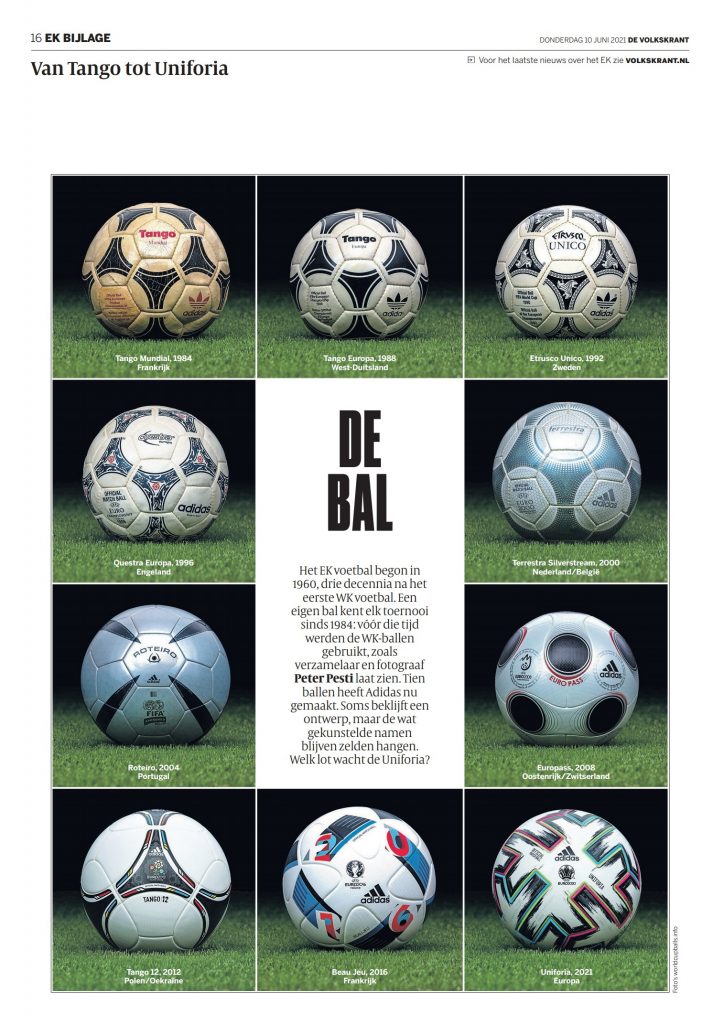 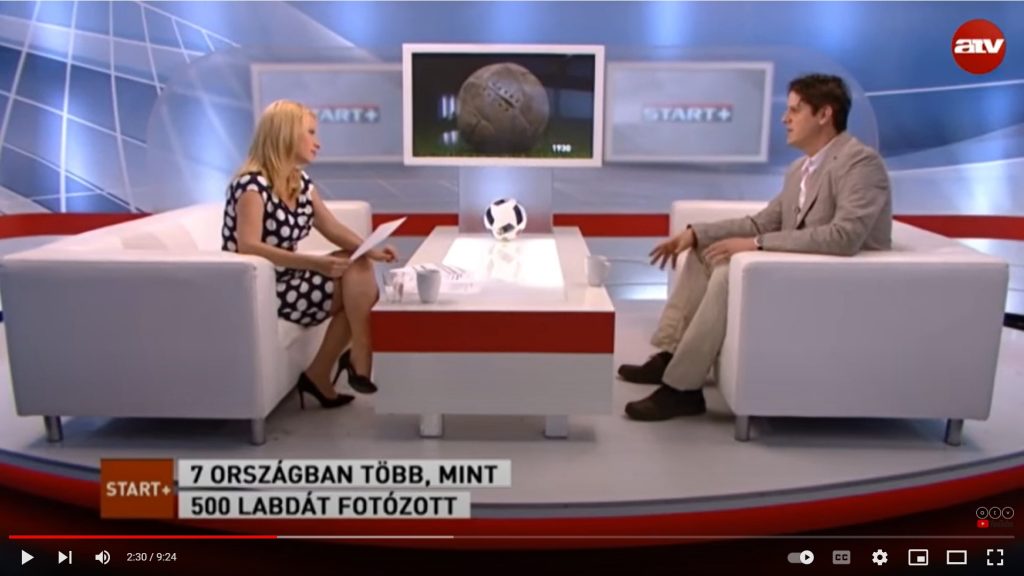 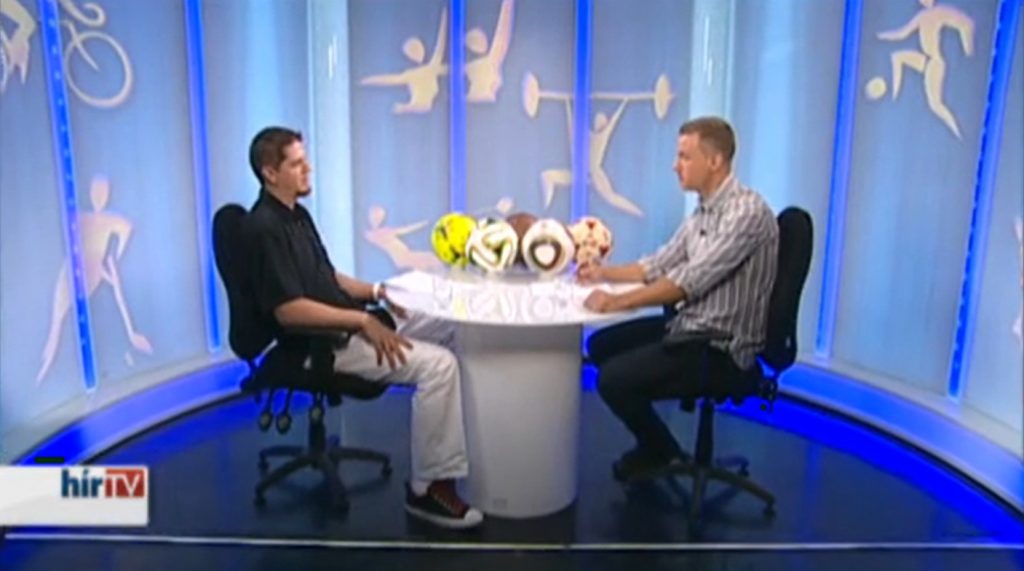 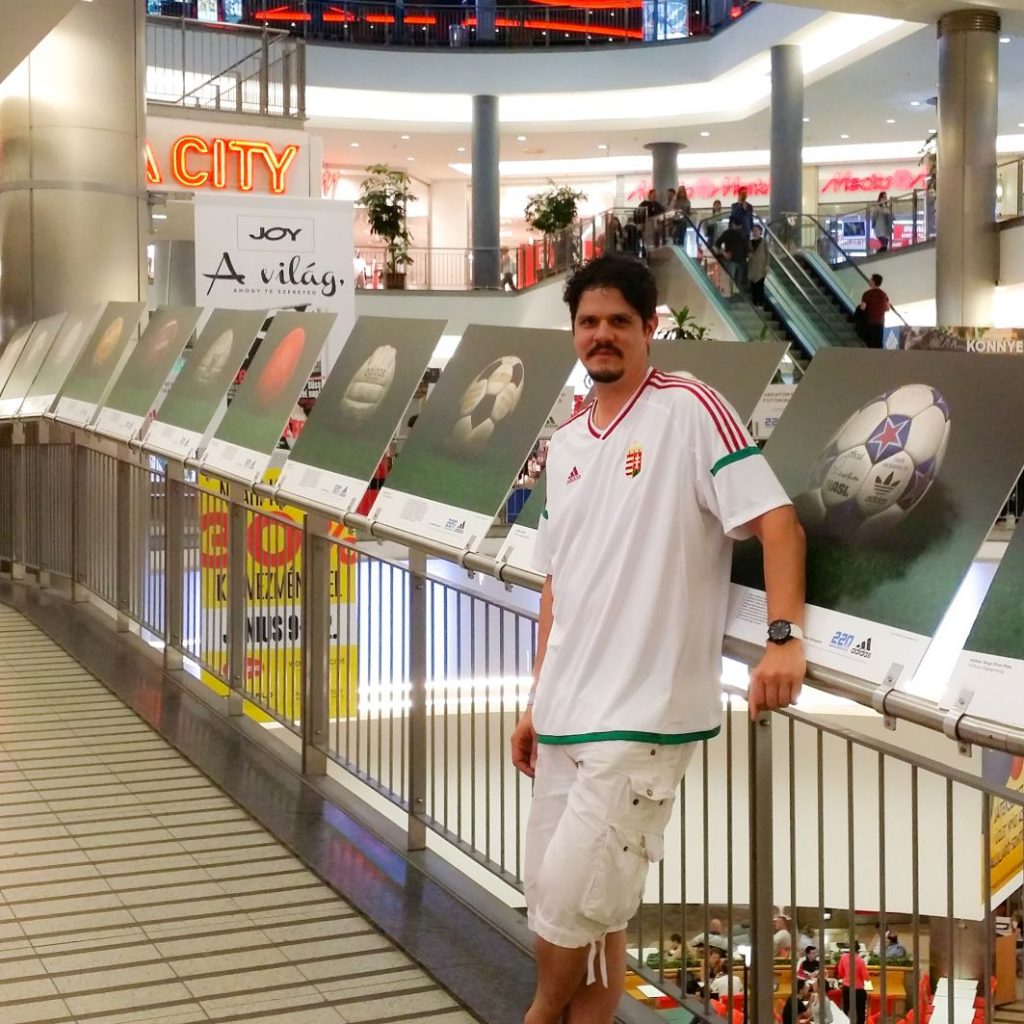 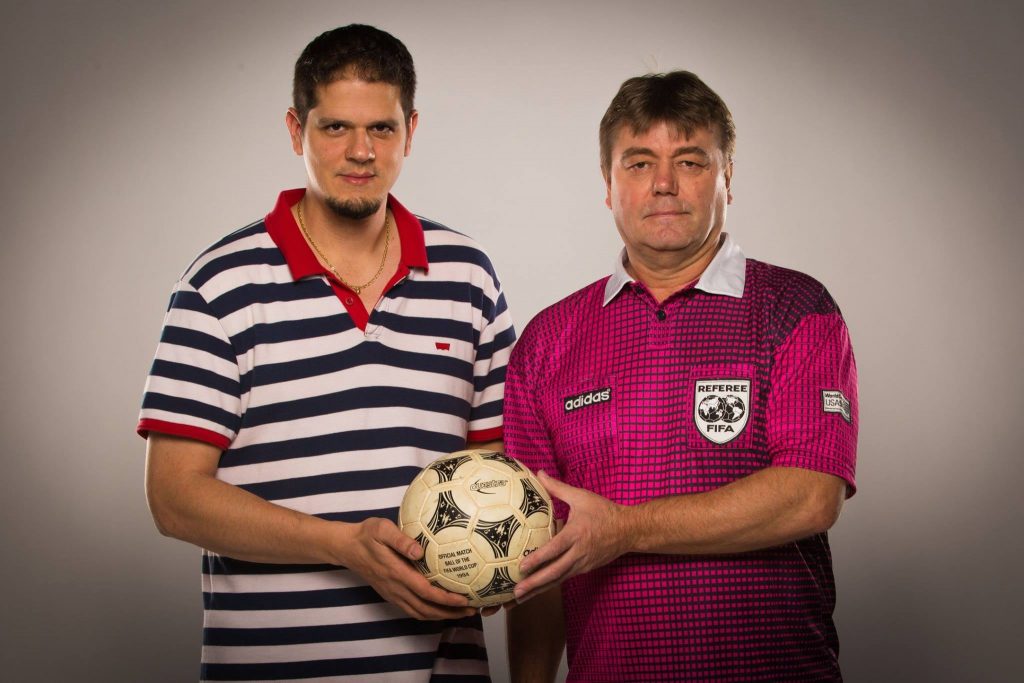 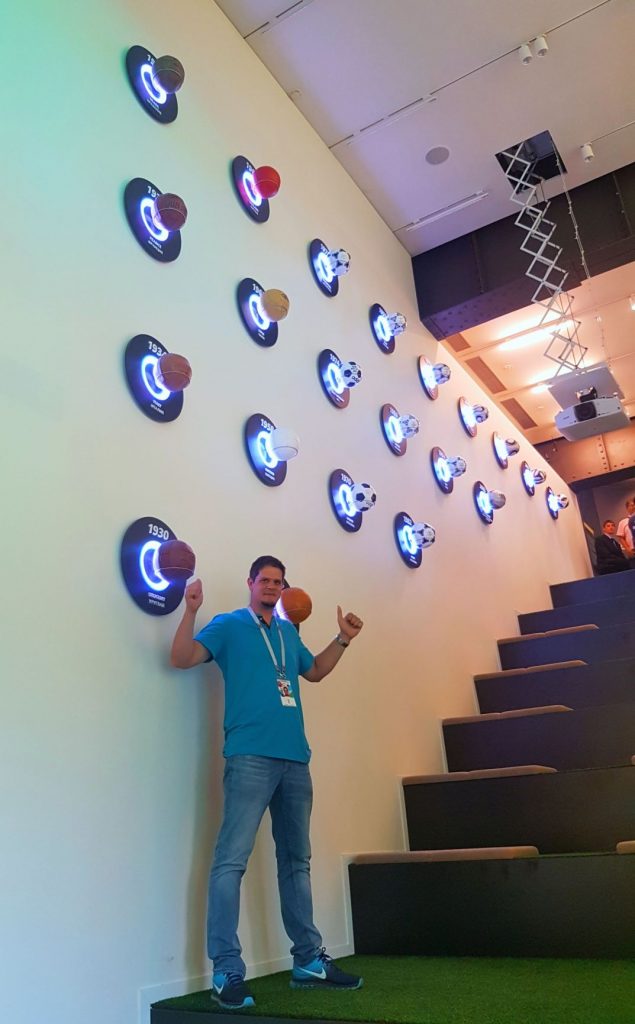 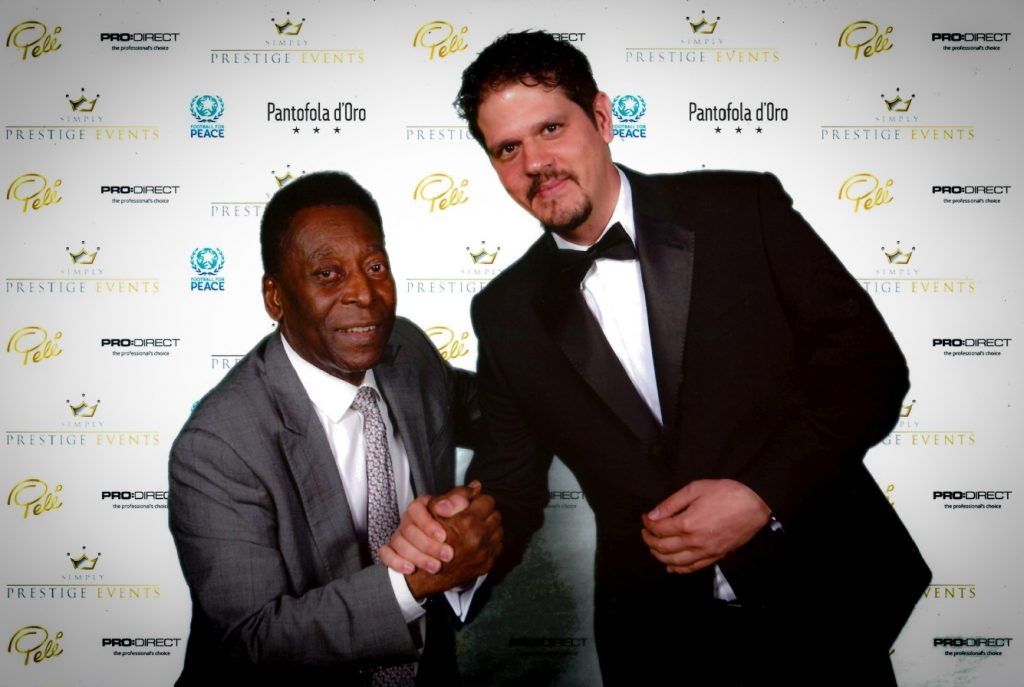 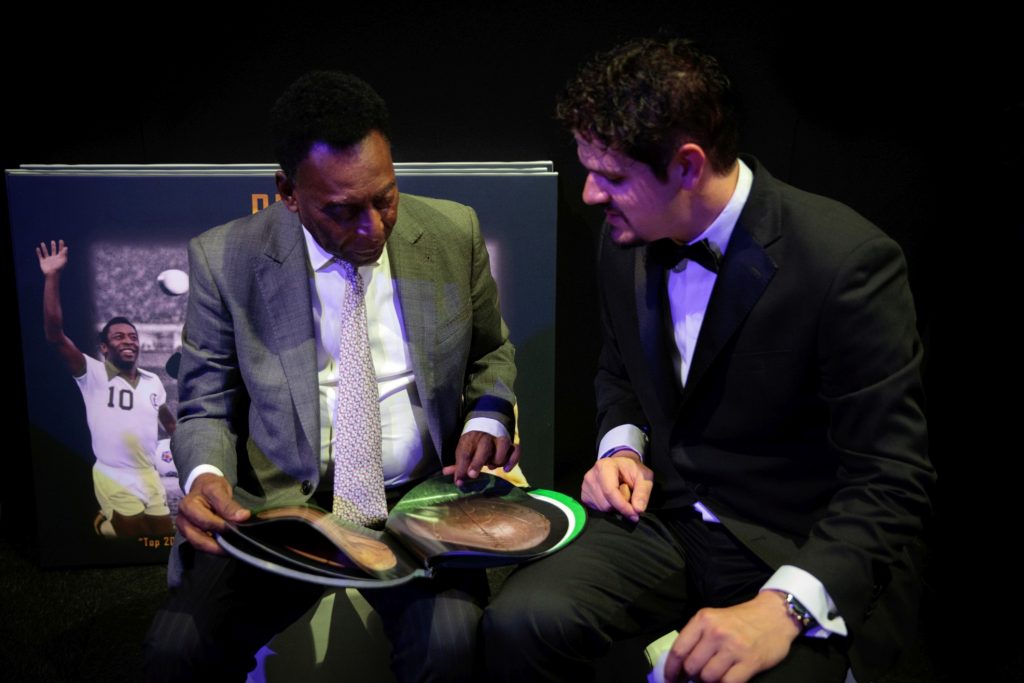 +
Different publications in printed media
The photos, which you can find on worldcupballs.info have already been published in many newspapers and magazines.
The New York Times published Peter's World Cup ball photos (2014)
This was the first time when a newspaper has published Peter's photos.
The evolution of the Euro Cup balls (2021)
Peter has not only photographed World Cup balls but also Euro Cup balls.
Peter Pesti in ATV (2016)
Peter was talking in a live morning show about his travels to photograph the balls for his book and this website.
Television interview with Peter Pesti (2014)
This interview was live on Hír Tv (Hungarian News Channel) and Peter was talking about collecting balls in general during the World Cup
Photo exhibition of footballs (2016)
The most popular shopping mall in Hungary organized a photo exhibition of Peter's ball photos during the 2016 EURO Cup.
Peter with Sándor Puhl (the referee of the 1994 World Cup final)
The ball on the picture is the exact one from the penalty shootout between Brazil and Italy and can be seen on this website.
The temporary exhibition of the FIFA Museum in Moscow during the 2018 World Cup
Peter supplied his replica World Cup balls (1930-1966) for the exhibition.
Peter Pesti with his book of footballs (Fussbälle)
This book was available in German only and is already sold out.
Pelé and Peter Pesti (2016)
Pelé's management invited Peter to London so that he can meet Pelé in person.
Pelé is looking at Peter's book of footballs
You create a book of your passion and introduce it to the most successful player of World Cup's history. What is a lifetime memory, if not this? 🙂

If you wish to publish photos from this website or have any questions, feel free to contact us. The response time is less than 24 hours.