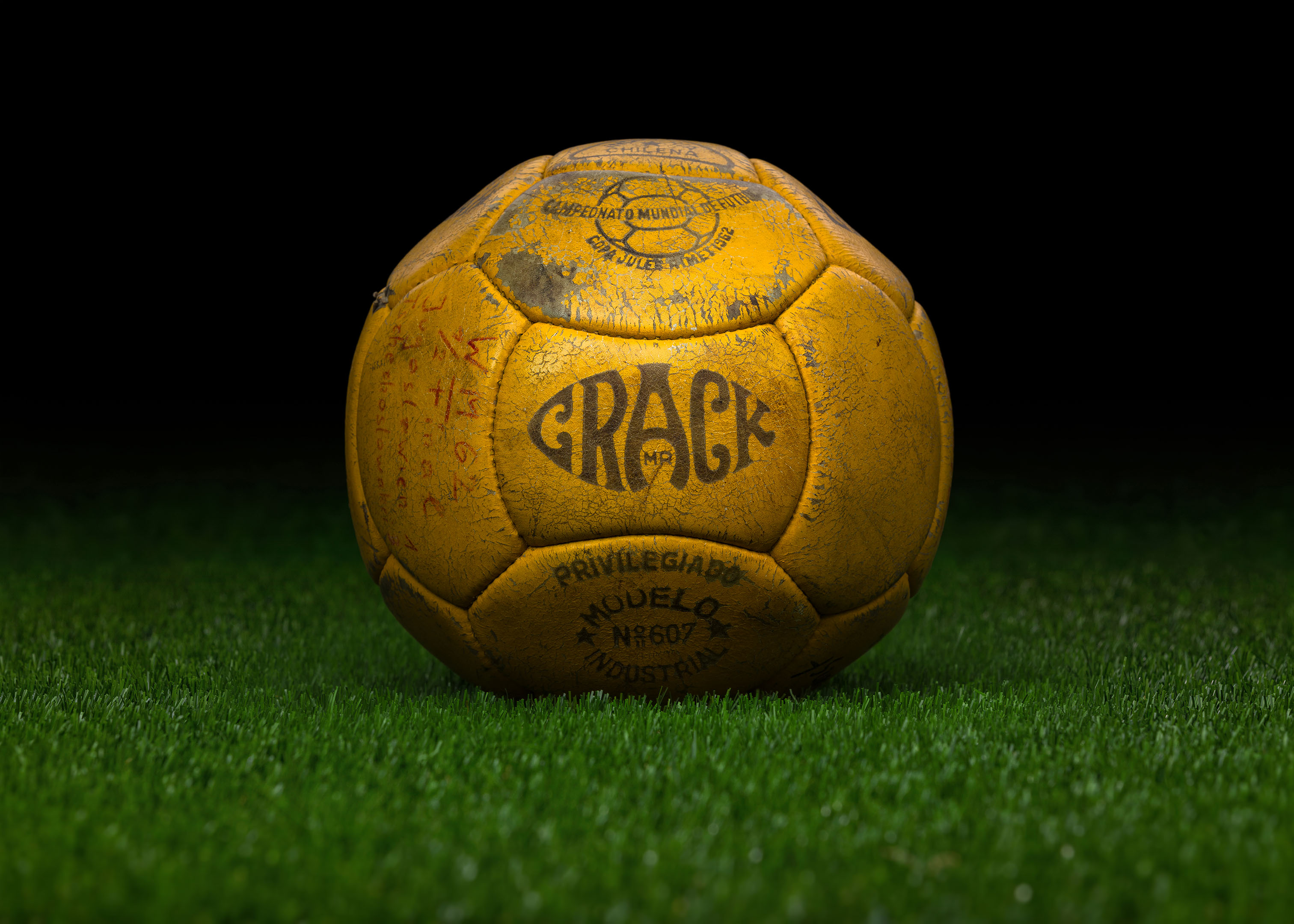 FIFA AND THE LOCAL SUPPLIERS

In all World Cups prior to 1970, the National Association of the host country always requested from local suppliers sample balls which were tested and approved by the organizing committee, as well as by the referee committee. From this process one ball was determined to be the match ball for the tournament. In most cases the manufacturer delivered the appropriate number of balls free of charge to the association.

So it is no wonder that the official ball of the 1962 World Cup was manufactured in Chile (by Custodio Zamora from San Miguel). The ball was called „Crack” and it was the first World Cup ball to have the new latex inflation valve – an innovation which was kept more or less the same in all the following World Cup balls. Eventually the rubber latex would be replaced with synthetic materials, maintaining identical characteristics.

The Crack ball had an innovative design. It was composed of 18 irregular polygonal panels, having two different shapes: hexagonal curved and rectangular, all joined together by manual sewing, as if it were a kind of big puzzle.  It must be admitted, that the Crack model is still the ball most difficult to describe with words, because of the complexity of its panels. With the new latex valve the air was retained longer and the ball maintained a good spherical shape. From an aesthetic viewpoint, this ball was a very elegant ball, suitable for the most important football competition. A defect however is worth mentioning: the quality of the coloured coating was poor and did not last for very long. As for the colour of the balls, they were yellow/orange. Although, if you observe pictures of the 1962 World Cup, you might notice balls having different shades also.

Well, these balls with a different shade were not the „Crack” models.  At the request of the European teams 100  „Top Star” balls were delivered to Chile as substitute, alternative balls, in case the local balls were found not to be suitable . The Top Star was the official ball of the previous World Cup in Sweden and became a huge success in Europe, this is why these teams preferred this old model to the new Crack ball. But overall the Crack balls were used in 23 matches of the total 32 during the 1962 World Cup.

It is interesting to mention that the official balls of the 1962 World Cup were marked with prints and logos of the manufacturer even during the matches of the competition. FIFA had forbidden the usage of branded match balls in 1954, 1958 and at the forthcoming  World Cup in England, regardless if these balls were available for sale on the general market at the same time with visible branding. Even the first adidas balls in Mexico 1970 had to be free from branding. Therefore the balls at the training sessions in Chile were identical to the ones used during the World Cup matches.

THE AFTERLIFE OF THE CHILE BALLS

The original Crack balls used in the 1962 World Cup are extremely rare now. However, the Sport Museum in Basel (Switzerland) still keeps a game used one in its exhibition and Peter Pesti (the owner of worldcupballs.info) has photographed this ball that you can see on this website. This ball was used between Czechoslovakia and Yugoslavia in the semi final of the World Cup on 13th June, 1962. This is the only real game used Crack ball left we know about today. However, there are other Crack balls in private collections but some of them has a slightly different panel structures with the same branding and logos.

And finally, a little curiosity: adidas started to produce footballs first in 1963 and they named their first ball as „Santiago”, inspired by the World Cup in Chile. This very first adidas ball has a similar panel structure to the real Crack match ball and was reproduced in a limited version a few years ago. Some people still mistakenly believe that this adidas Santiago ball was the official match ball of the 1962 World Cup, whereas adidas became the official supplier of the match balls for the FIFA World Cups from 1970 onwards. 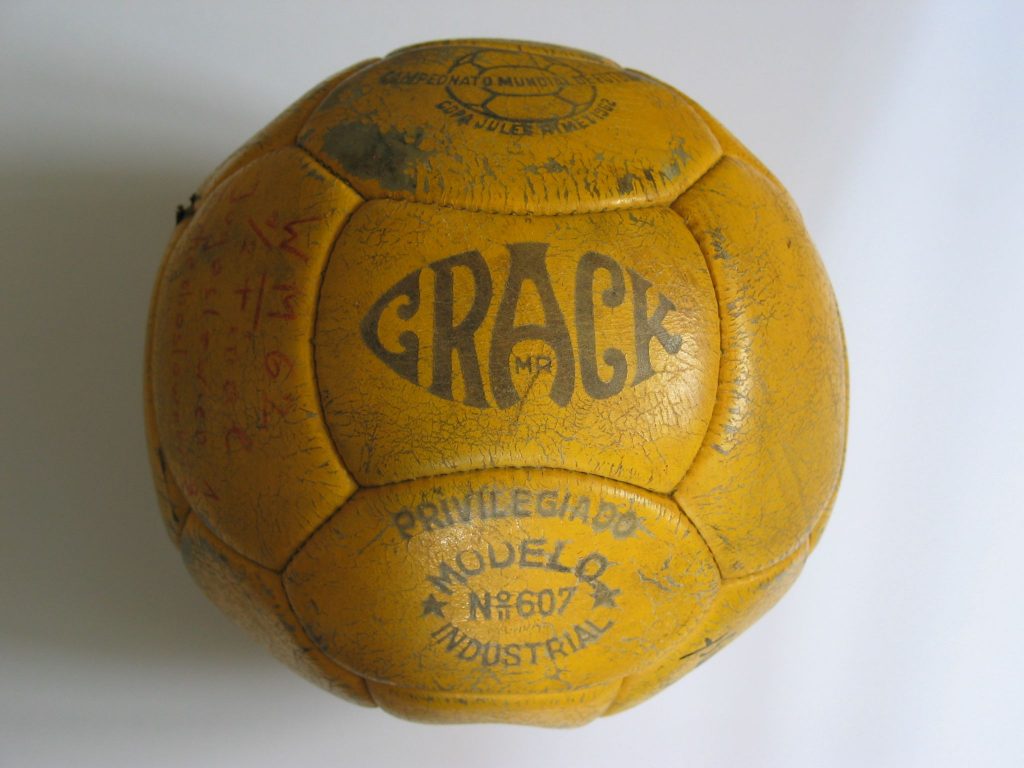 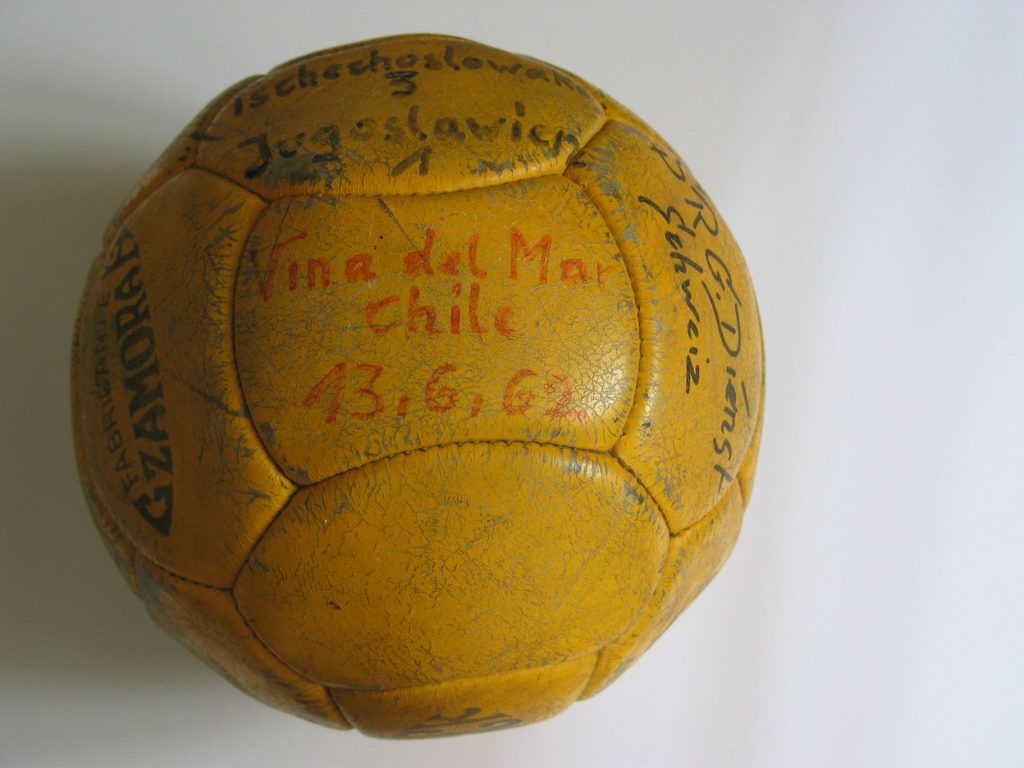 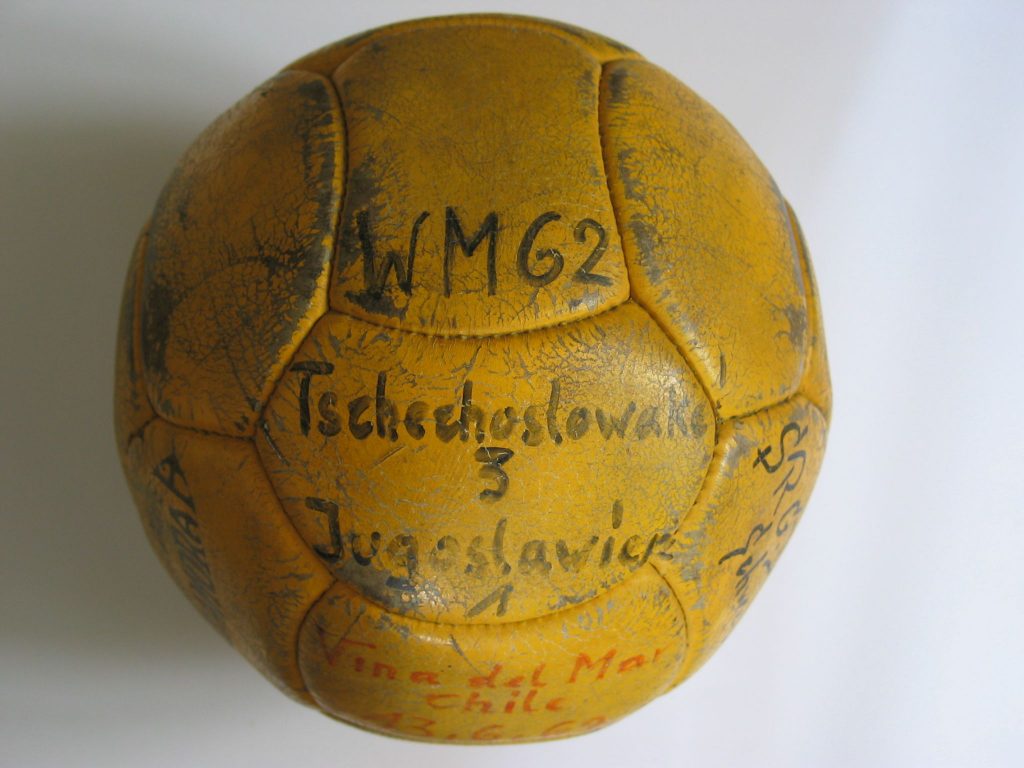 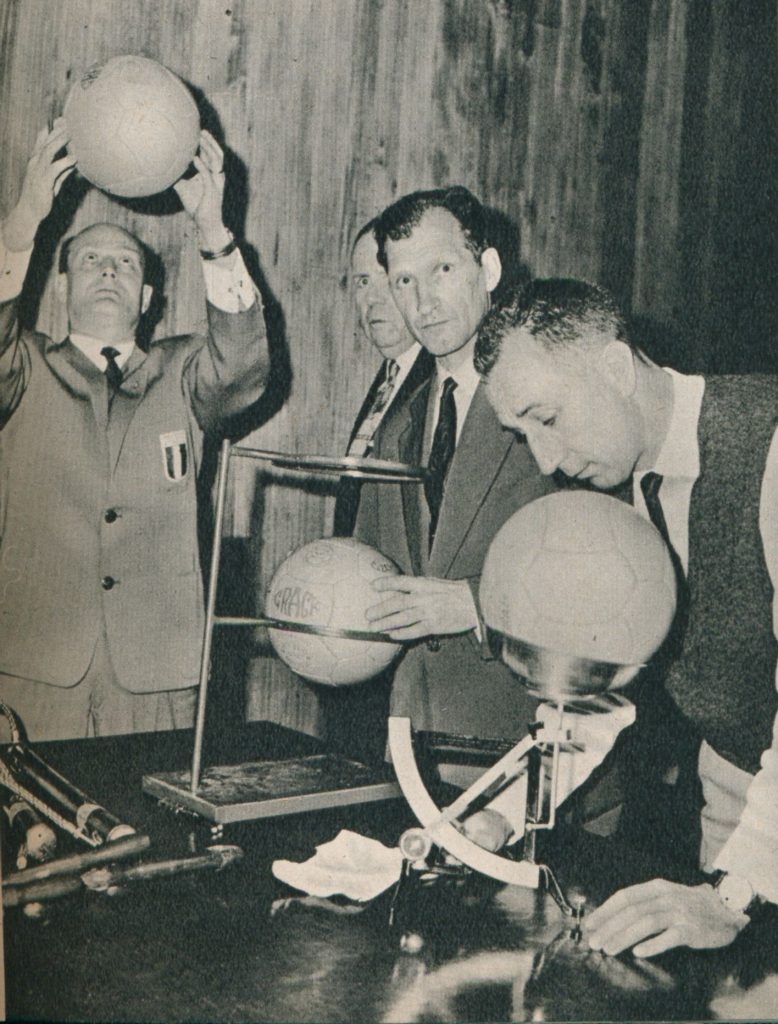 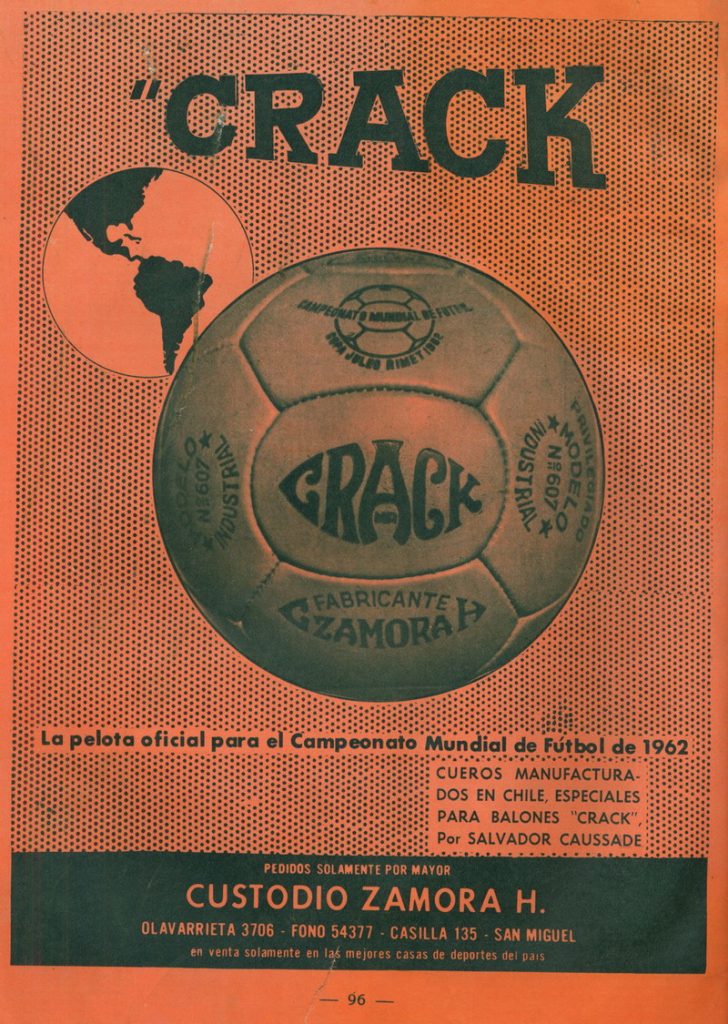 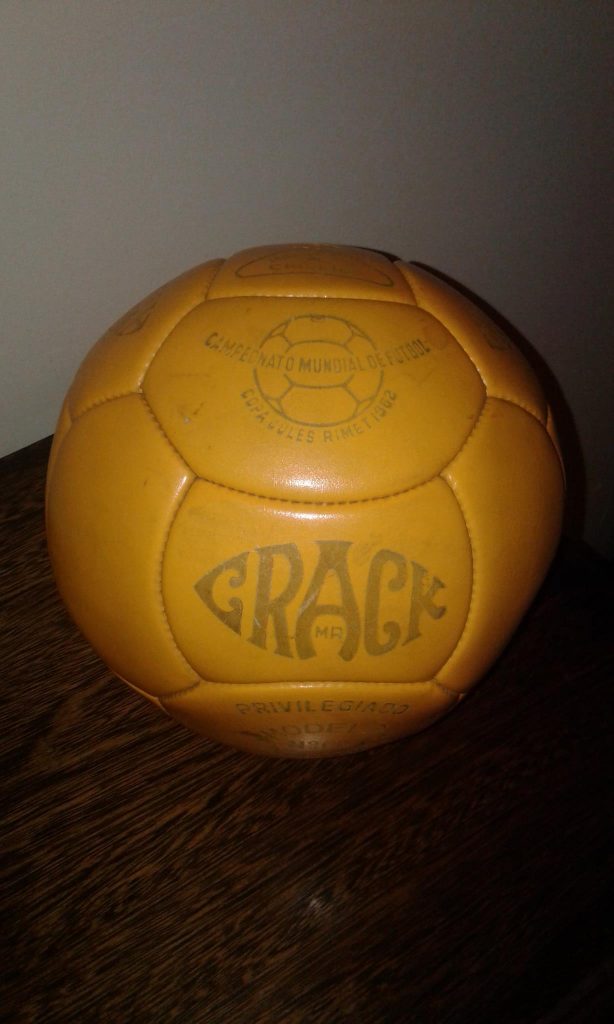 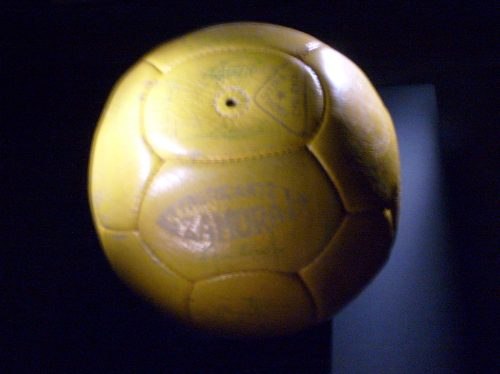 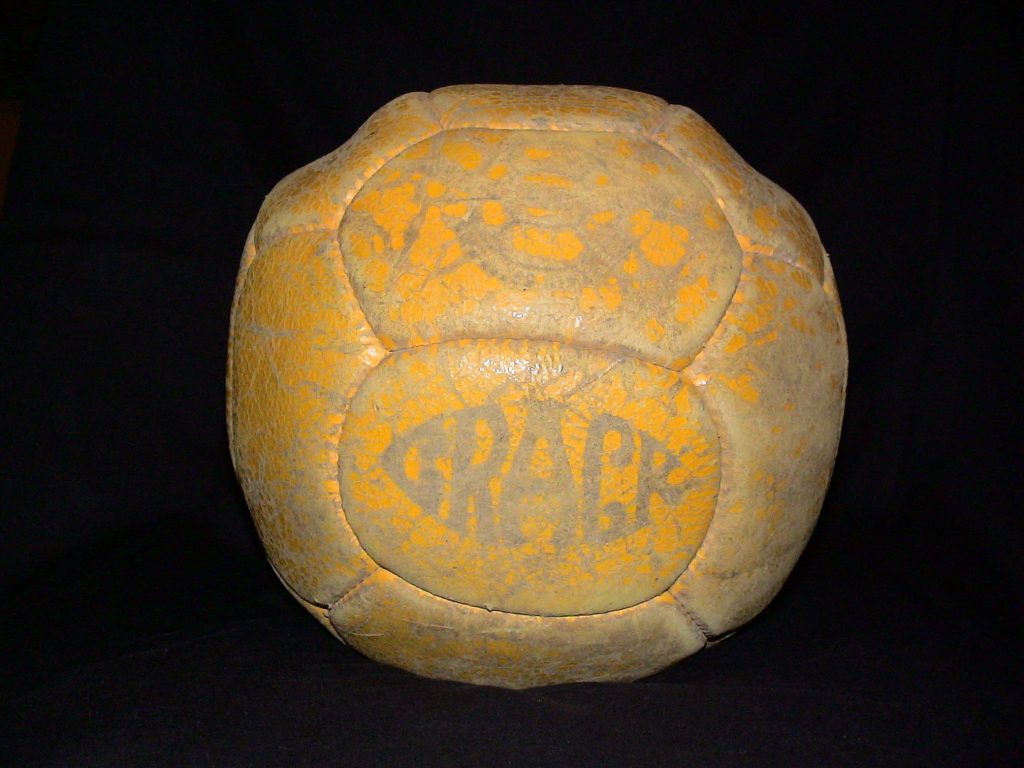 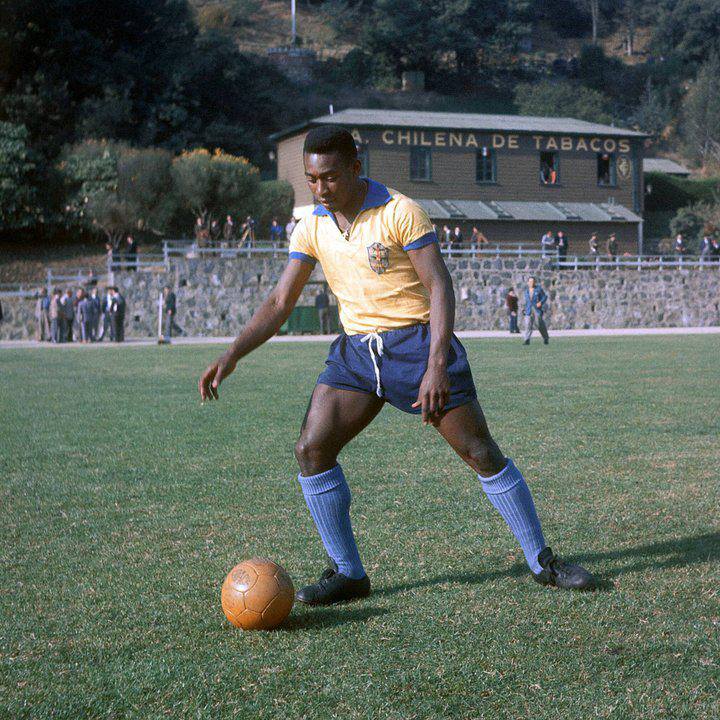 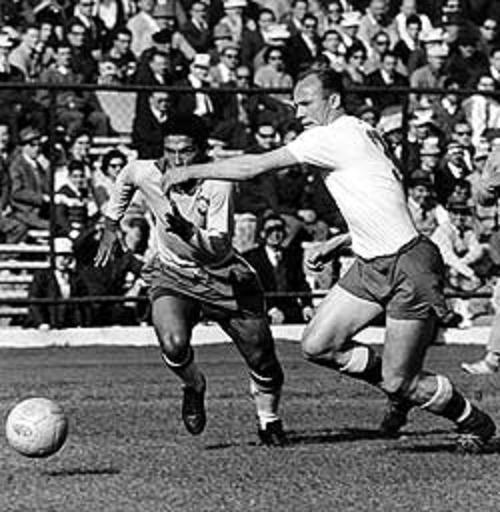 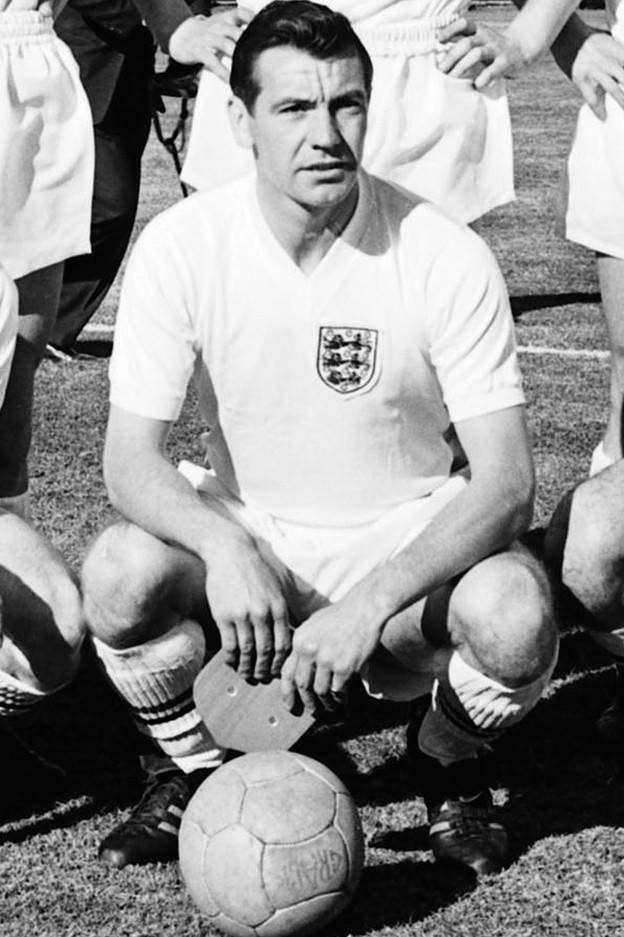 +
This is the Crack, the official match ball of the 1962 FIFA World Cup in Chile. Actually, this particular ball was used between the Czechslovakia and Yugoslavia during the World Cup.
The same ball from the top
Here you can see the date and the venue of the match
And you can see the final result, too. By the way, "WM" is the German abbreviation of Weltmeisterschaft, which means World Cup