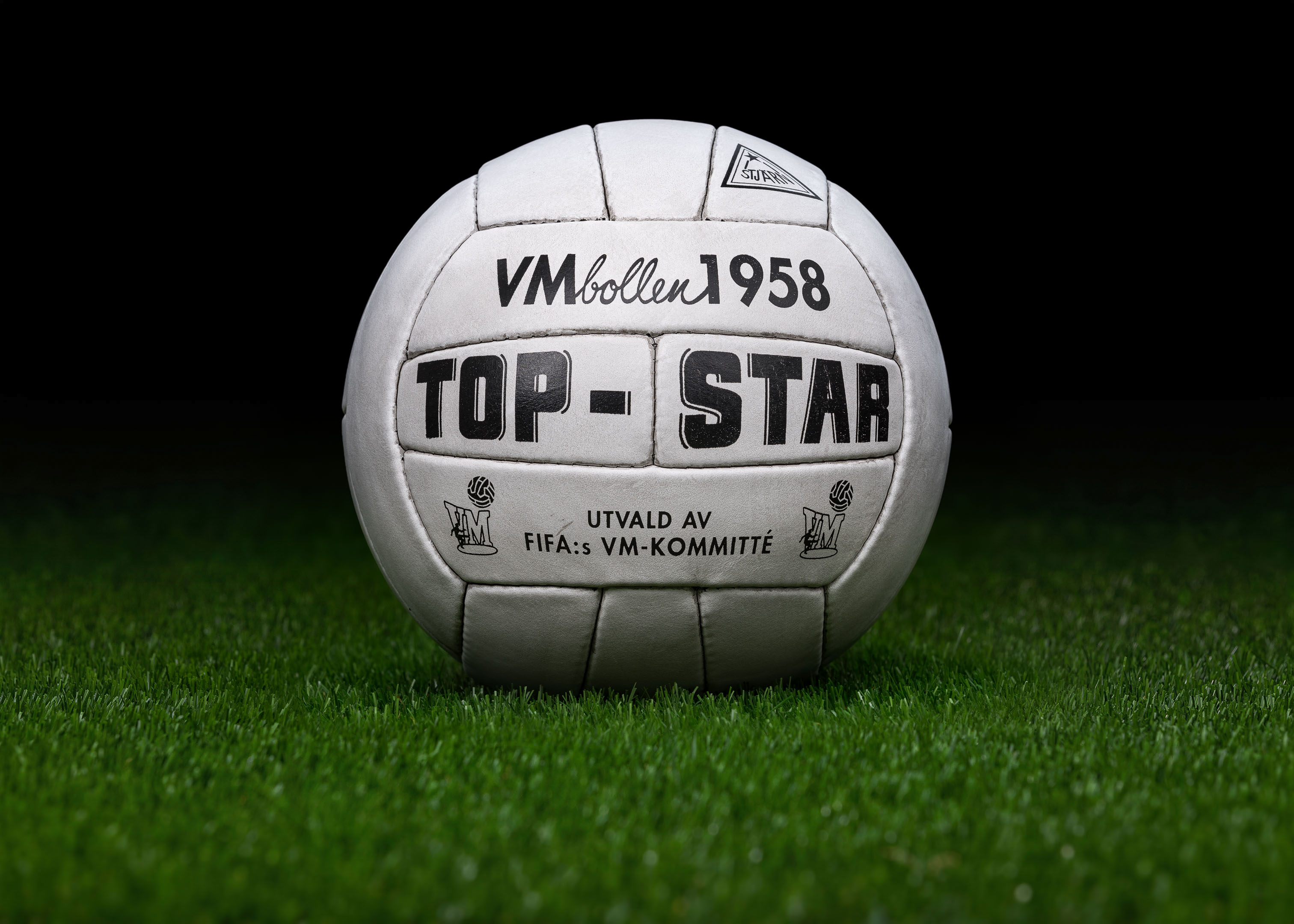 THE DESIGN OF THE TOP STAR

The Top Star ball had a popular design, it was similar to the balls of the time, however, on this ball there were long and sort panels, elegantly alternated between them: two short panels in the midst of two long panels and the inflation valve was in the centre of one short panel. This ball brought technological developements as well, these leather balls were treated with a waterproofing wax, making the balls more water resistant. The balls used in the 1958 World Cup were yellow, light brown or white. In matches when it was rainy or a little wet (just like in the final between Brazil and Sweden) the white ones were used.

THE SELECTION PROCEDURE OF THE WORLD CUP BALL

In November 1957 FIFA announced that all producers of balls – companies and/or factories – could enter a competition for which company would have the honour to supply the match balls for the 1958 World Cup. Companies had to send a ball, free from any markings or lettering, together with an envelope with the name of the manufacturer. Altogether 102 balls were sent in to the Organising Committee. On the office of the SvFF at the Rasunda Stadium in Solna (Stockholm) a lawyer, Mr. Bengt Steuch registered the balls and envelopes and numbered them from 1 to 102.

On February 8th 1958, 4 people from FIFA’s organising Committee, Sir Stanley Rous (England), Mr. Ottorini Barassi (Italy), Mr. Lorenzo Vilizio (Uruguay) and Mr. Valentin Granatkin (Soviet Union) plus 2 people from SVFF (Mr. Holger Bergérus and Mr. Bengt Agren) as well as Mr. Bengt Steuch who was responsible for the keeping the manufacturer of each ball being assessed anonymous, met in the morning at the office to discuss and evaluate the balls which had been entered. After lunch there were 10 balls remaining within the competition, with the other 92 balls having been discarded. These 10 balls were tested on the pitch at the Rasunda Stadium. After another two hours ball No. 55 was selected and signed by Sir Stanley Rous as the official ball of the 1958 World Cup. The winning ball had, for the first time, 24 panels and it was precisely that detail which made the difference from the other balls in the competition.

When the envelope for ball No. 55 was opened you could see that the company Sydsvenska Laderoch Remfabriken from Angelholm (Sweden) had produced the ball. They provided balls for all of the matches in the World Cup. Every team received 30 balls when they arrived in Sweden with the option to purchase additional balls. Brazil were the only team to do so. All balls were free from markings and lettering due to the instruction of FIFA,  just like in the previous World Cup in Switzerland. However, FIFA could not prohibit the manufacturer from advertising its balls to the public in newspaper advertisements or any form of marketing, only the balls used in the World Cup matches were not allowed to carry print on them. However, on Sunday June 29th (the day of final) the manufacturer were permitted to announce the name of the ball – „Top Star” – to the public.

The Top Star was also available as an alternative, substitute match ball for the 1962 World Cup as the European ball, in case the Chile  “Crack ball” was found not to be suitable. There were 100 Swedish balls as stand by available in Chile. Ball No. 55 is still left in a special display at Rasunda Stadium (Solna, Stockholm) in the room where the board of the SvFF still have their meetings. (The officers very kindly took pictures of this very fisrt Top Star ball that won the selection for this website.) The ball from the final is located in the office of the Brazilian FA in Rio. The Brazilian masseur, Mario Americo went onto the pitch at the end of the final and took it from the referee, Maurice Guigue from France, and ran away to the dressing room and hid the ball there… 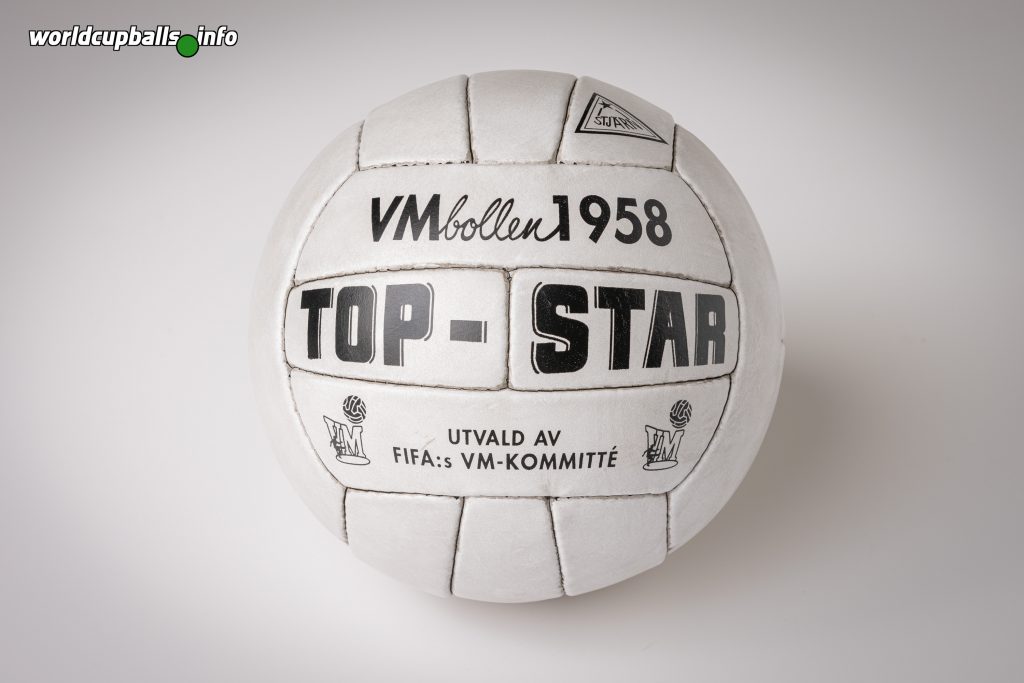 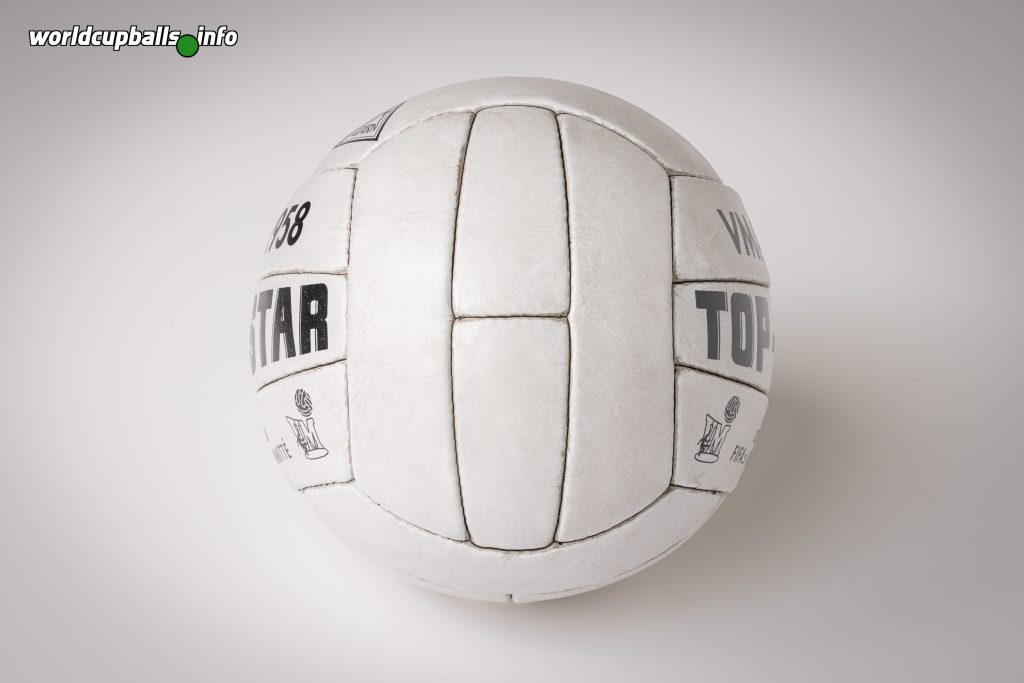 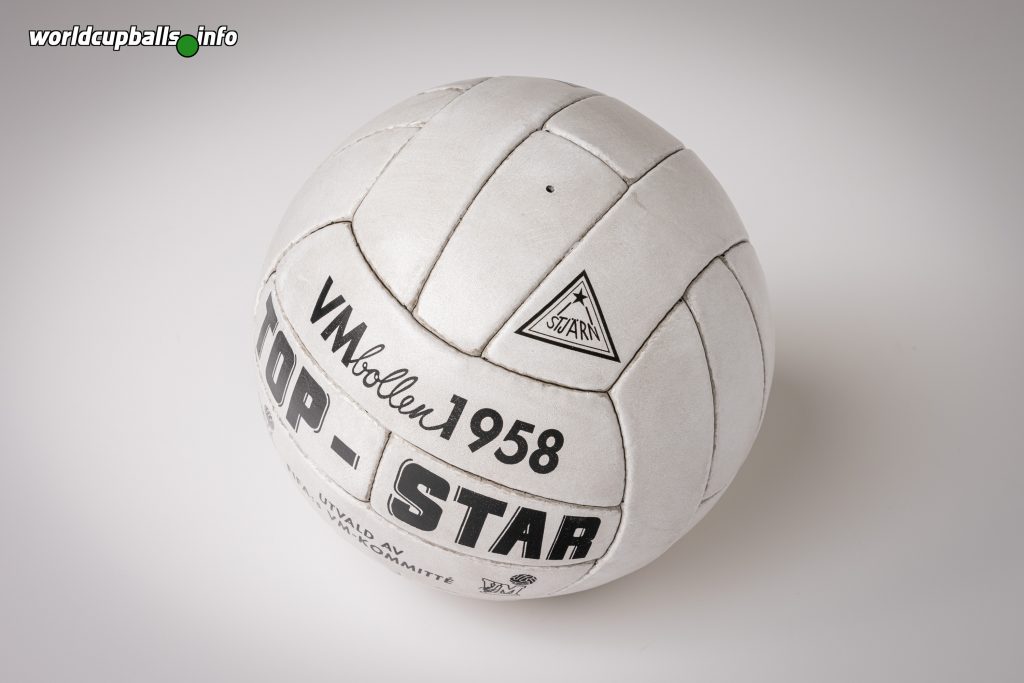 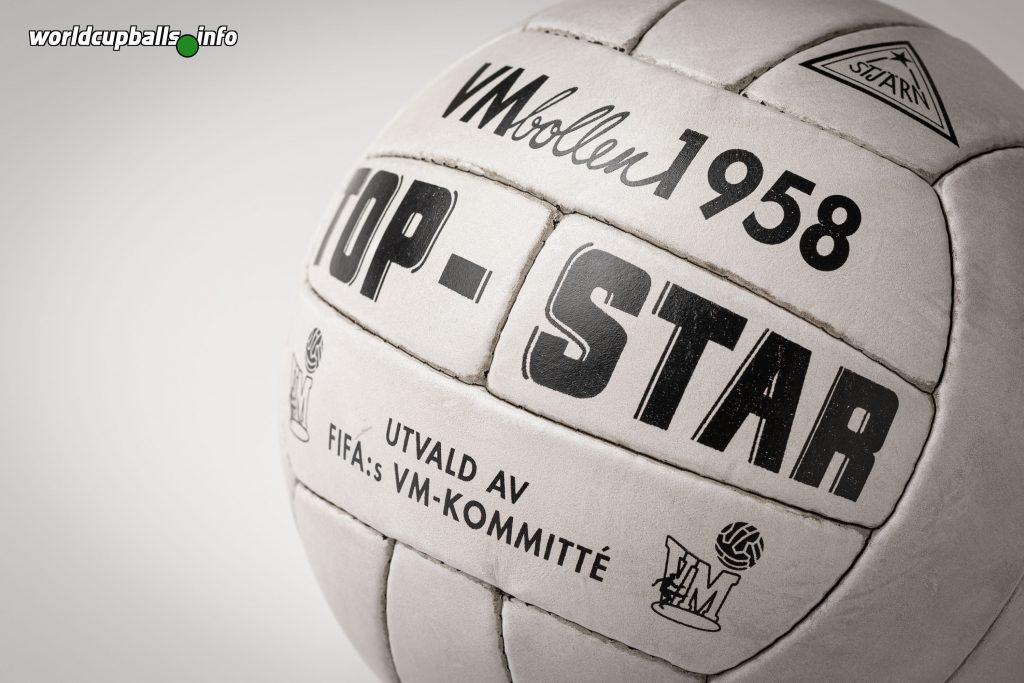 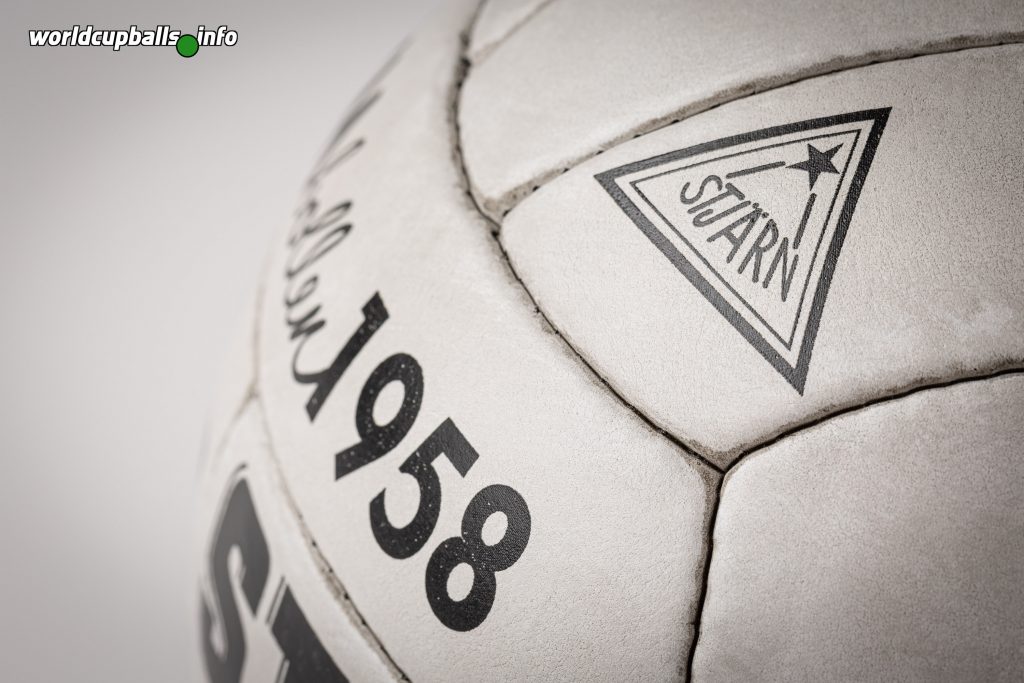 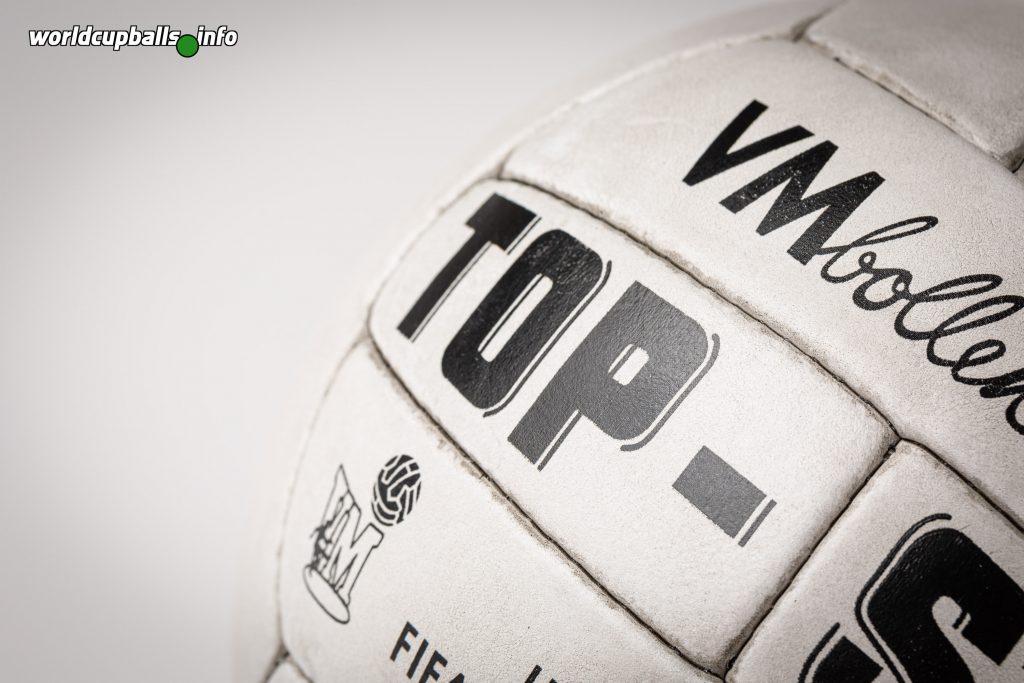 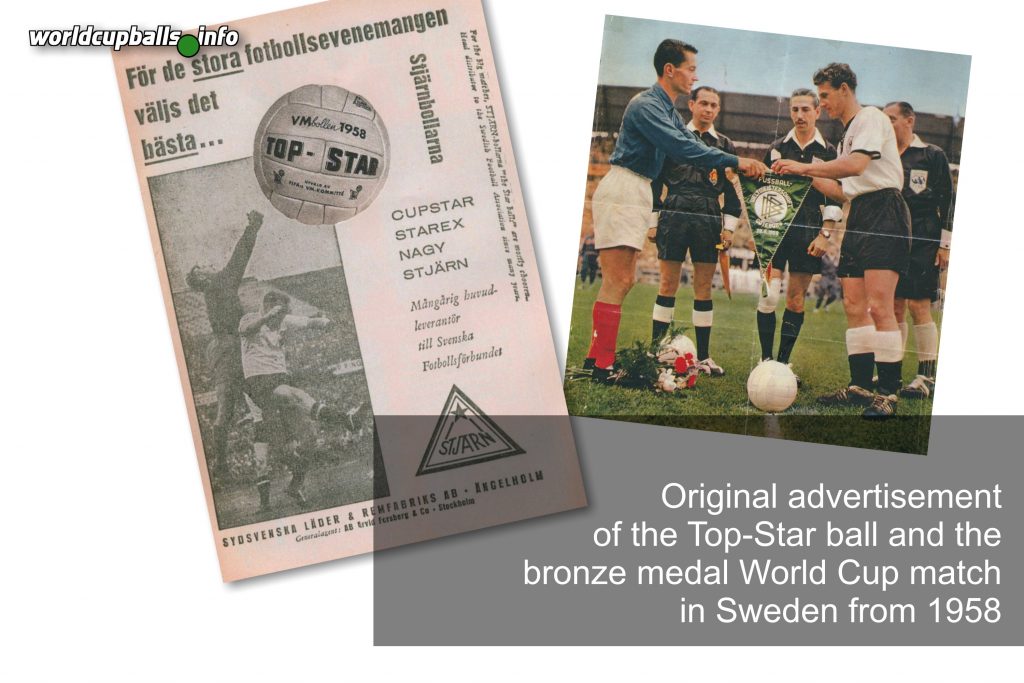 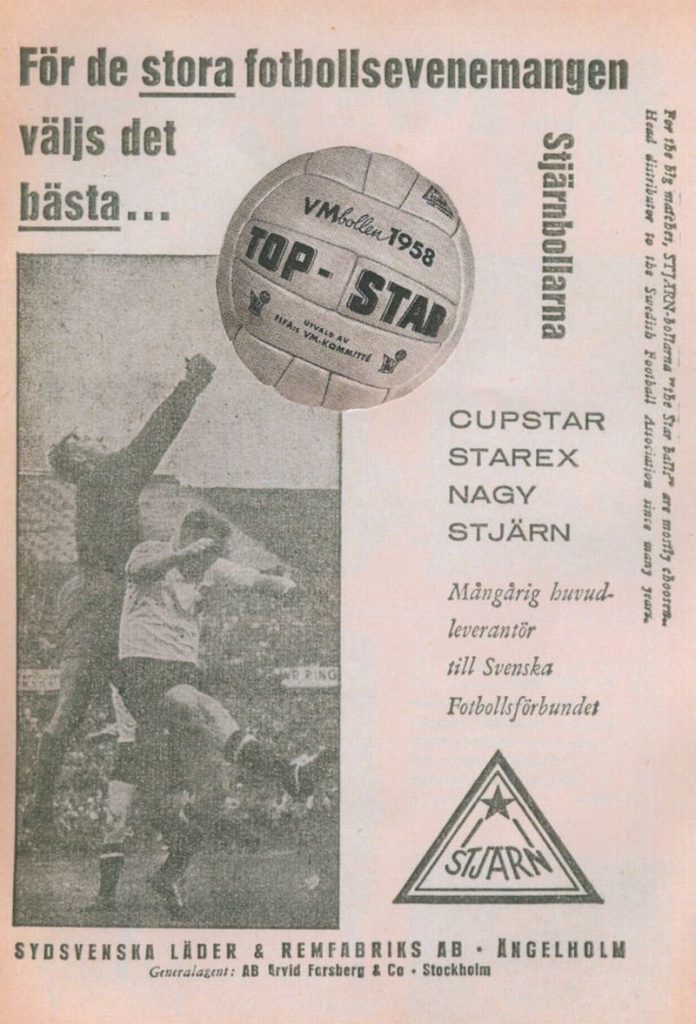 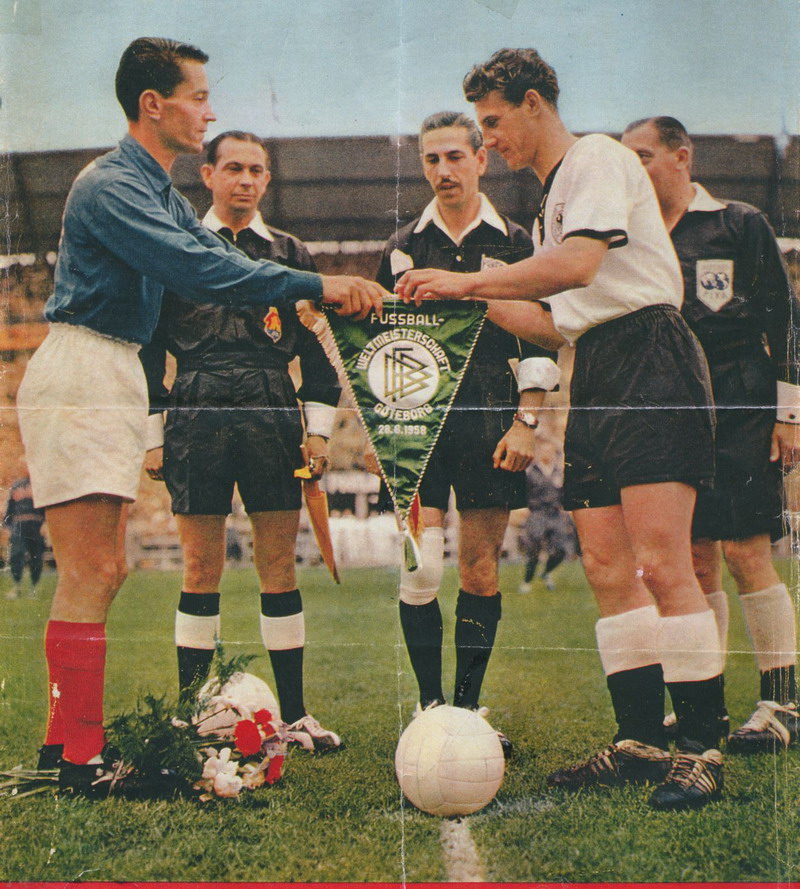 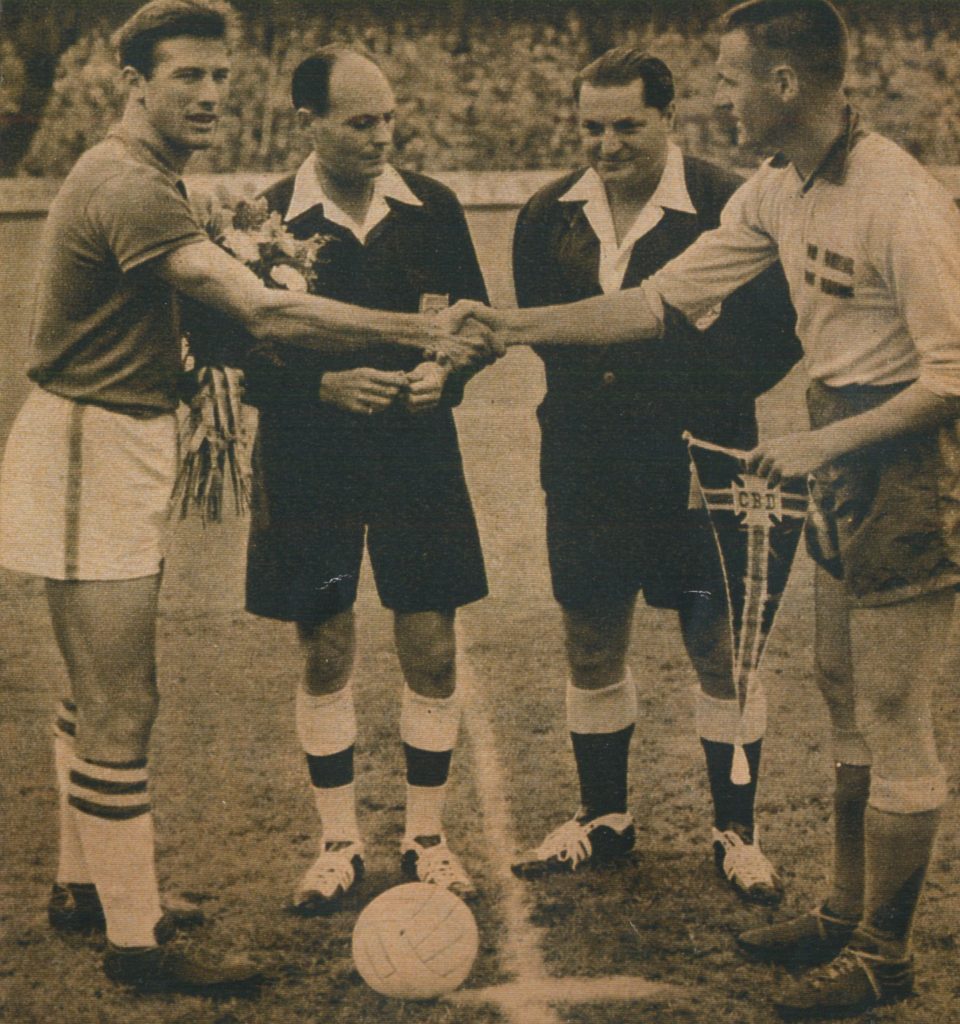