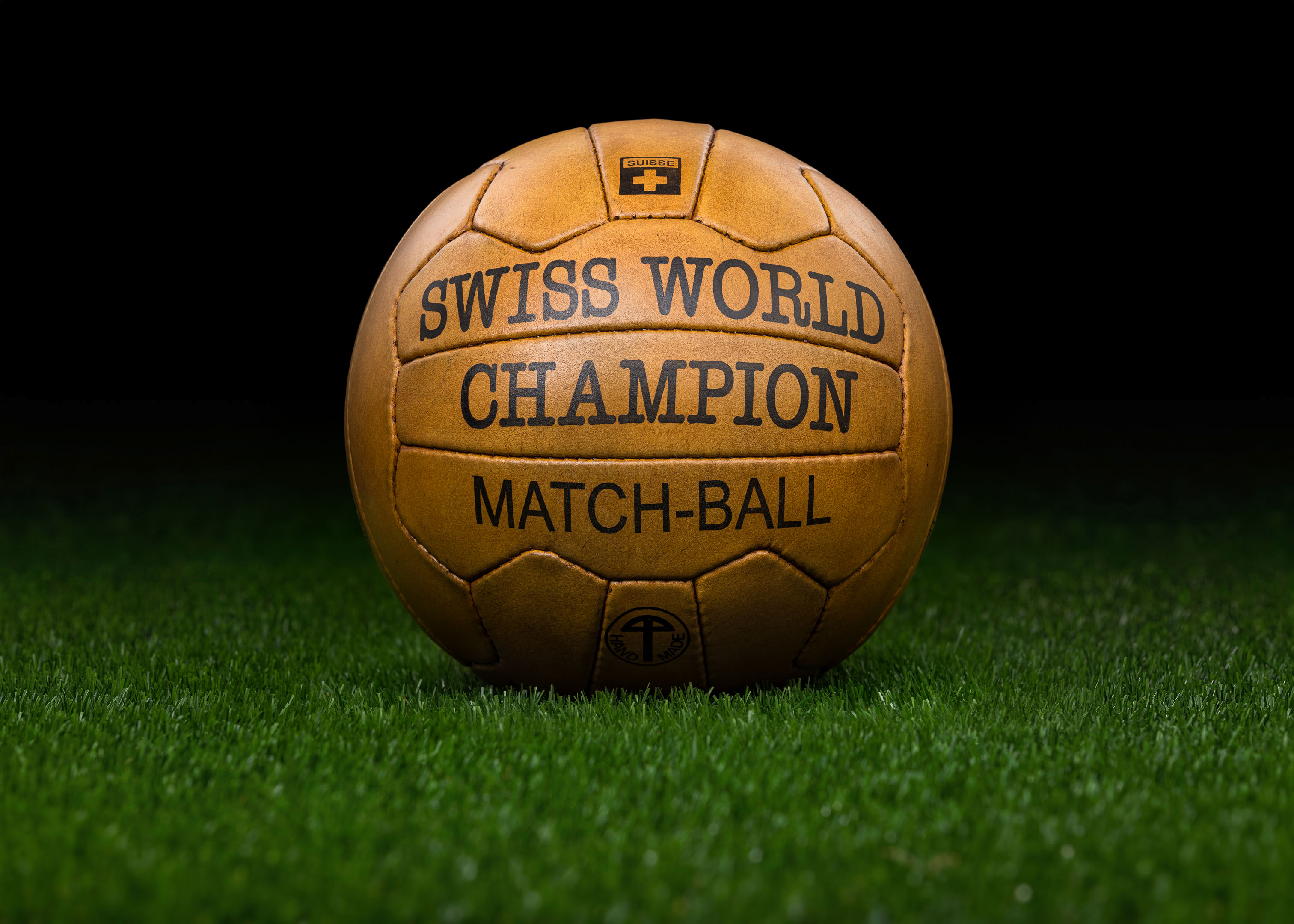 The 1954 FIFA World Cup was the first World Cup in Europe after the Second World War. Switzerland was chosen to be the host nation since it had not been damaged from the war and had the best available infrastructure among other possible European host countries. As usual since 1934, the official supplier of the balls came from the host country.

The official match ball of the 1954 FIFA World Cup was composed of 18 panels with zigzag edges, perfectly interlocked to each other. (The same panel structure was used by many Mitre balls for a long time.) The ball was completely hand sewn and no longer had laces – just like its predecessor, the „Superball” from the 1950 World Cup. The colour of the ball was not dark brown any more, rather an attractive yellowish or light brown. This made the ball more visible during rainy matches where the pitch contained mud. The name of this newly designed ball was „Swiss World Champion” and it was manufactured by the company „Kost Sports” from Basel. This company had produced the printed version of the balls with many logos and different text on it. This printed ball was strongly advertised before and after the World Cup and was available for purchase easily. We can see lots of photographs in different newspapers and magazines from 1954 where the players are portrayed with the „Swiss World Champion” balls. However, it is important to mention that according to the strict regulation of FIFA, all the balls that were actually used in the matches of the 1954 World Cup had to be free of print. Please observe the ball of the dramatic final in Bern between West Germany and Hungary and note that the ball had absolutely no print on its surface. According to documentation that this site received from FIFA,  the unused, anonymous balls made by the company Ulrich Schär AG were later sent to the Swedish Football Association to be donated to clubs or schools for education.

The previously mentioned strict regulations regarding print on balls only ended in 1974 in the case of the adidas Telstar Durlast balls (even the 1970 adidas Telstar Durlast balls were free of logos in Mexico) but for some unknown reason the „Crack” matchballs of the 1962 World Cup carried print. Overall as marketing became more and more important, FIFA, after the Mexican World Cup realised that they could no longer refuse the use of the branded balls in the World Cups any longer. After all, adidas became one of the most important sponsors of the World Cup and „deserved” the right to sell exactly the same balls to the public that were used in World Cup matches.

THE AFTERLIFE OF THE 1954 WORLD CUP BALLS

Since the „Swiss World Champion” was sold in a relatively large scale, some of them can be found in museums and private collections to this present day. However, the real matchballs without prints are extremely rare – indeed, if ever found. One of them (the final ball of the World Cup) is kept at the German Football Museum in Dortmund. But even the printed versions are rare now. One of them belonged to the Swiss Sportmuseum in Basel and some other models are kept by our collector friends. They are worth for a lot of money, no matter if the printed versions were never used in any of the matches of the Swiss World Cup. However, one of these balls was auctioned a few years ago for 12,500 EUR in Germany. 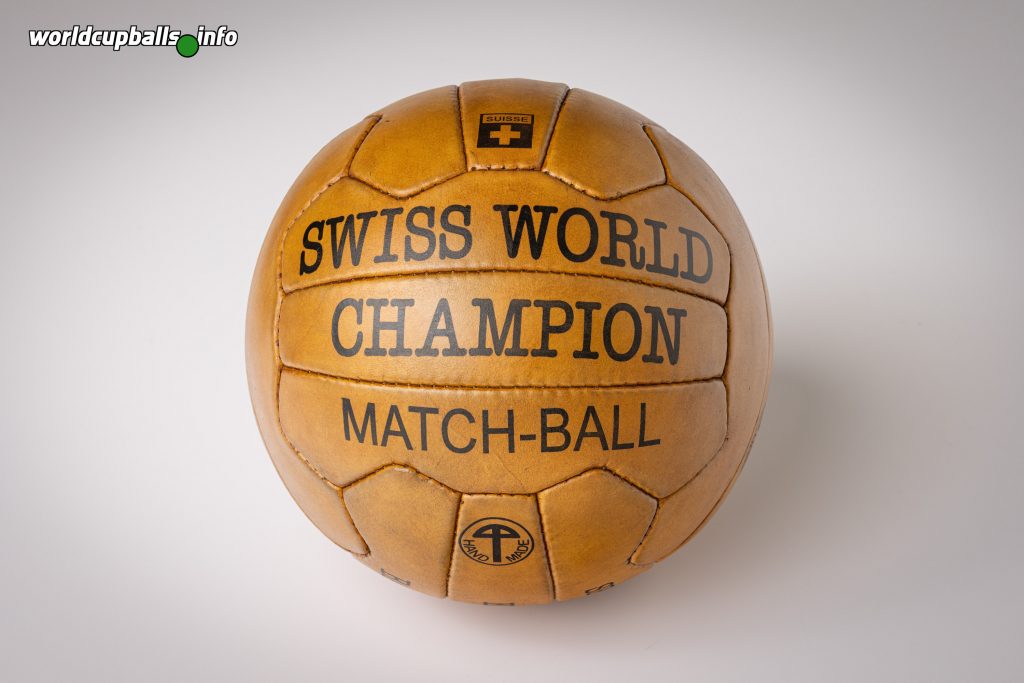 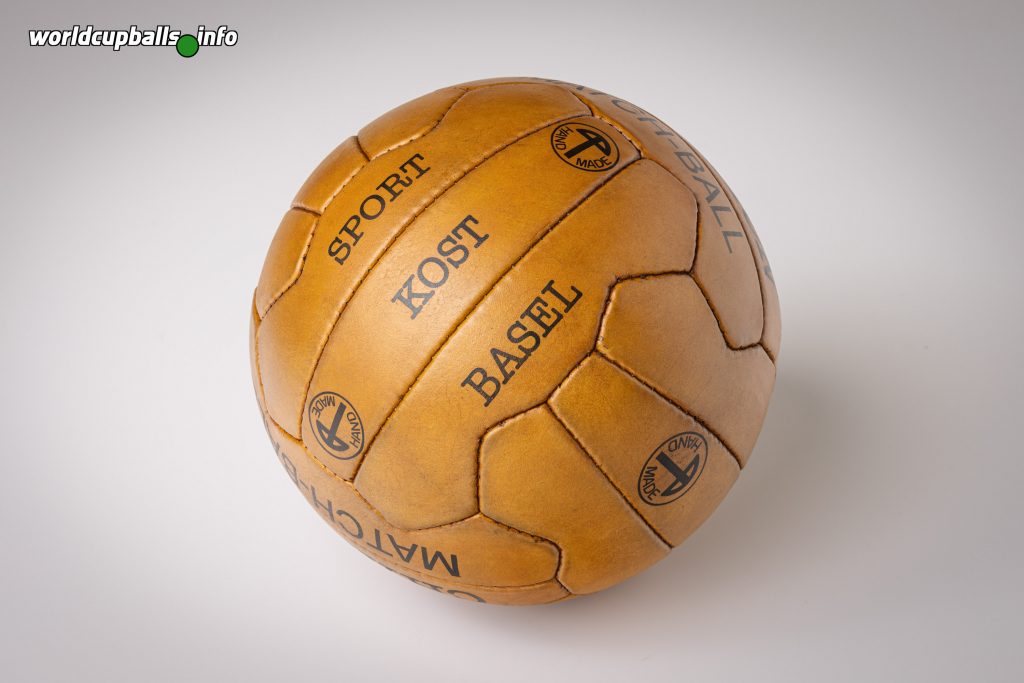 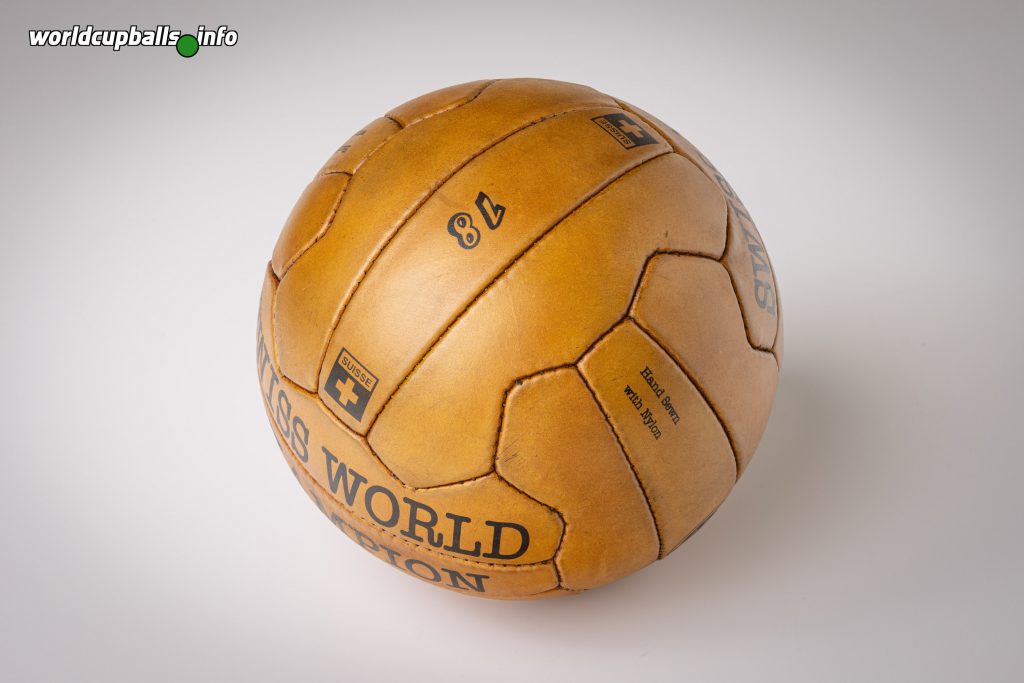 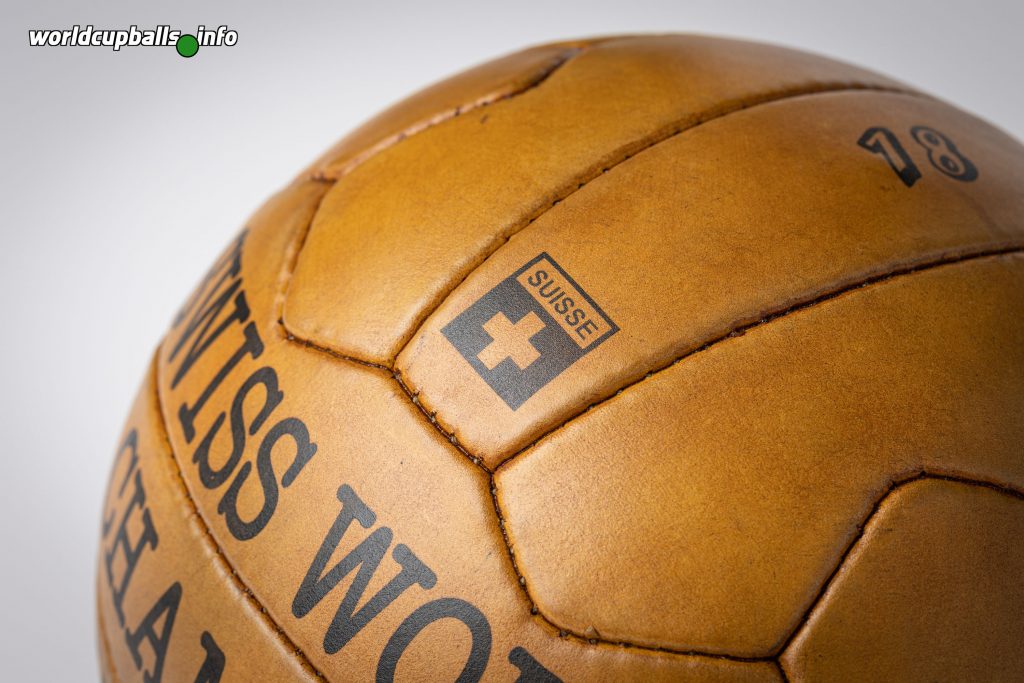 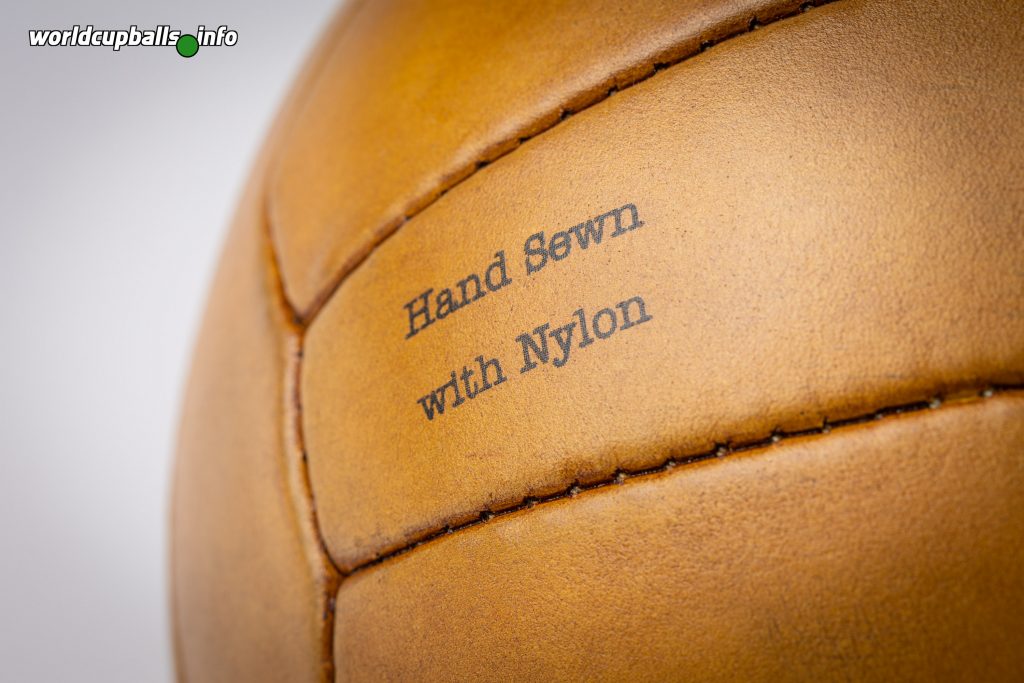 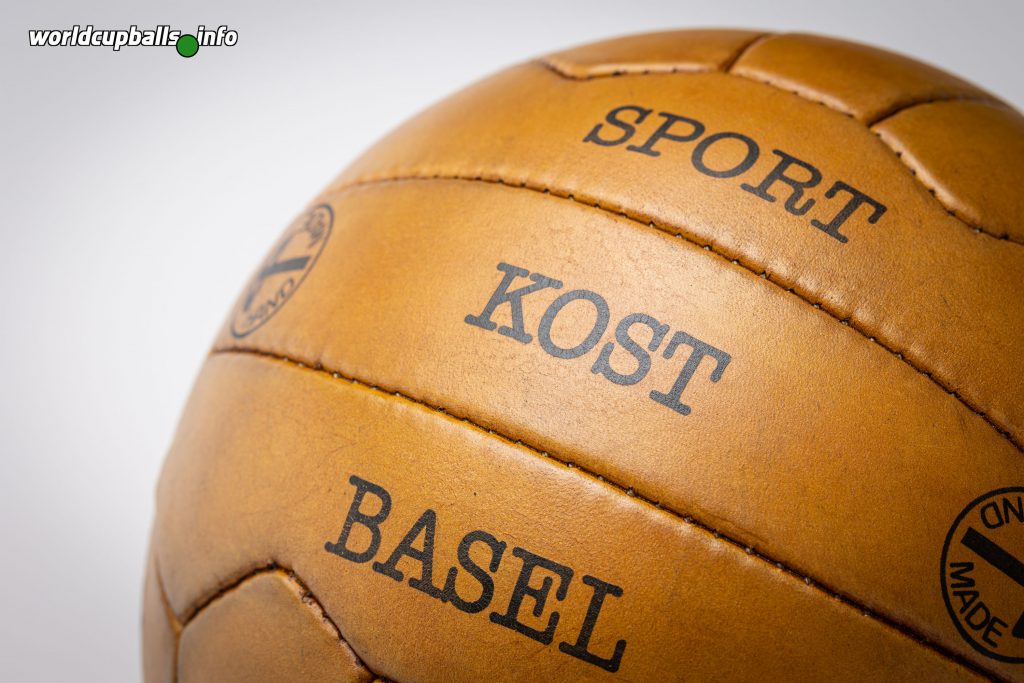 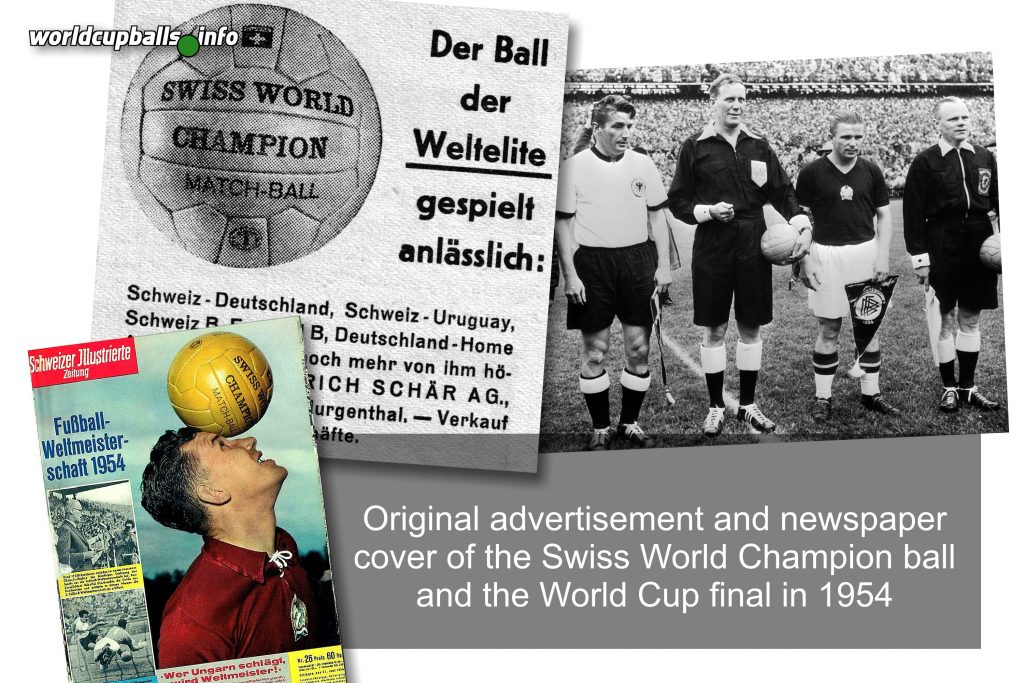 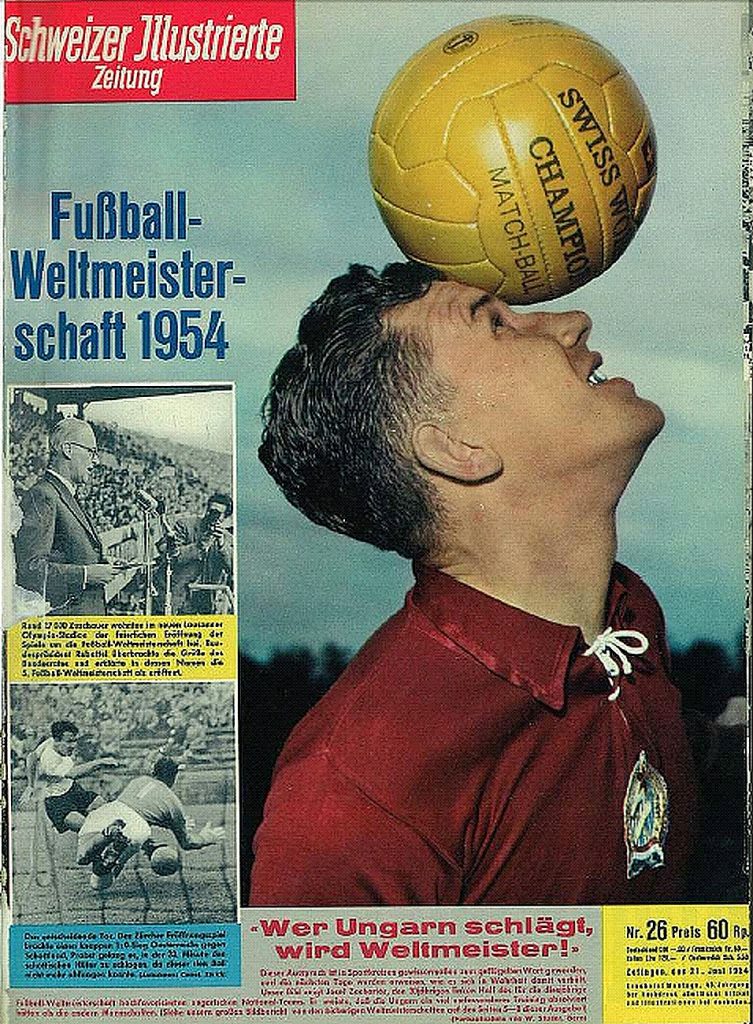 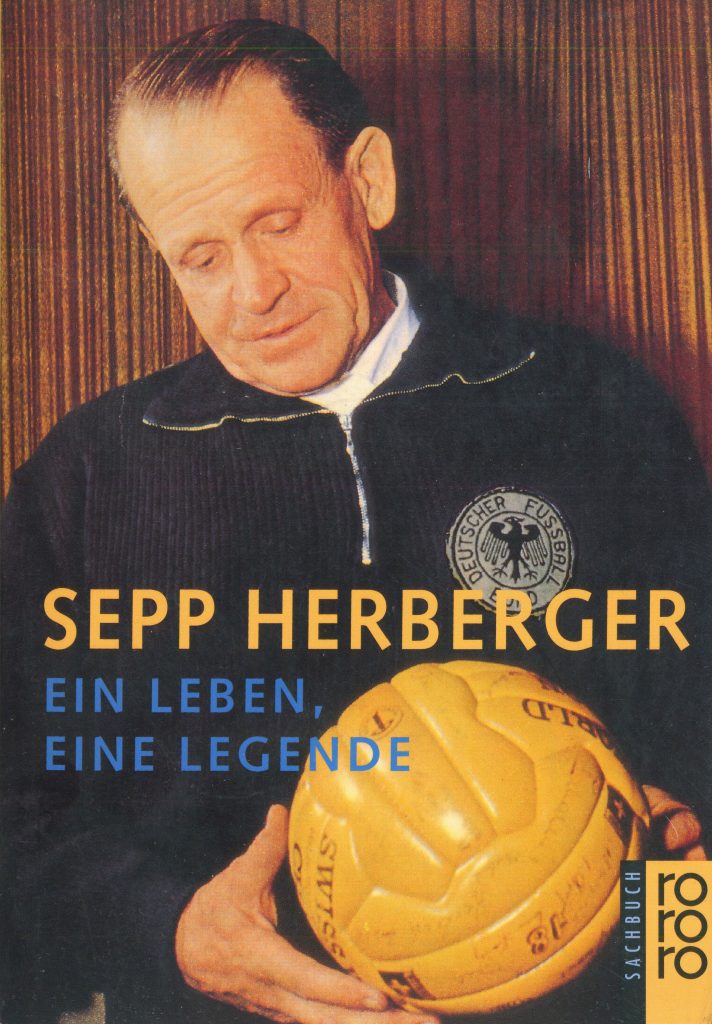 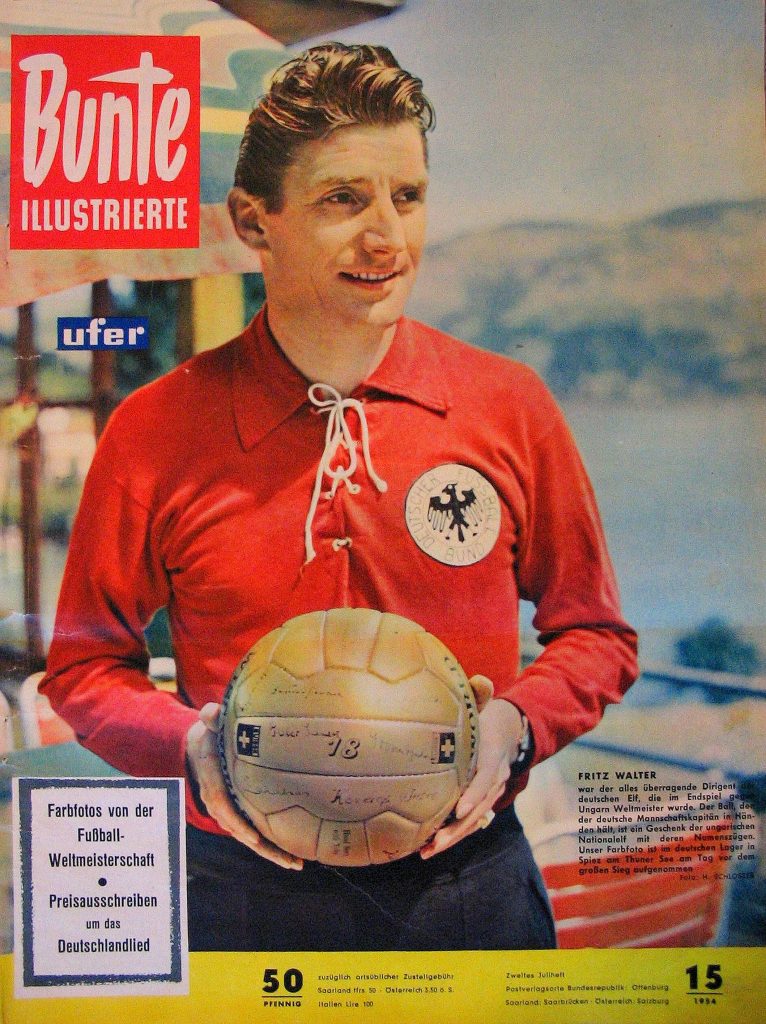 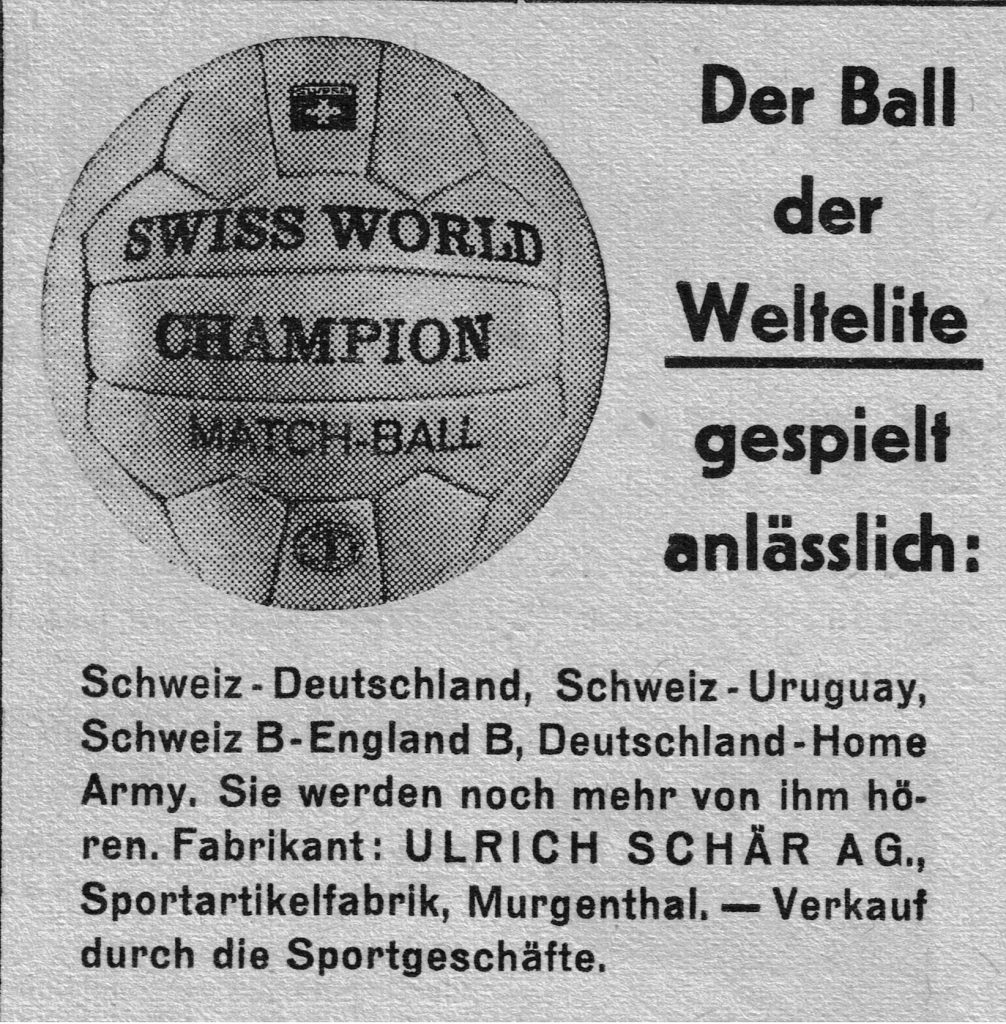 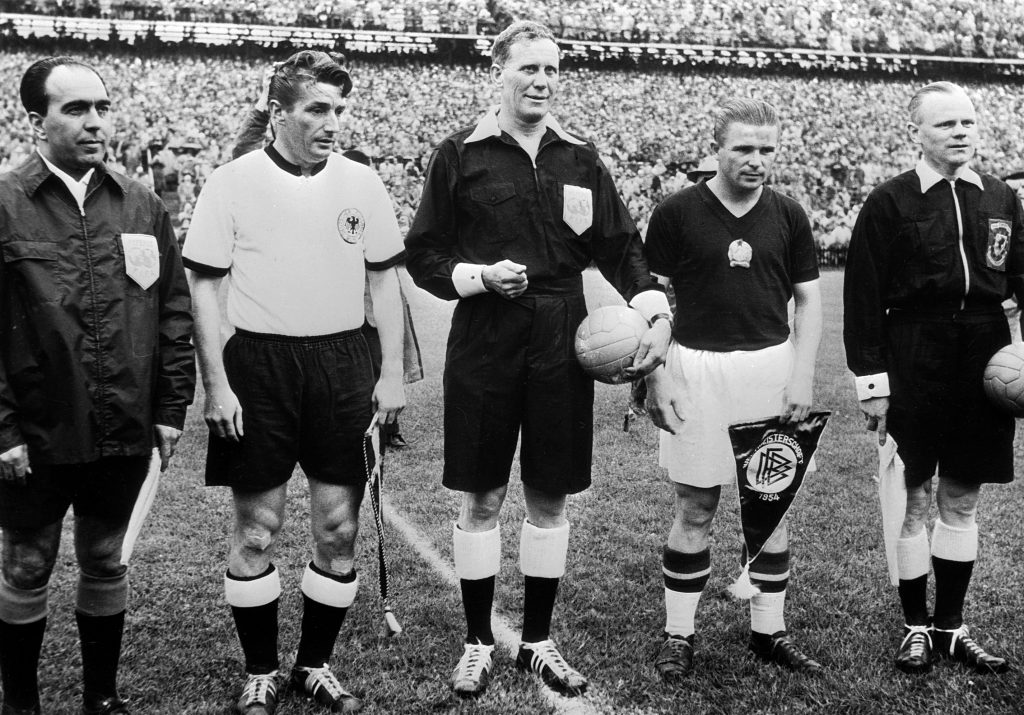 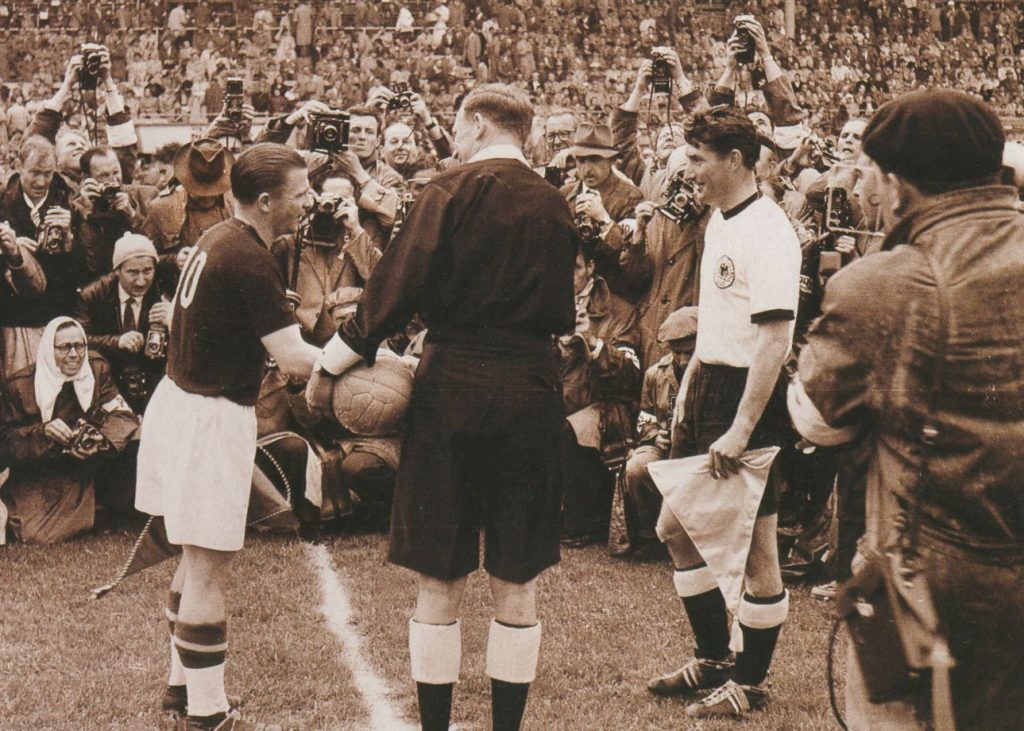 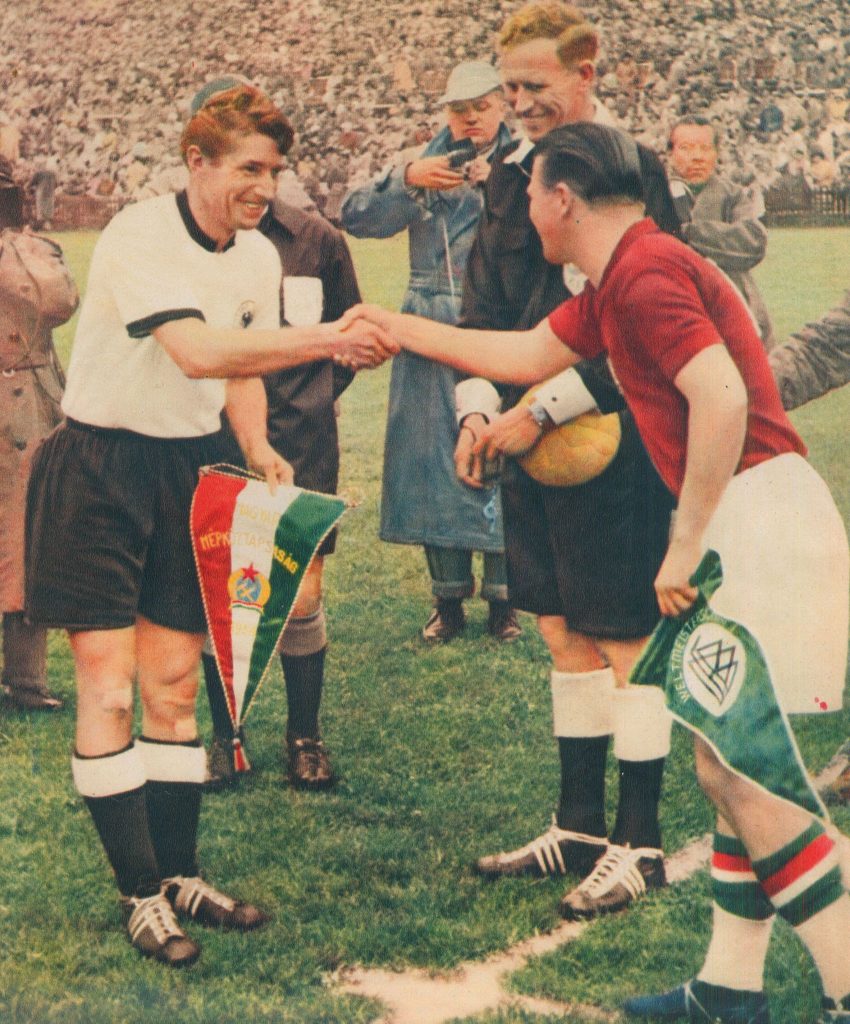 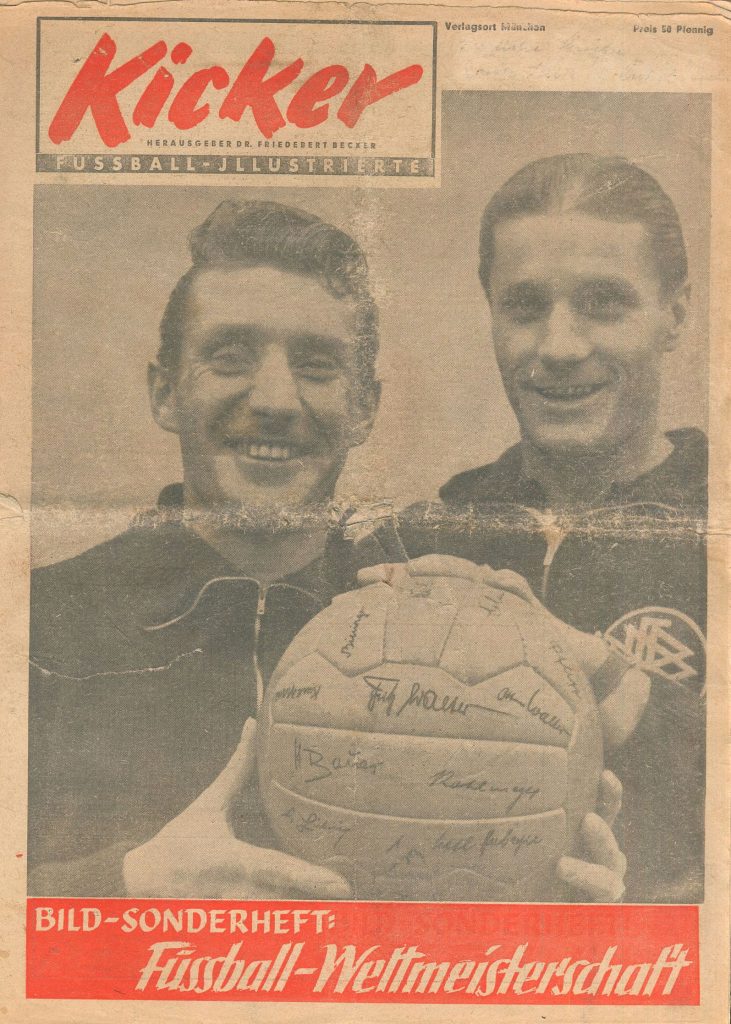 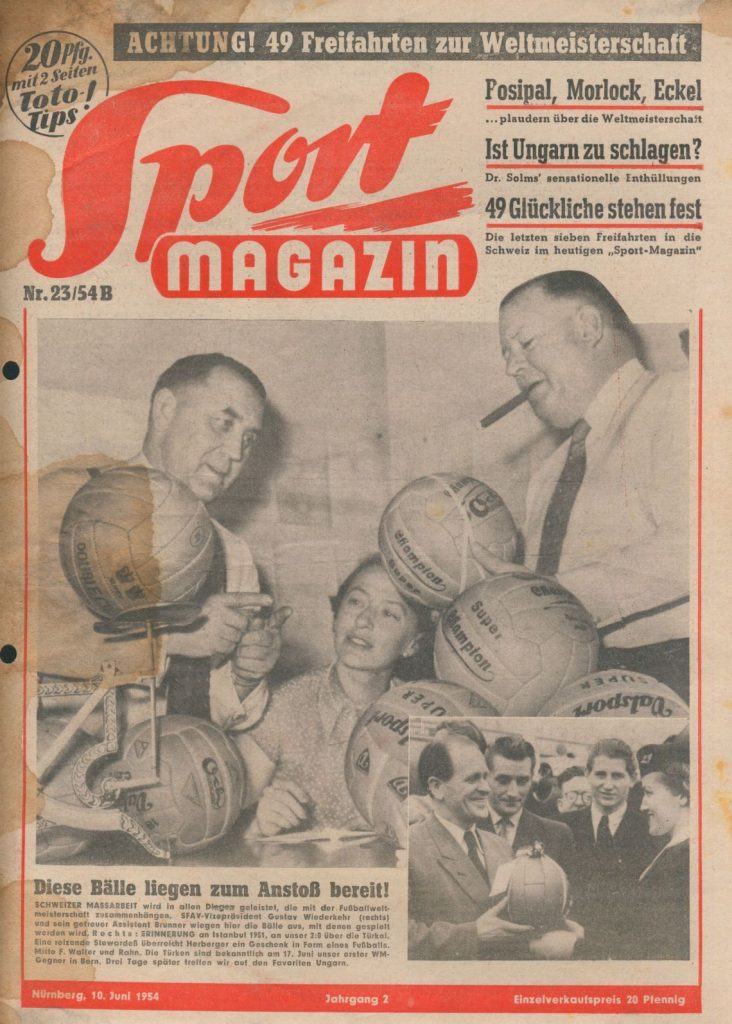 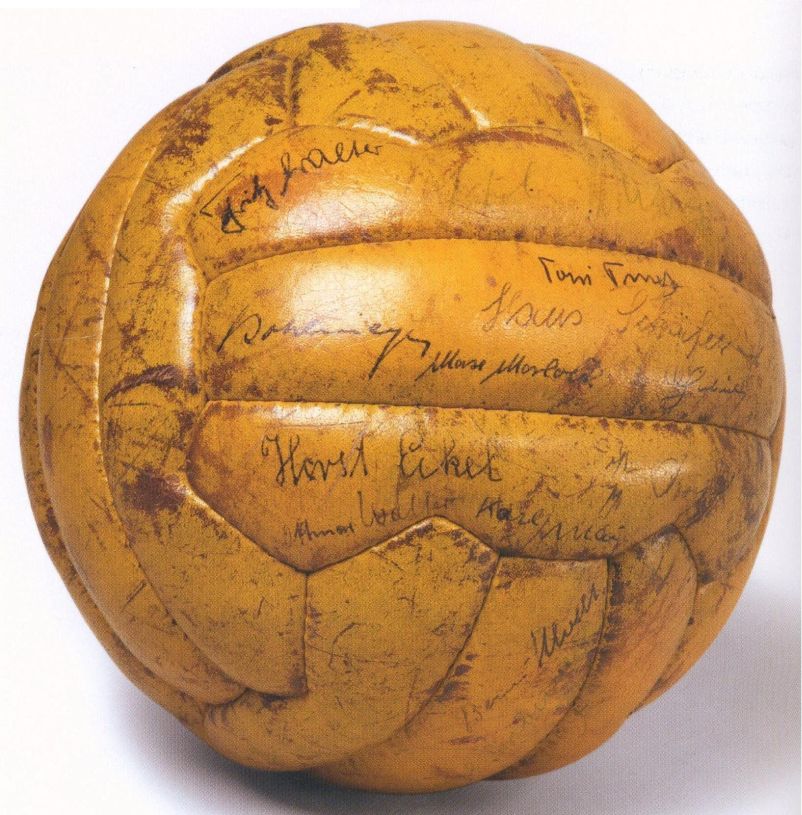 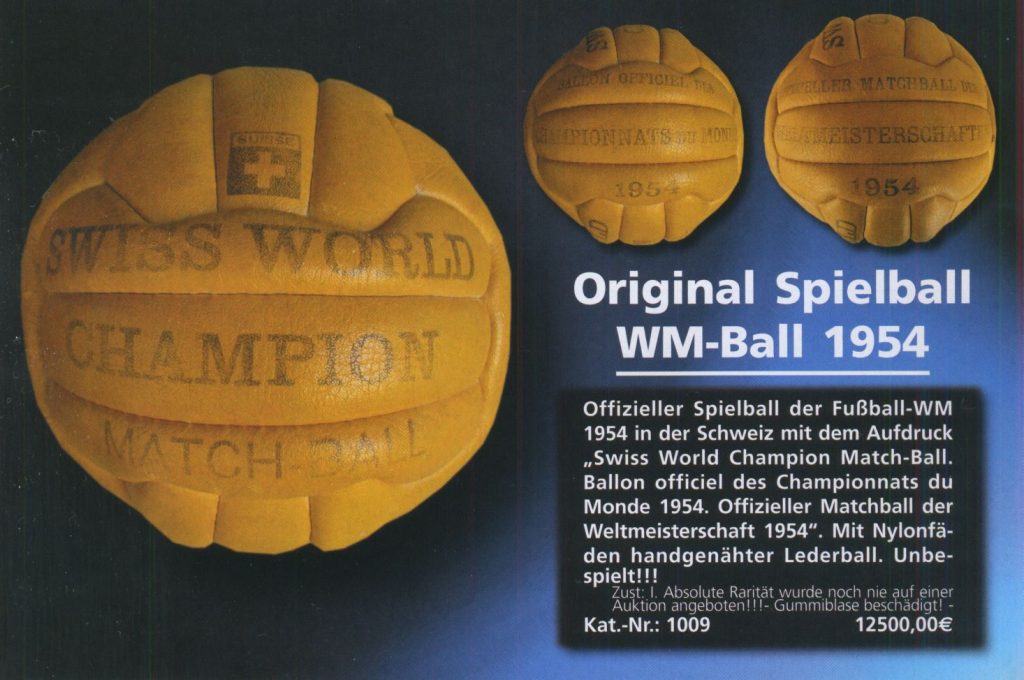 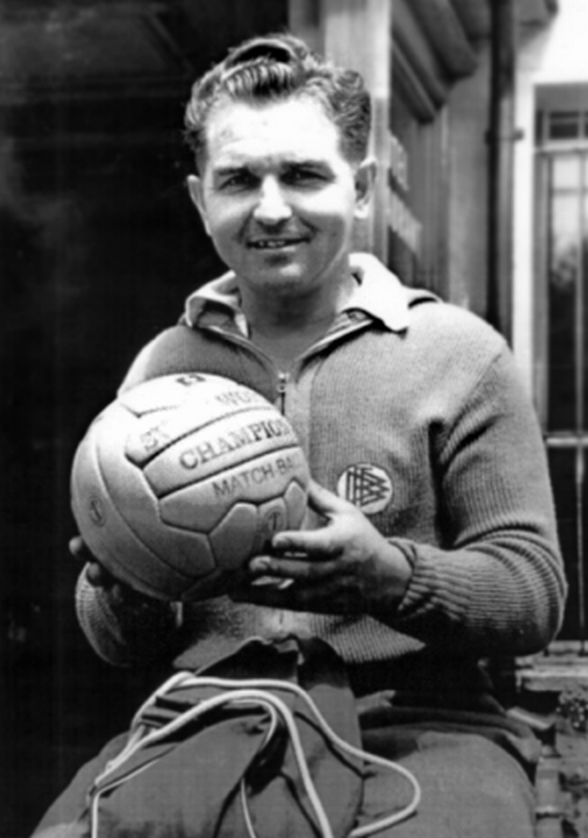