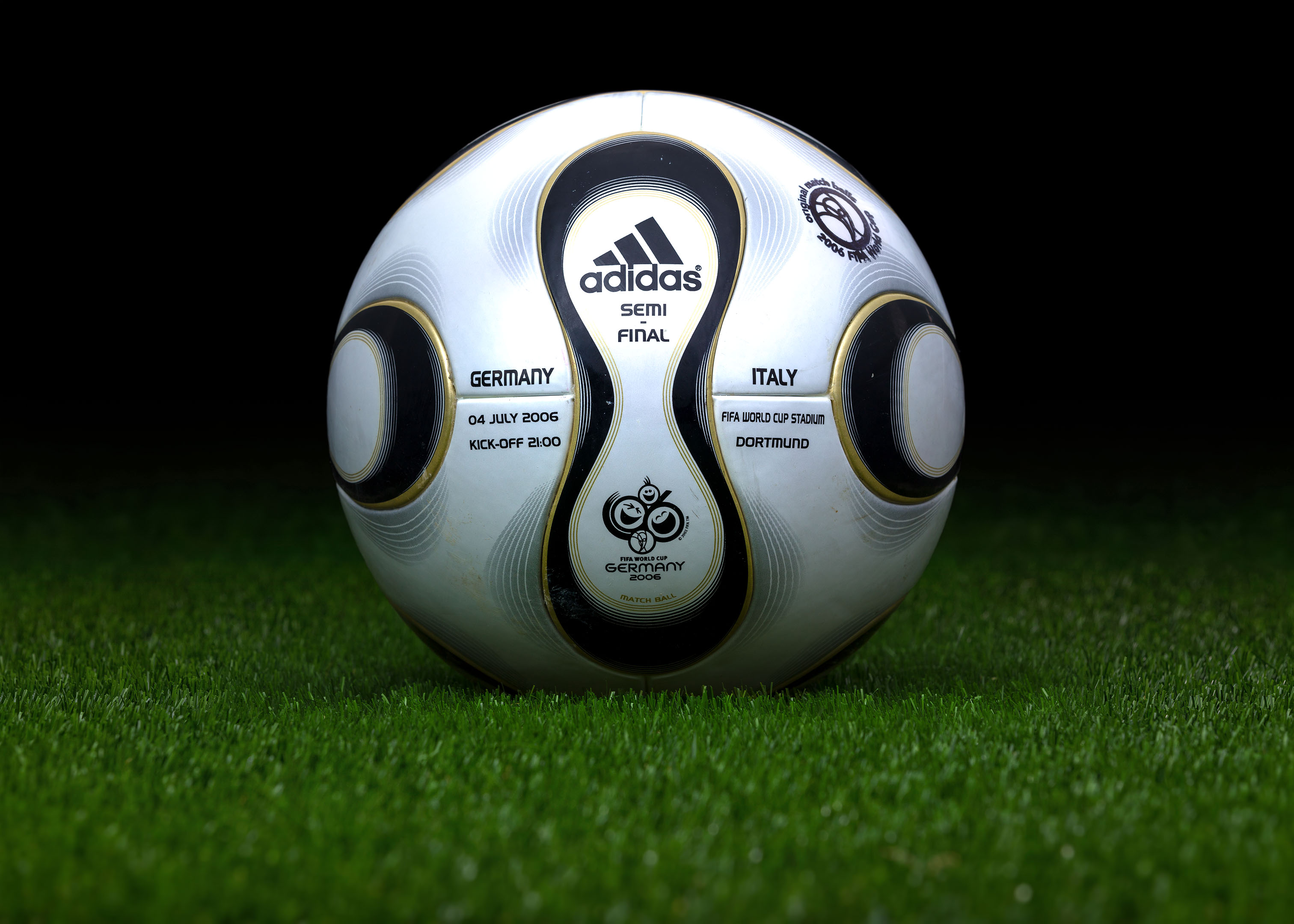 A REAL BREAKTHROUGH IN SOCCER PRODUCTION

By creating the Teamgeist ball, Adidas opened a new chapter in the history of World Cup balls. This was the first ball whose panels were not sewn by hand, but glued together. This was a revolutionary innovation in ball production, but Adidas had already introduced the technology two years earlier, at the 2004 European Championship in Portugal, in the case of the Roteiro. That ball still consisted of 32 panels, but the Teamgeist only has 14 panels, 6 of which are sponge-shaped and 8 complement them. Adidas explained that by building the ball with fewer panels, the panels are larger, making players more likely to hit the panel itself and less likely to hit the area where the panels fit together. In the first case, the kick is more accurate because there is nothing to deflect it. It is important to note that the technology of the glued panels was later adopted by other manufacturers from Adidas, but it is interesting that for a few years in the German Bundesliga, they have played with hand-sewn, 32-panel balls again, although these balls are no longer supplied by Adidas, but by Select under the name Derbystar.

Teamgeist means team spirit, which refers to the German mentality and togetherness. Without a doubt, this ball was the biggest breakthrough in the line of World Cup balls. On the ball, A.I.T. (Adidas Innovative Team) worked, and during the tests it turned out that it is 30% more accurate than the best balls of competing manufacturers. After dipping in water, the Teamgeist only became heavier by 0.1% of its weight, so it was possible to further increase the water resistance of the ball, since it was not necessary to cover it with an outer layer due to the gluing, as in the past, for example, in the ’70s, Telstar balls were coated with Durlast layer. The Teamgeist was made using “underglass printing” technology, which guaranteed the brightness, accuracy and durability of the colors. The Teamgeist was produced in Asia (Thailand and China) and sold more than 15 million units.

IMPRINTS ON THE BALLS

The German World Cup was the first where inscriptions were printed on the balls, which contained the data of the current match (teams, date, start time, host city, stadium). By the way, Adidas already introduced this practice at the 2004 European Championship, but it just made its debut at the World Cup in 2006. Together 15 balls were labeled for one match, so during the 64 matches at the World Cup, 960 balls were prepared for the matches. And the balls that were actually used in the matches were given a “game used” stamp afterwards. This practice continued even later (only after 4 years they did not put a stamp on the balls, but stuck a sticker on them), the price of such game used balls on the market has been very high ever since.

SEPARATE BALL FOR THE FINAL

2006 was the first World Cup where Adidas created a new ball for the final match, which they named Teamgeist Berlin. This ball had golden sponge slices, a reference to the World Cup trophy. This type was presented at the Brandenburg Gate in Berlin on 18th April, 2006 by Franz Beckenbauer, who was the chairman of the organizing committee. When it became clear that the final would be played between Italy and France, 1600 imprinted balls were launched 3 days before the final and were sold in Berlin at the venue of the World Cup. Of course, these balls were in high demand, so many of them were auctioned on the Internet, and those who could buy more of them made a high profit. By the way, you could also get the ball for the opening match of the World Cup from an official source, which was put on the market for fans in a larger number (Germany – Costa Rica). 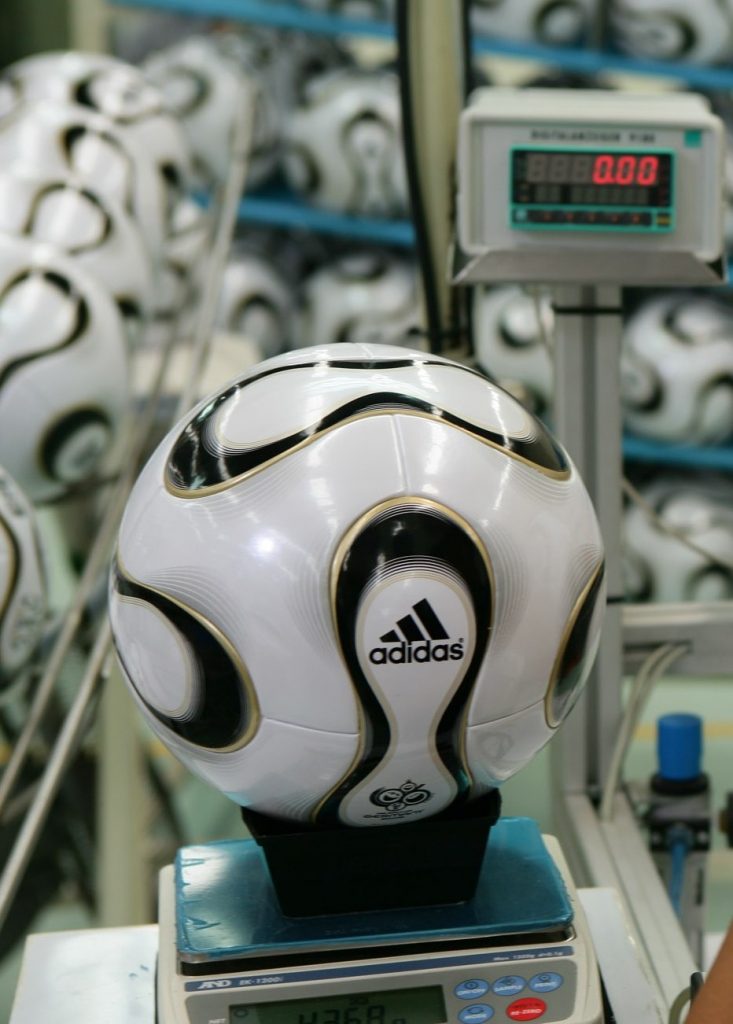 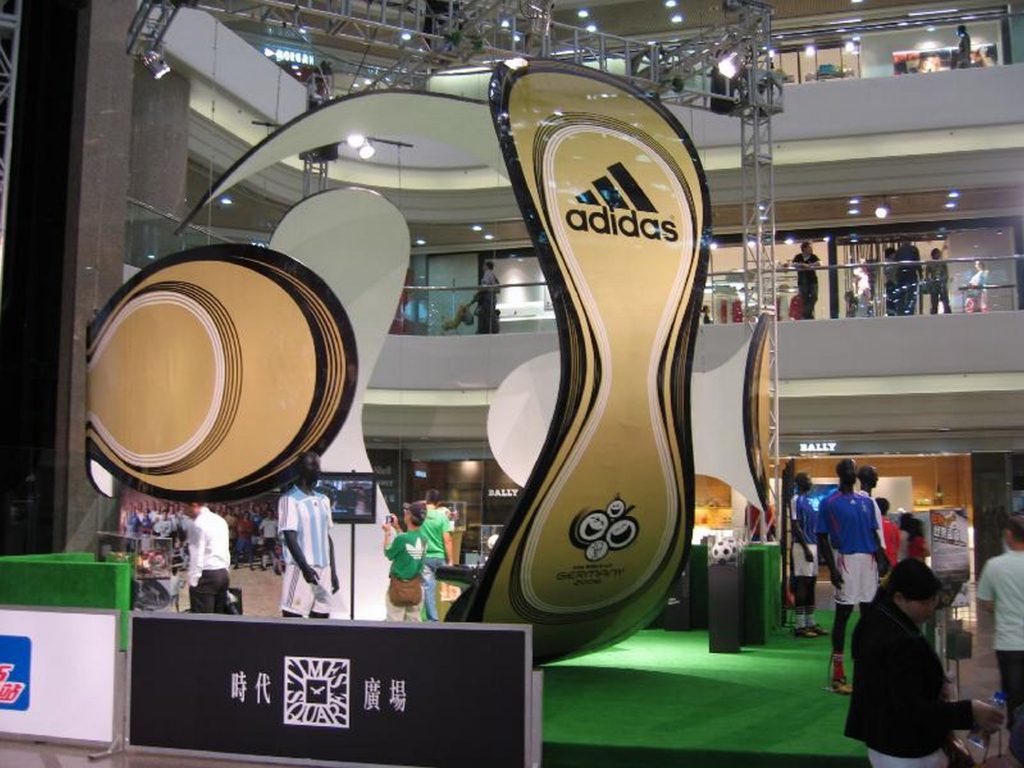 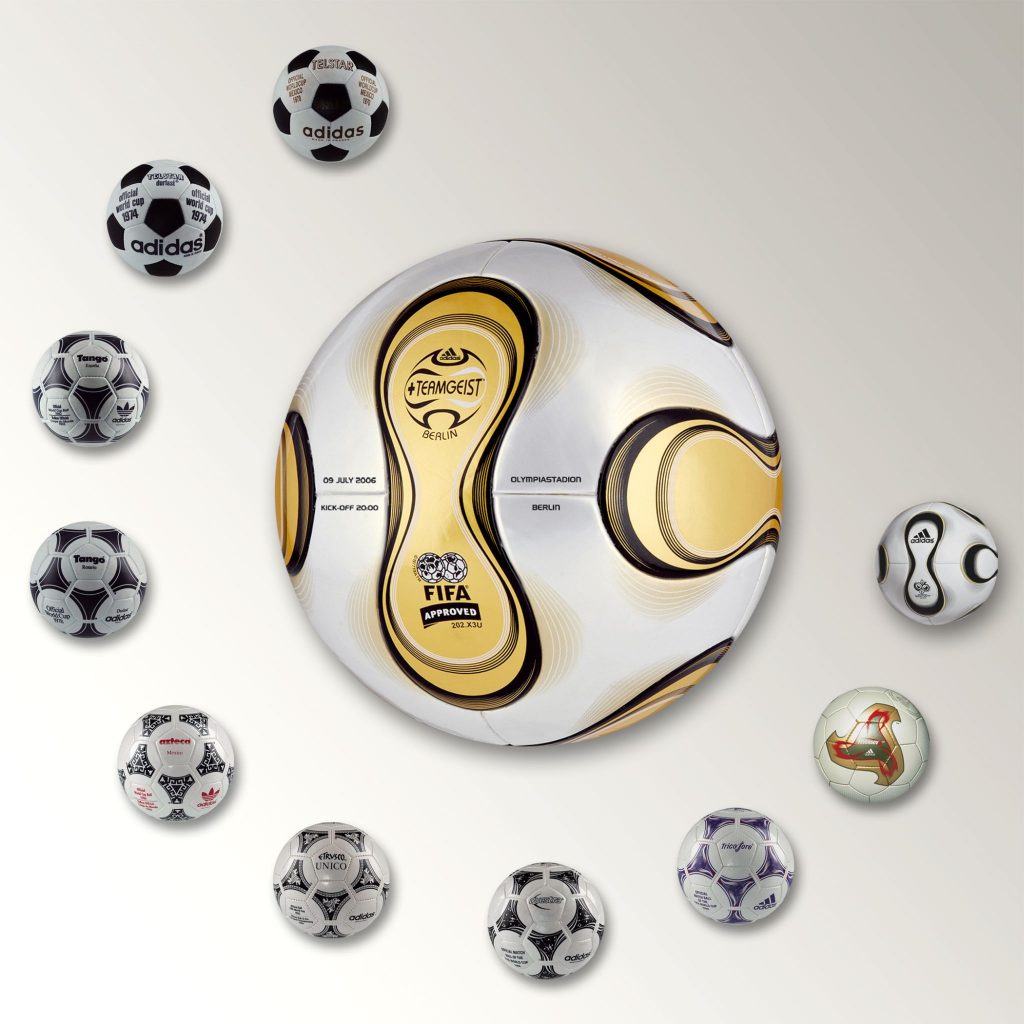 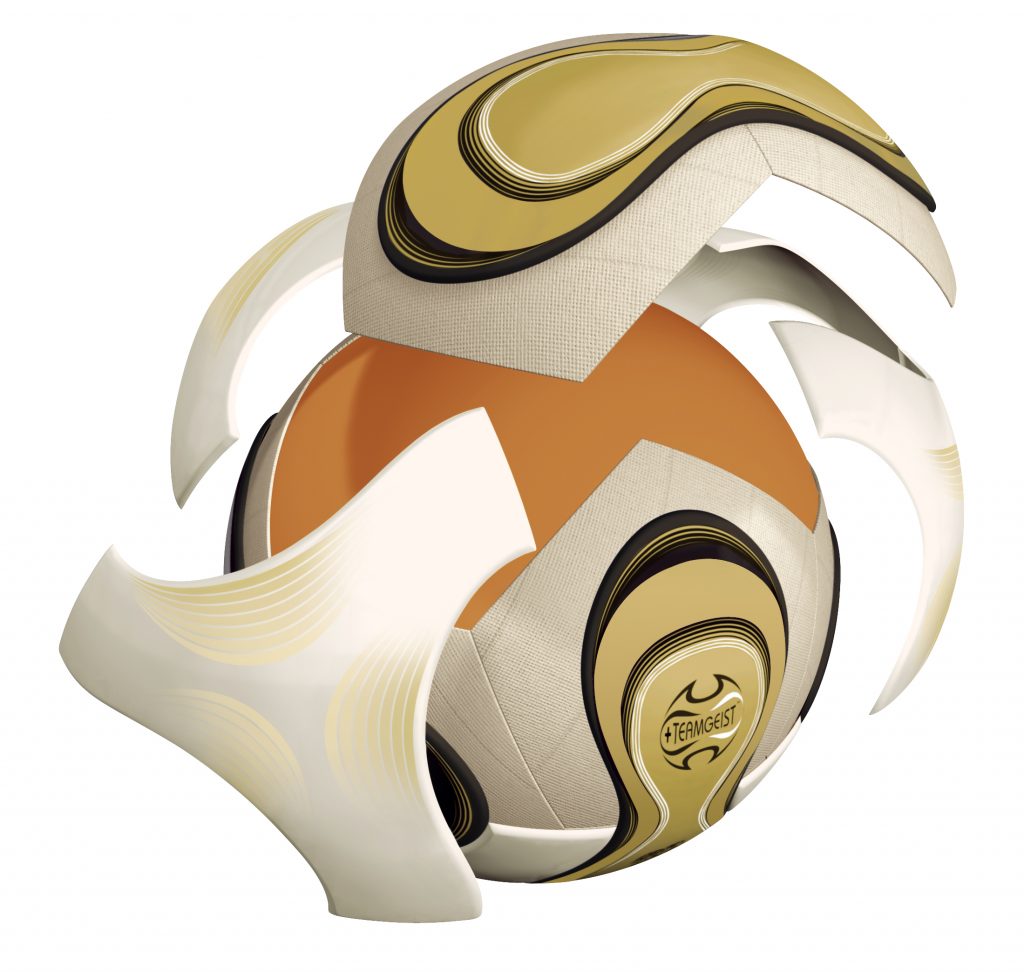 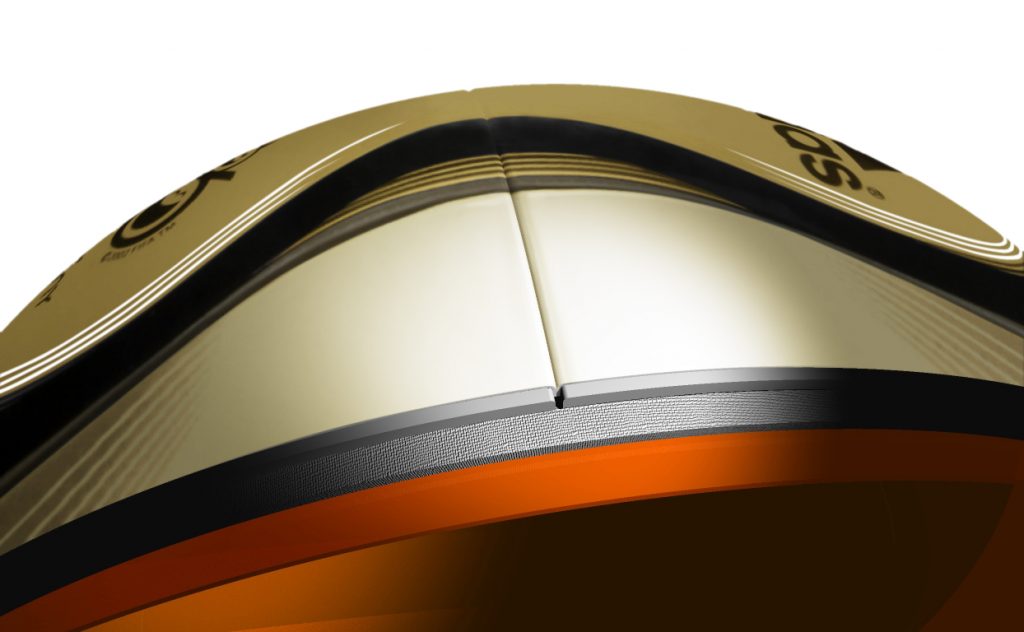 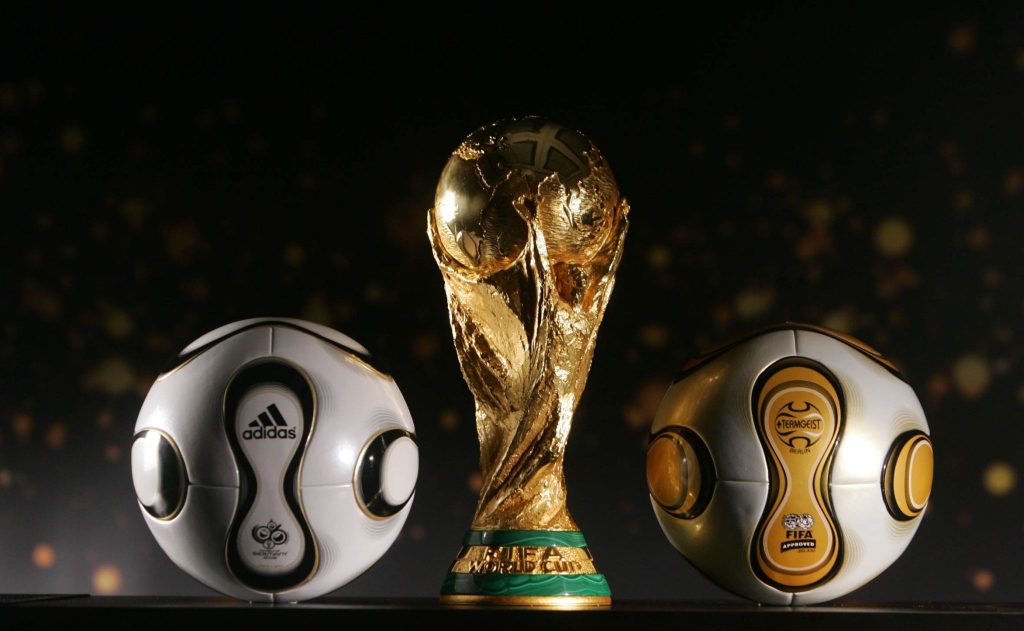