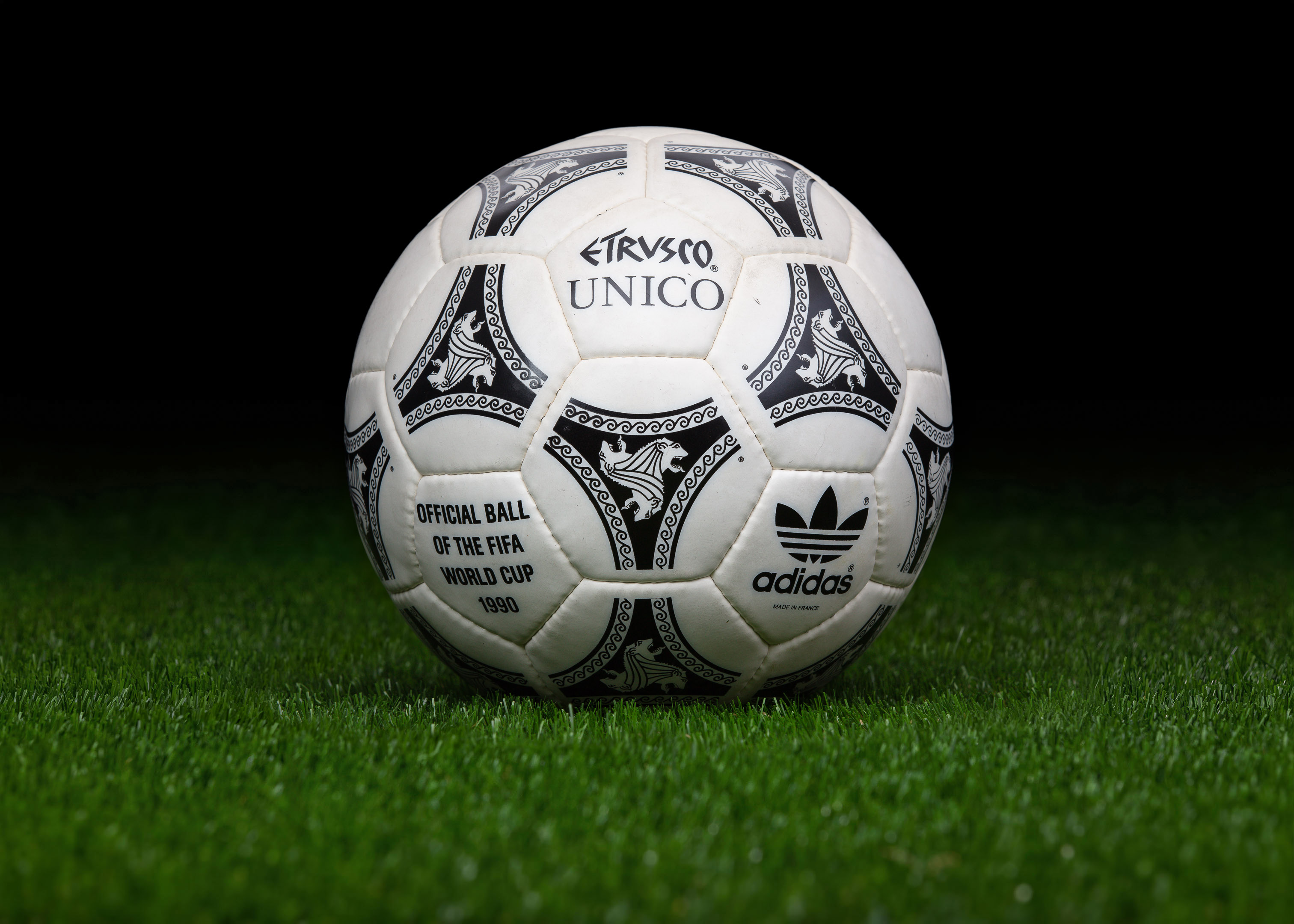 THE BALL WITH THE THREE LIONS

In 1990, adidas continued the tradition of naming the World Cup ball in honor of the host country. Etrusco Unico commemorates the ancient Etruscan civilization and art, dating back to the 9th century BC. and flourished in the Apennine Peninsula, in today’s Italy. The inscription “Etrusco” is written on the ball in ancient Greek style, while “Unico” is written in the usual Latin letters. Of course, the Tango motif was left on this ball as well, and here three Etruscan-style lion heads were placed on it. The number three referred to the three layers that protected the inside of the ball. The bottom layer was made of a mixture of textile and latex for stability and tear resistance, the next neoprene was responsible for water repellency, while the outer polyurethane foam layer ensured abrasion resistance and good puncture characteristics.

THE LOWEST GOAL AVERAGE AT A WORLD CUP EVER

Etrusco was also presented to the Pope (John Paul II) even before the World Cup, but in some ways prayer did not help at the World Cup in Italy. The lowest goal average (2.21 goals/match) was born in this tournament. Because of the few goals, it was the easiest to call the ball the scapegoat, which many opinion makers did, ignoring the tactical characteristics of the period (e.g. defensive football). The few goals were very unpleasant because the next World Cup was held in the United States of America, where entertainment was important for the spectators, otherwise they would be disconnected from the matches. So the lesson was given for Adidas to change the Etrusco ball for the next four years.

OTHER INTERESTING INFORMATION ABOUT THE ETRUSCO

Every year, marketing played a bigger role in football, which is why the Etrusco Unico ball was also in high demand all over the world. Accordingly, the ball was produced in several countries (in France, Spain and even in Hungary the ball was sewn by prisoners in prison), but only the “made in France” version was used at the World Cup. An innovation compared to the Azteca ball is that here the inscription “OFFICIAL BALL OF THE FIFA WORLD CUP 1990” was printed on the ball only in English.

Another negative point of interest is that the Adidas Etrusco Unico ball was also used as the official match ball in Sweden at the 1992 European Championship, so they did not change anything about the design, they kept the Etruscan lion heads, but they also wrote on the side of the ball that the ball is the official match ball of both the 1990 FIFA World Cup and the 1992 Euro Cup. It was the last time in history that nothing was changed on a World Cup ball before it was taken to the European Championship. (Later, in the case of the 1994 Questra, after the World Cup, Questra balls were also used at the European Championships and the Olympic Games, but the design had already been adapted, since in England the balls were decorated with lion national motifs and in America with Olympic torches.) 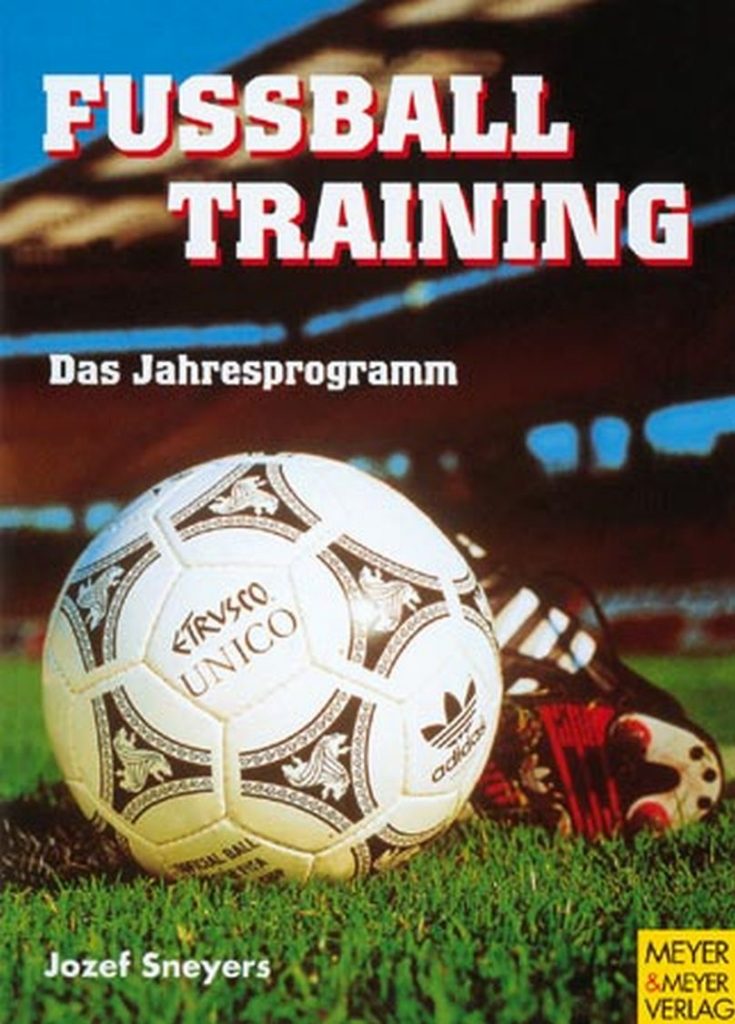 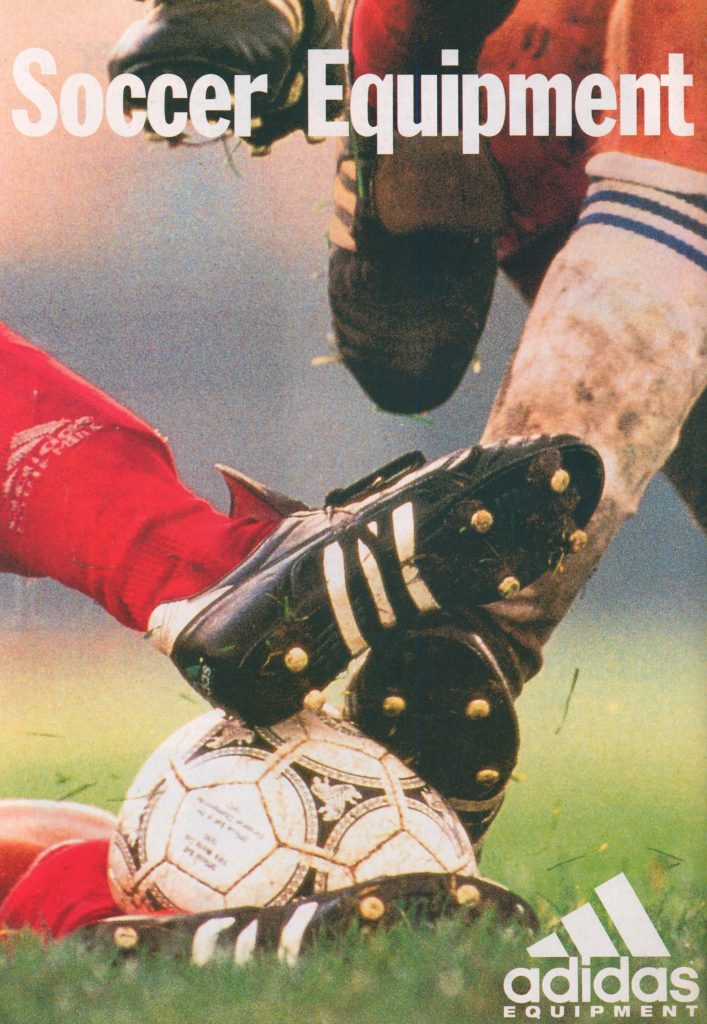 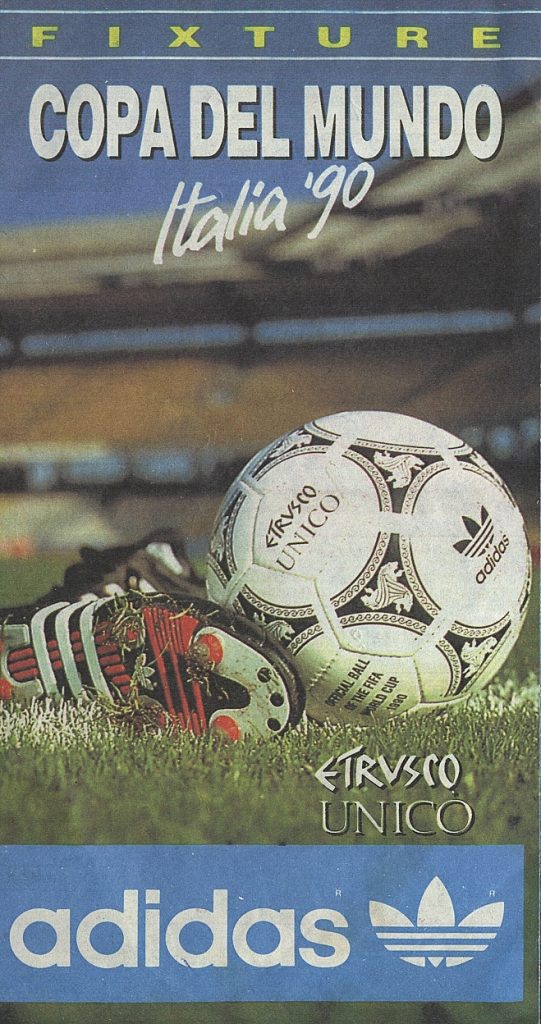 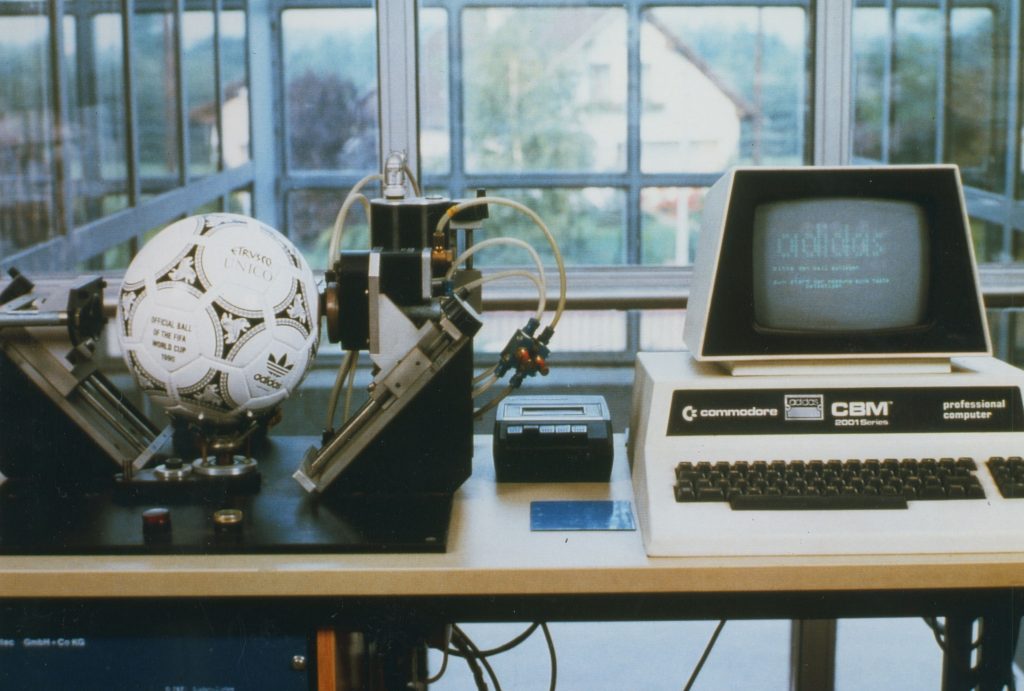 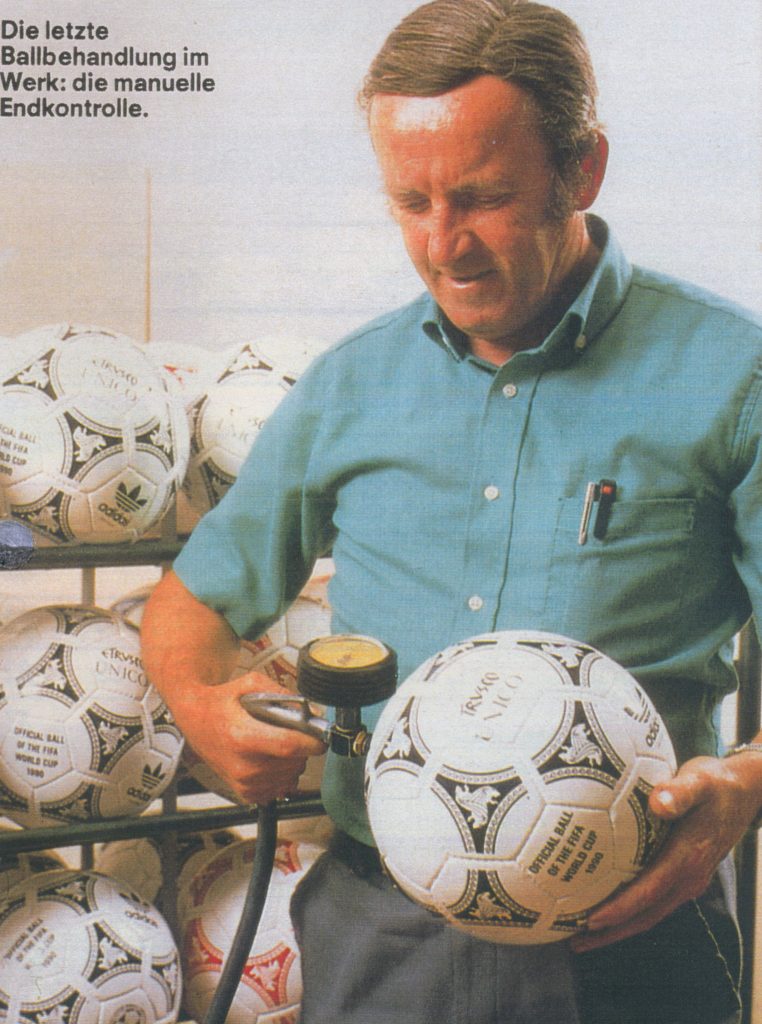 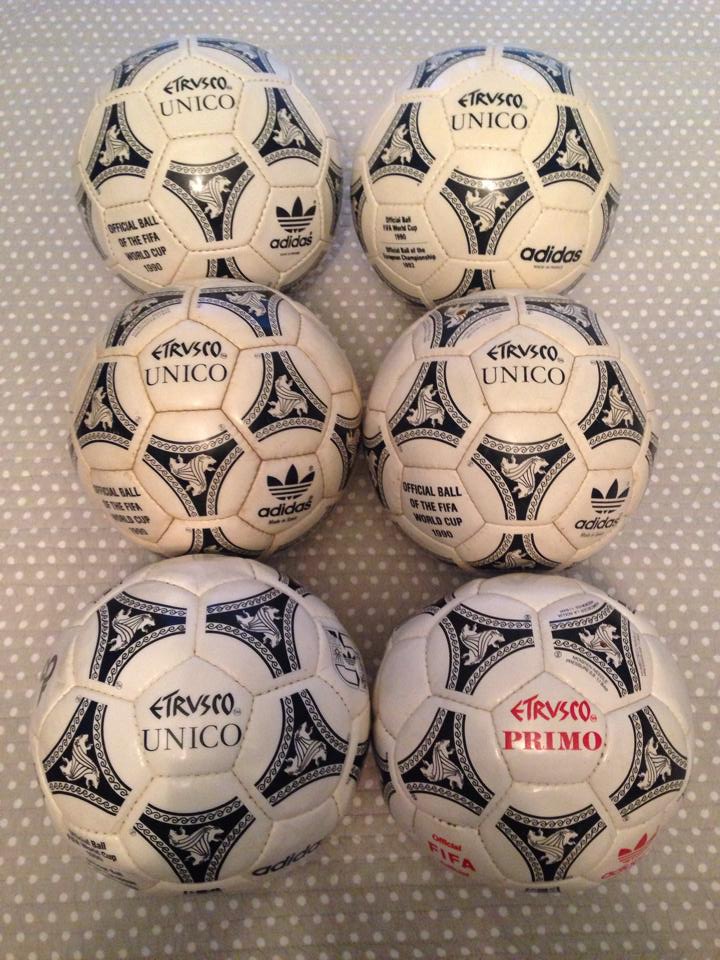 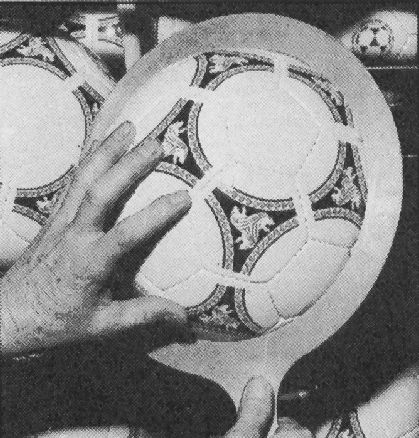 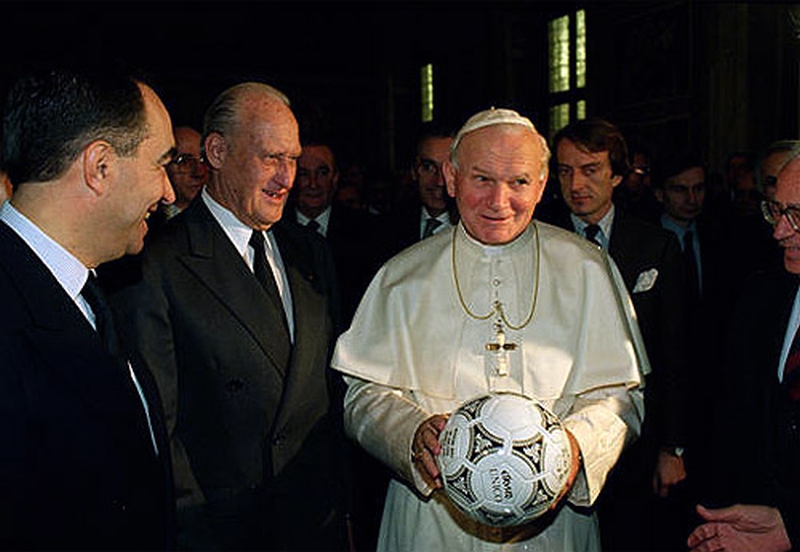