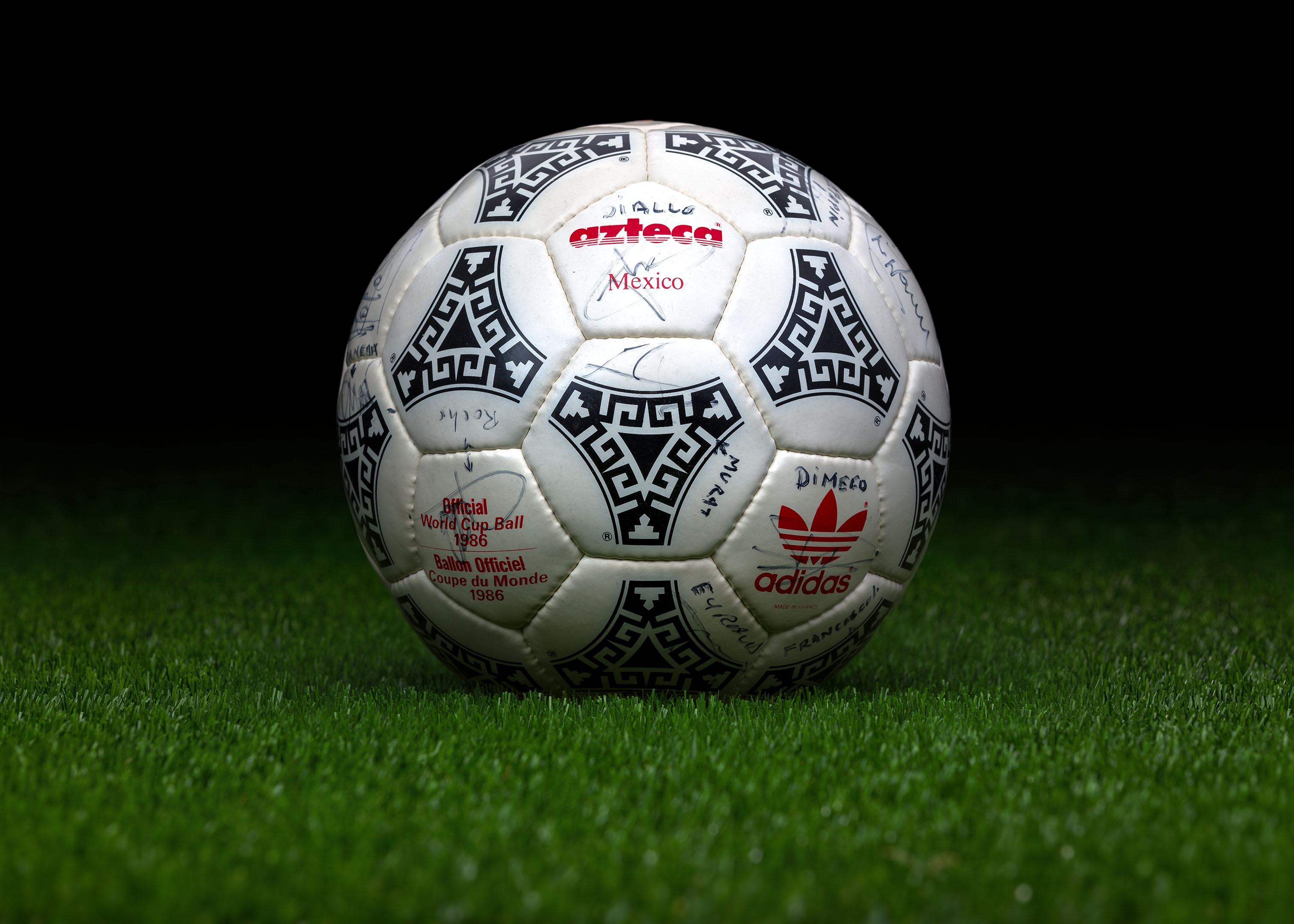 THE WORLD CUP BALL INSPIRED BY THE HOST NATION

The official match ball of the 1986 FIFA World Cup was called adidas Azteca México. Just like in case of the previous World Cup ball (the Tango Espana), adidas went on using an appellation related to the host country. The Aztec’s were one of the most extensive native indian civilizations on the American continent in the middle ages having their capital exactly where Mexico City is situated now. But not only was the name of the ball influenced by the nation hosting the tournament, but for the first time, also the design. The Azteca was the first ball to have a renewed and (which is even more important) an elaborated Tango panel – decorated by Mexico’s native Aztec architecture and murals (designed by Rebecca Martinez). So overall we can say that the adidas Azteca México was the first World Cup ball to be named and decorated completely in honour of the host nation. Ever since, adidas have kept this practice for all of the following World Cup balls.

THE APPEARANCE OF THE SYNTHETIC BALLS

As we can see, the Azteca ball was quite an elegant ball with revolutionary design but even though it was still composed by 32 hand sewn panels, we can find a real technological breakthrough in the construction of the materials used. This ball was not made of real leather but instead, the Azteca became the very first official World Cup match ball to be made of synthetic materials. The ball had an outer PU wearing course and three under-layers that mutually complemented each other with their different structures from „Adicron”. This new construction made it possible for the ball to recover its original shape immediately after being kicked and could retain it for a long time, even at high altitudes, on rough surfaces or during wet conditions. Moreover, this ball outshone all of its predecessors in every criteria (roundness, durability, water resistance, manoeuvrability, etc.), so it is no wonder that adidas never again produced leather match balls.

As for the printed contents on the ball, the Azteca was a very similar ball to the second version of the Tango Espana (the official match ball of the 1982 World Cup) and the Tango Mundial (the official match ball of the 1984 European Cup). All the logos were placed at the same position as on its two predecessors and the „official World Cup ball” text was written both in English and French. This way the Azteca became the only ball to have this „official” text printed in two languages. We can often see the bilingual 1982 and the 1990 balls in many adidas publications but in reality they were not the real, official match balls used in the above mentioned World Cups, they were made later, especially for the adidas histroical matchballset.

One major thing that has to be mentioned is that the official Azteca balls that were actually used in the 1986 World Cup were called „México” and not „Mexico”. This is an important detail that no serious collector can afford to miss before investing in such a ball (the market price of a genuine Azteca is over 3000 USD in perfect condition). Another important particular is the „MADE IN FRANCE” description with capital letters under the adidas logo. Without these small but major details the ball is not authentic. Adidas also produced a „Made in Spain” version of the Azteca ball but as previously explained, the balls used in the actual world cup were manufactured in France.

To make the story even more complicated we have to talk about another version of the Azteca balls that was printed with red logos (only the motives on Tango panels remained black). This variation was put into the market after the World Cup and advertised by adidas as the official match ball of the 1986 World Cup. Please note that the red version was not used in any of the matches of the Mexican World Cup and it is also called „Mexico” and not „México”, providing another important difference. Since the original pure black and white ball has an extremely high value, and the red version was sold in high volumes around the world, many collectors have the red Azteca in their possession, to represent the 1986 FIFA World Cup.

To satisfy various demands adidas constructed the Azteca balls in many different variations. The „Puebla” was a regular black and white model with red stripes along the Tango panel. It was made from a polyurethane-elastomer material which is suitable for all playing conditions. The „Acapulco” was available in white, red and yellow colours but it was made of pure chrome leather with a special impregnation that remained soft and smooth even at low temperatures. The Acapulco was a relatively cheap ball and it is still available in many collections, however it never sells for considerable sums. 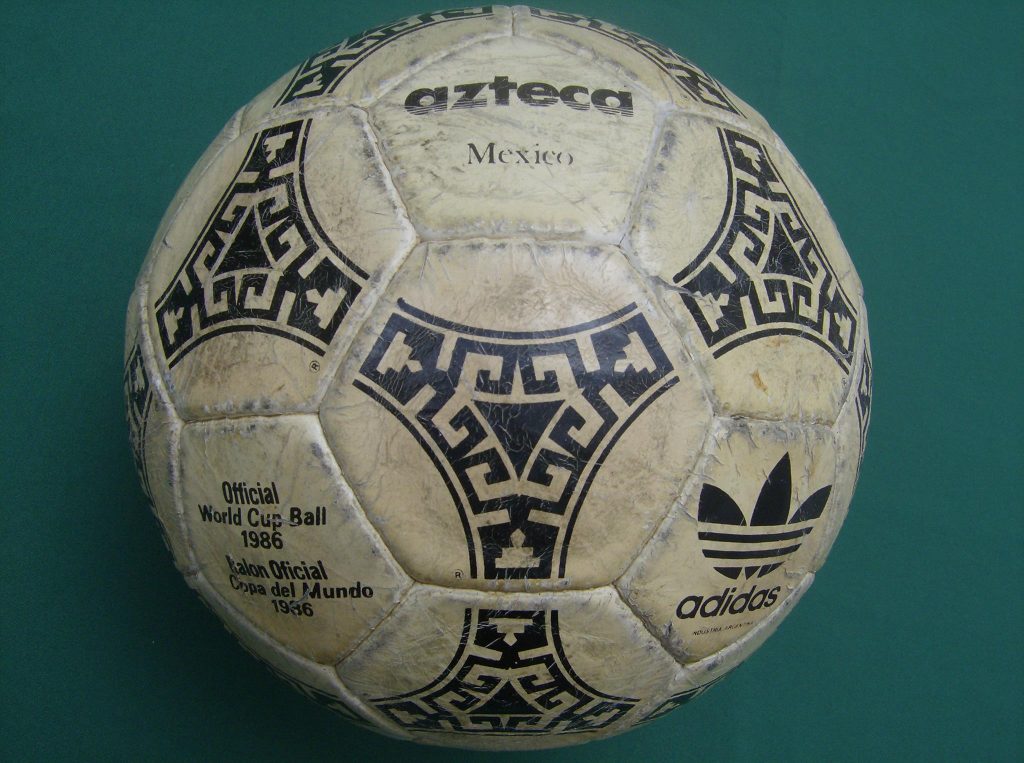 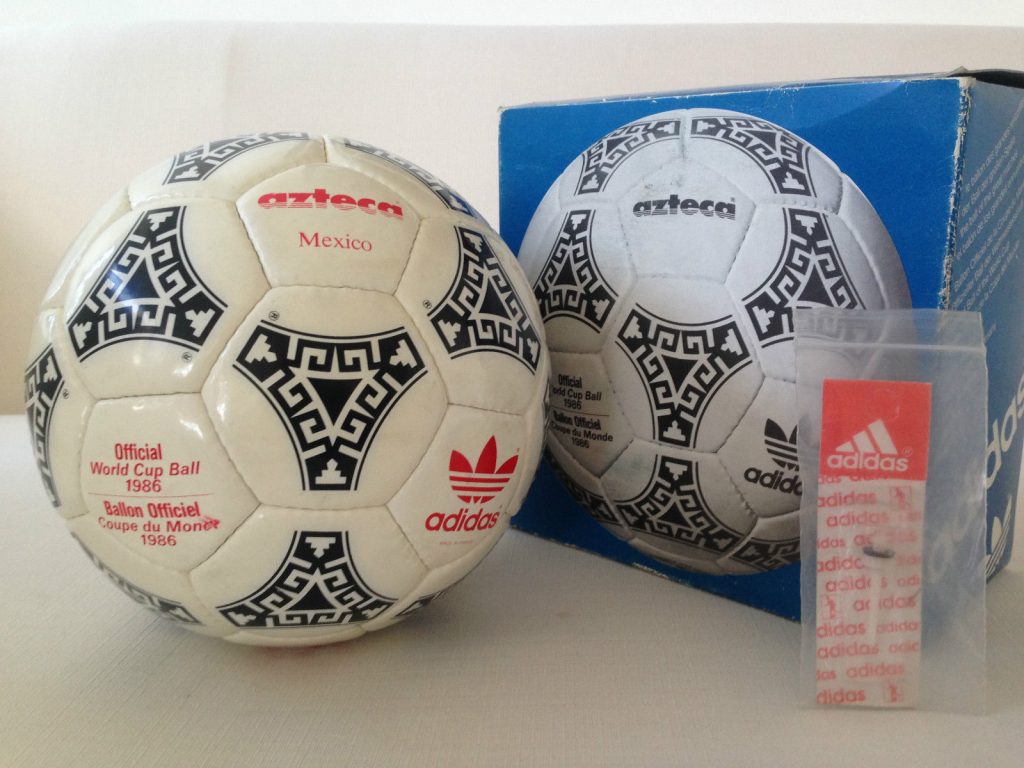 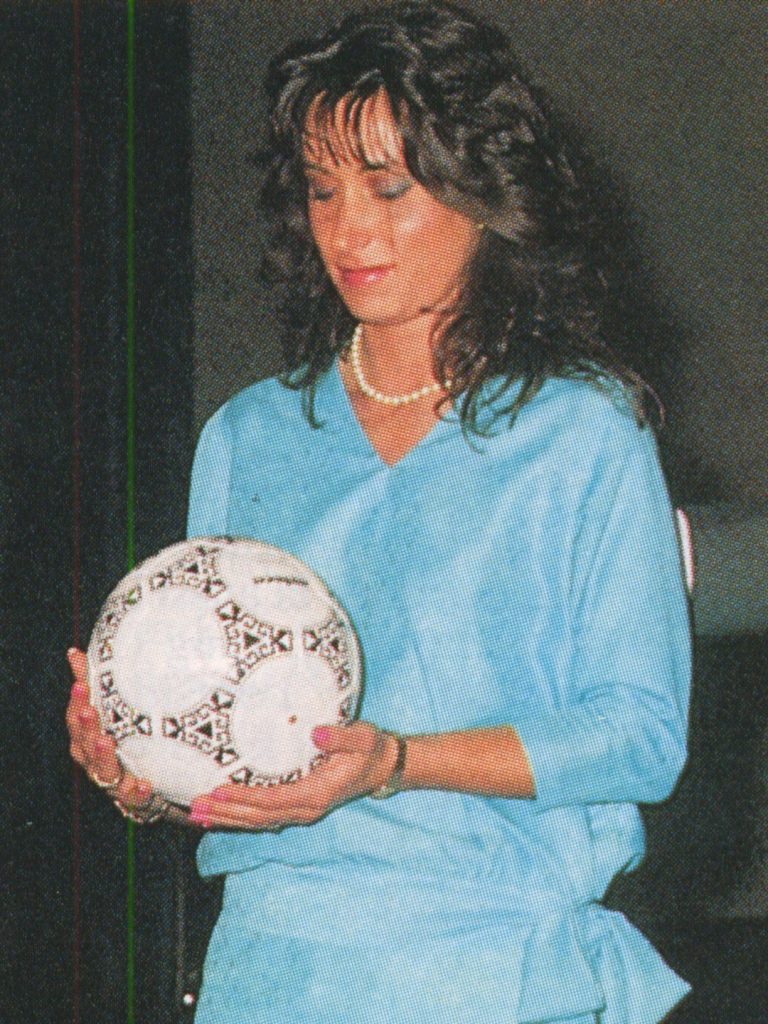 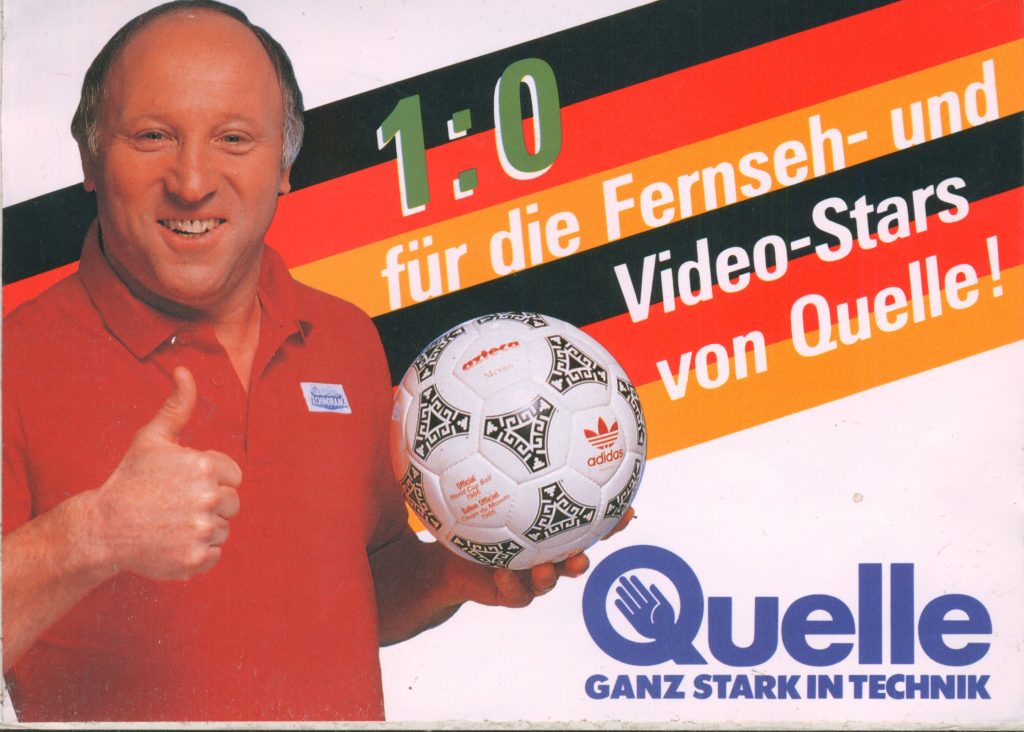 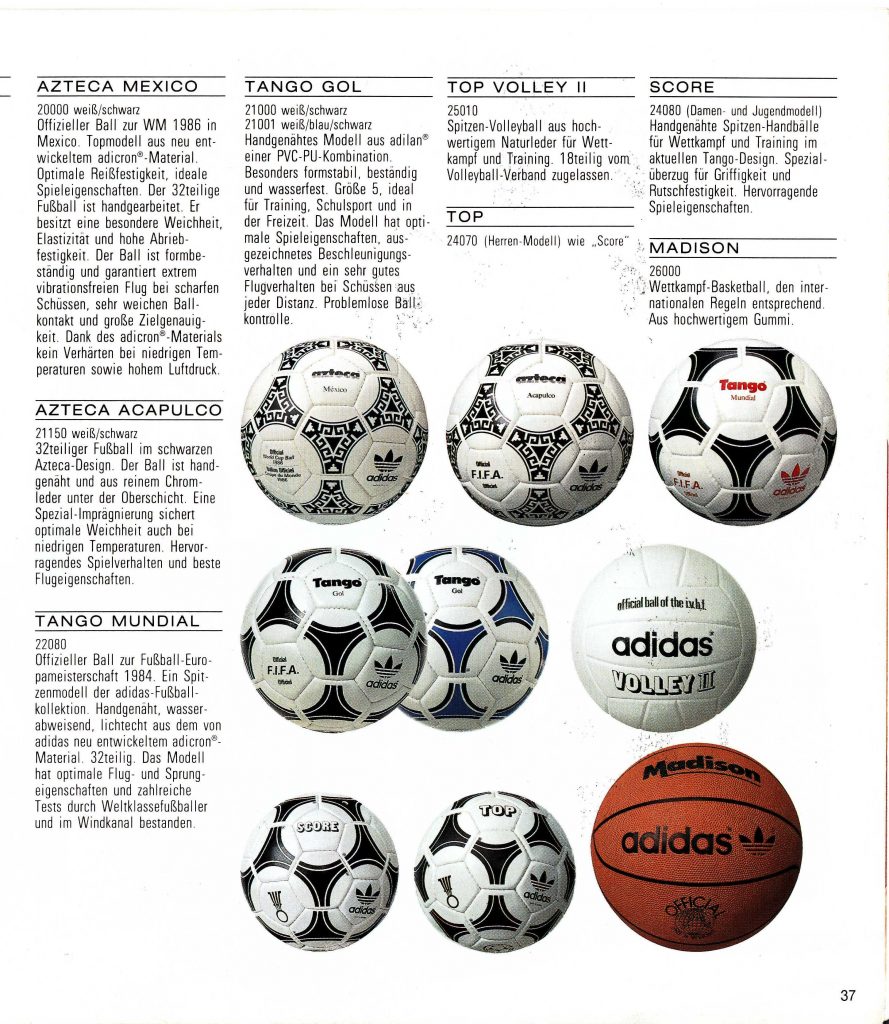 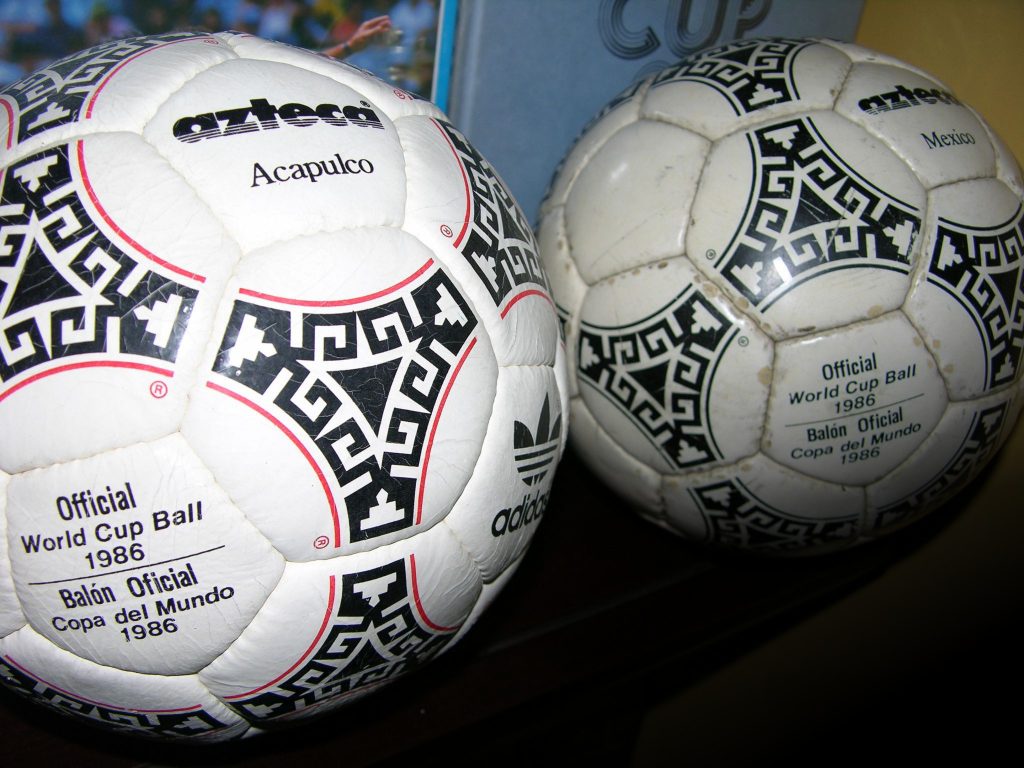 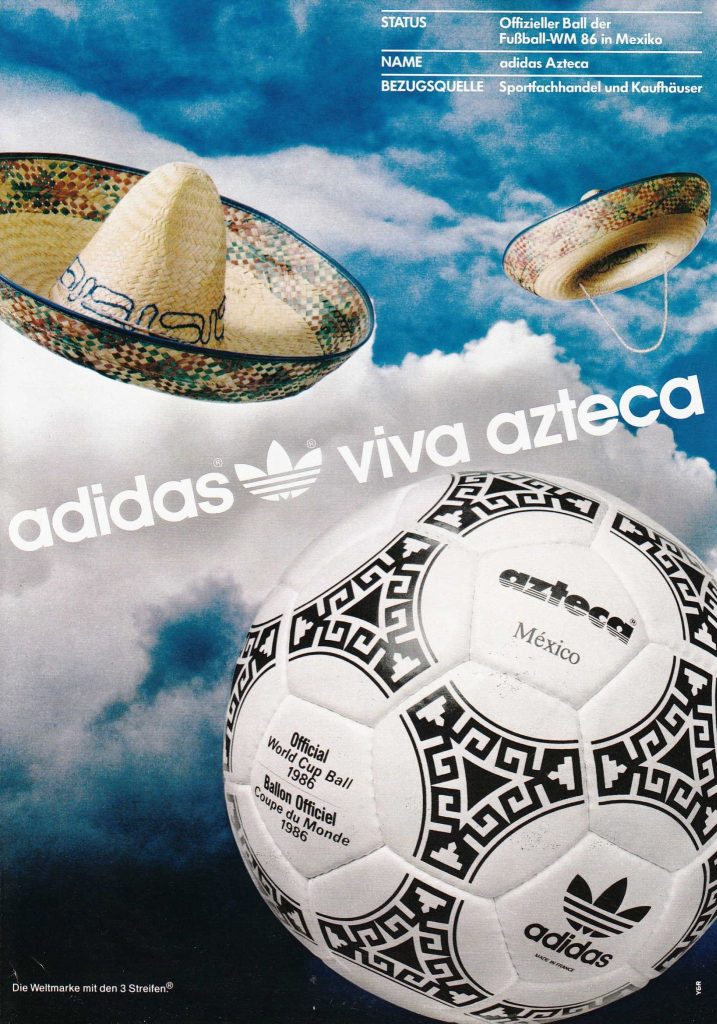 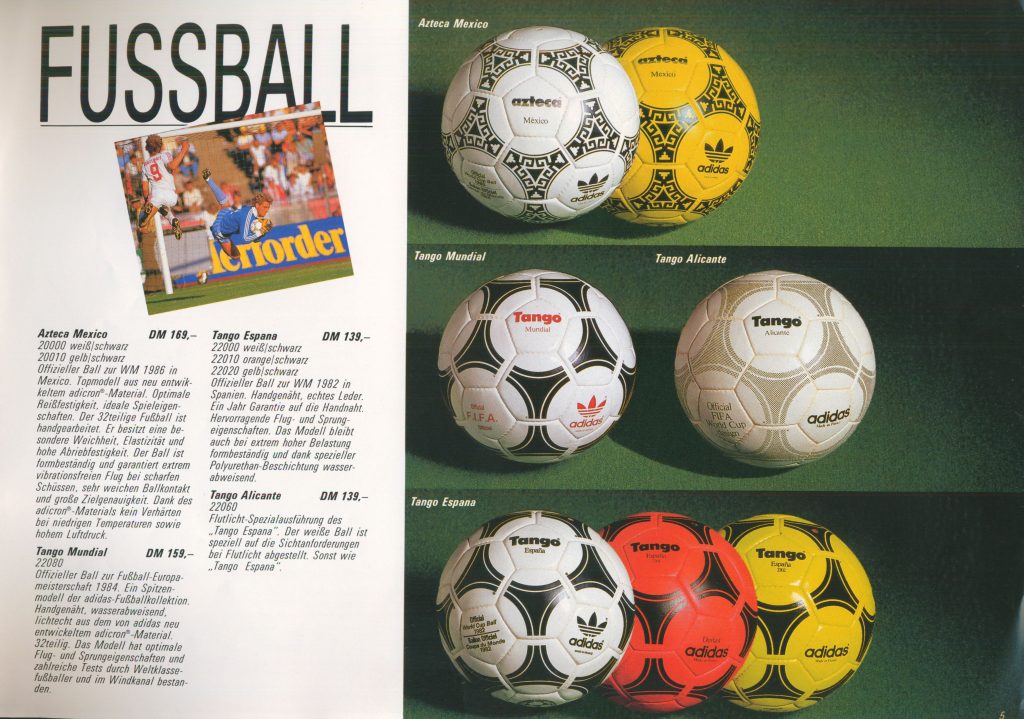 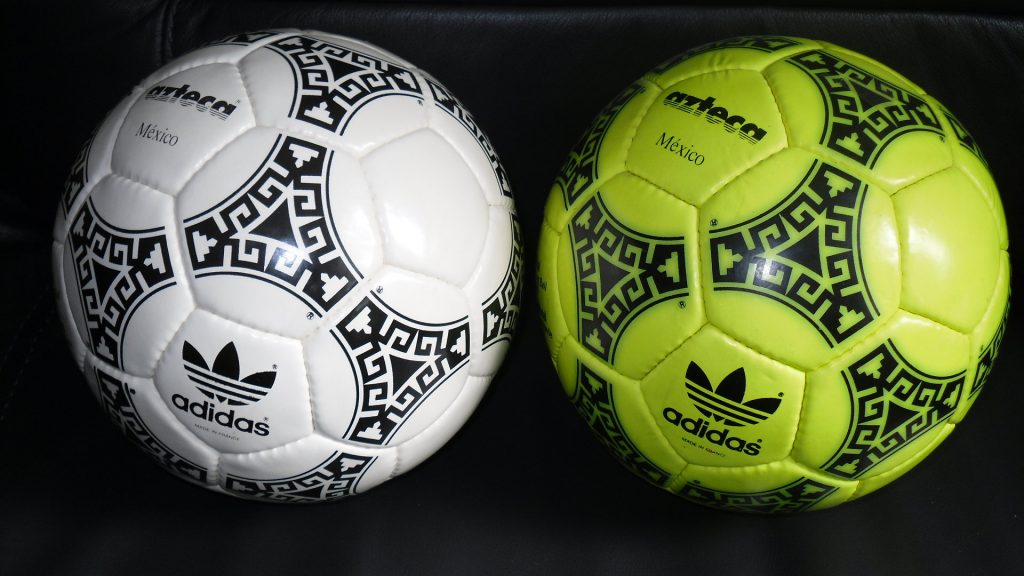 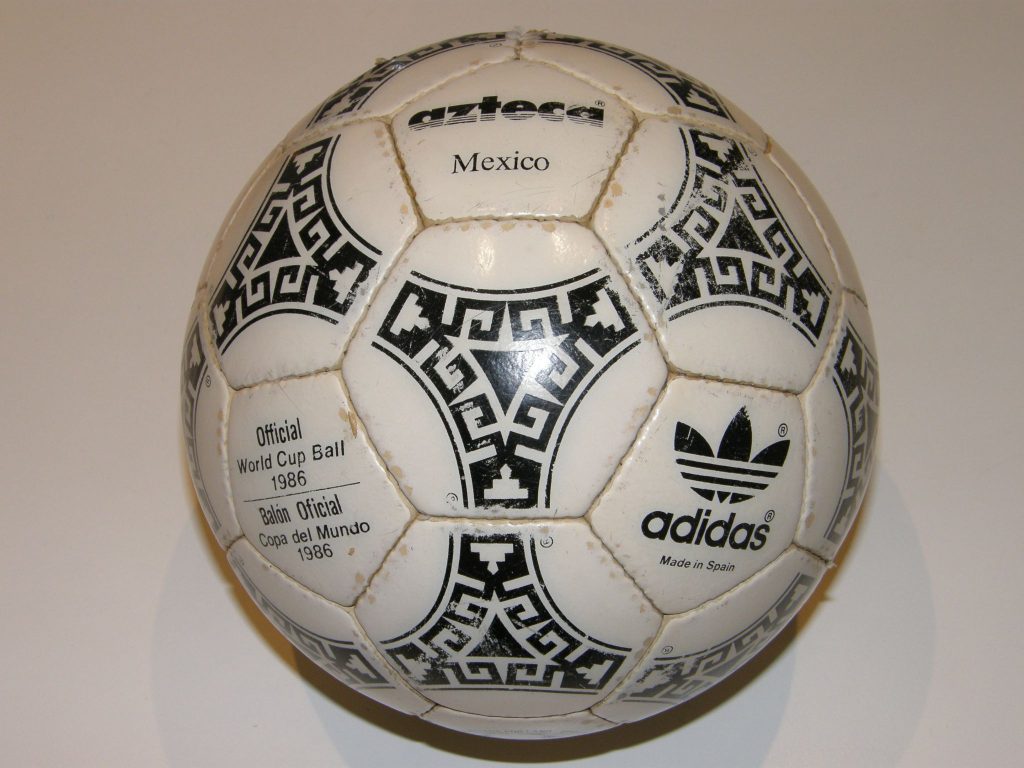 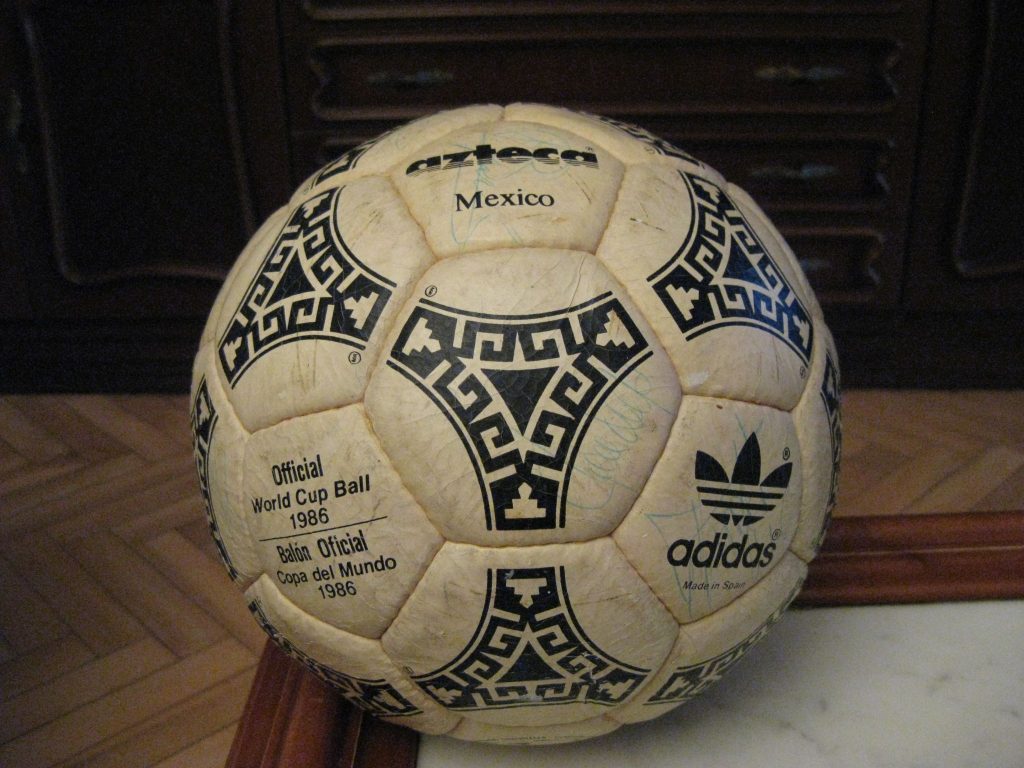