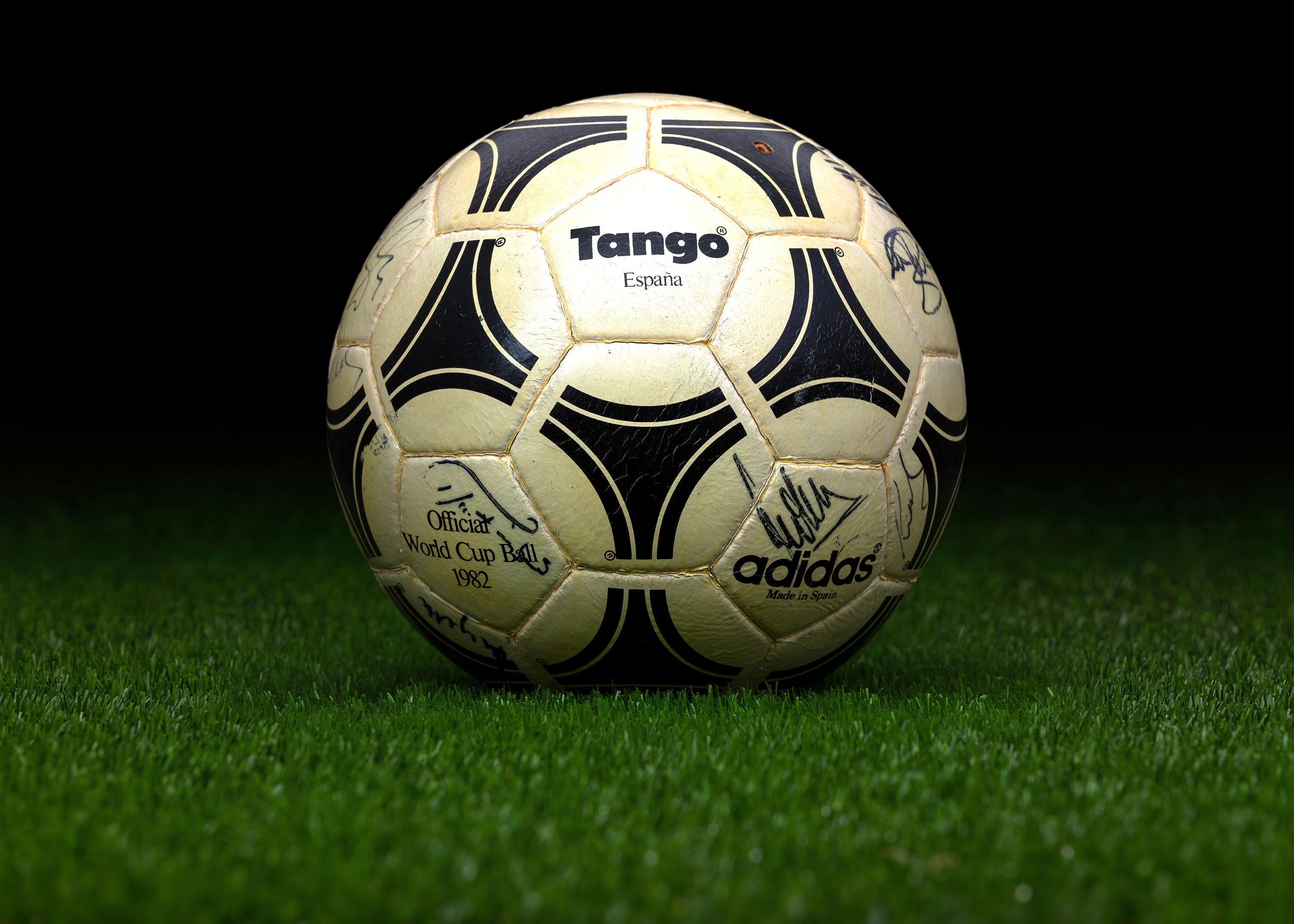 Due to the indisputable success of the Tango in the 1978 World Cup and the 1980 Euro Cup, adidas did not design and produce a revolutionary new ball for the Spanish World Cup. Instead they made a ball called Tango España, with only minor changes from its predecessors. This ball was the first adidas World Cup ball to be named inspired by the host country. The ball was almost identical to the previous Tango. It was once again composed of 32 hand sewn panels, with the same black and white Tango design: the curved triangles were printed on every hexagon, which formed circles around the 12 pentagonal panels, giving the ball a great visual illusion of 12 identical circles.

Apart from the necessary changes to the printed text and some updated logos on the ball, there is one significant difference to be highlighted: the ball no longer had the famous „Durlast” coating. Although the new Tango was still made of leather (as indicated at the bottom of the ball with a „genuine leather” logo), the seams were not just sewn together but also welded together. In addition, a water-repellent polyurethane layer was used (only from 1984 onwards), which introduced the era of synthetic soccer balls. So the Tango España absorbed far less water in wet conditions, therefore the weight increase became less significant.

OTHER VARIATIONS OF THE TANGO ESPANA

At the time of the World Cup there was only one type (the above described) Tango España, all the matches were played with this „made in France” leather ball and players used this Tango at their training sessions, as well. However, approximately only two years after the World Cup, adidas came up with an updated version of the Tango España. The design for this latest España had the new tobacco leaf adidas logo and the „official World Cup ball 1982” text appeared not only in English but also in French. The „genuine leather” logo disappeared and was replaced by a new warranty logo at the bottom of the ball. This ball not only had a more durable surface but the print lasted longer too, which was a weakness of the first España balls. This new Tango España was a polyurethan waterproof ball, perfectly smooth and much more durable than the previous leather model. Even though this ball was not used in the World Cup, adidas still produce the bilingual version of the Tango España for their historical match ball set. This updated version (due to the polyurethane layer) was more commercially successful and sold in large quantities world wide and also adopted by many teams of major domestic leagues.

The Tango España was not only made in France but also in Spain. The Spanish made version was brighter than the first leather model and even though the 1982 World Cup was held in Spain, all of the balls used in the World Cup were manufactured in France. Some collectors have the Tango España balls with a code „2200” printed under the ball’s appellation. This version was put into the market after the World Cup was over, with the code referring to a number in the adidas catalogue and did not have any real connection to the original Tango España or the 1982 World Cup. This was the first time such a code appeared on an adidas ball and it has never been repeated ever since. 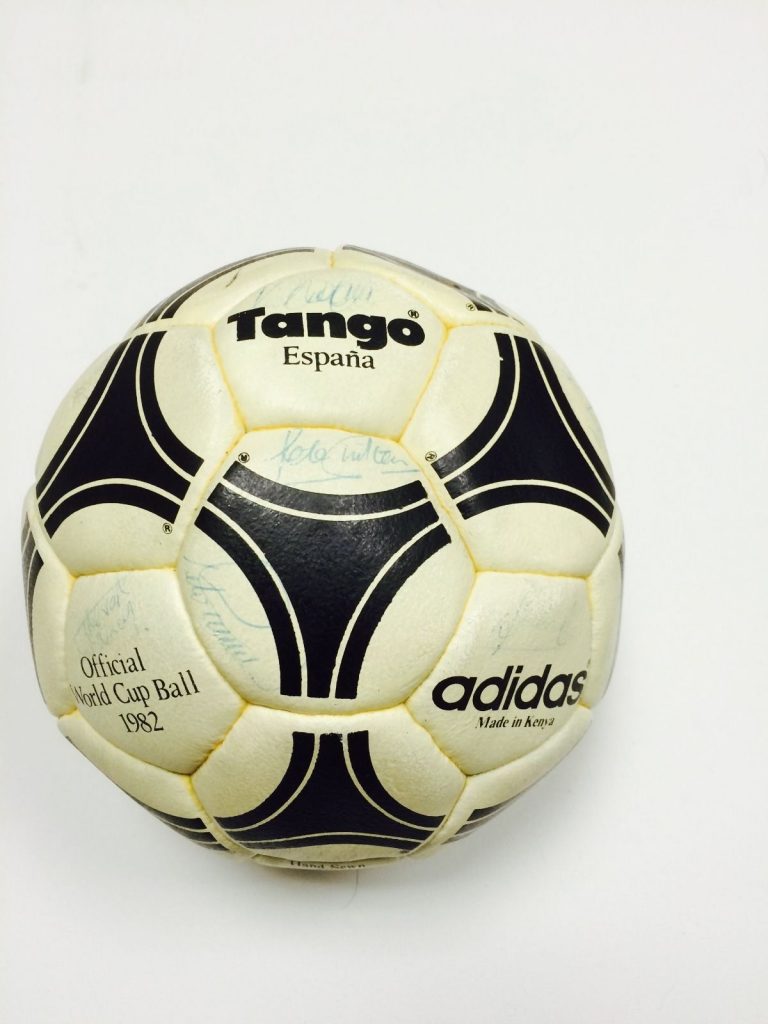 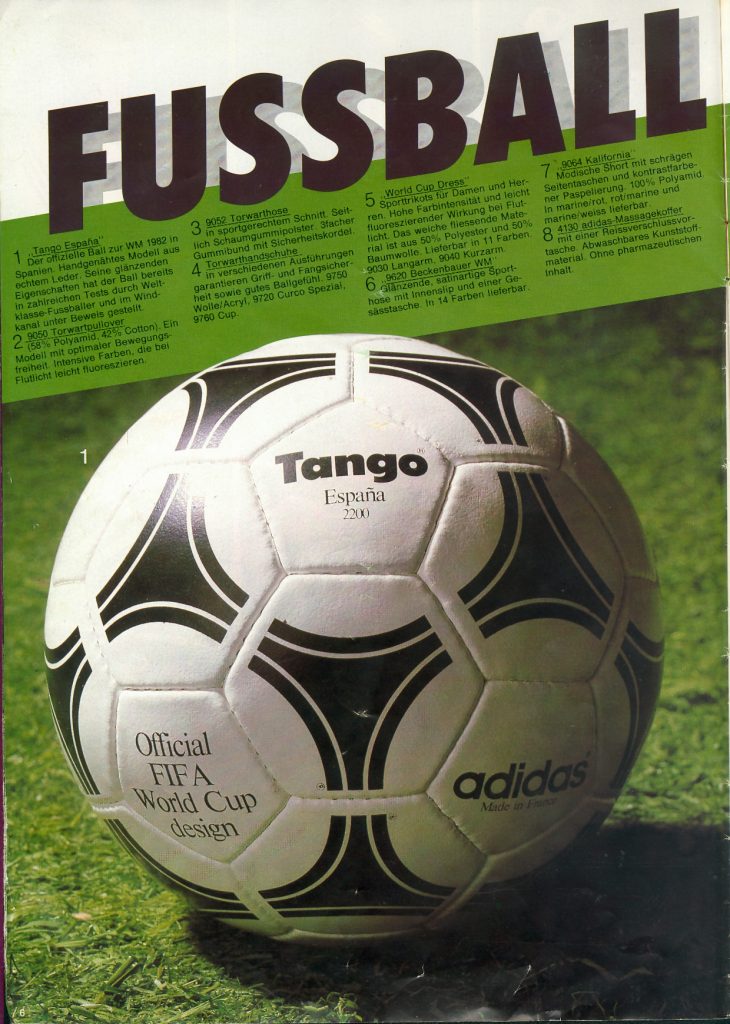 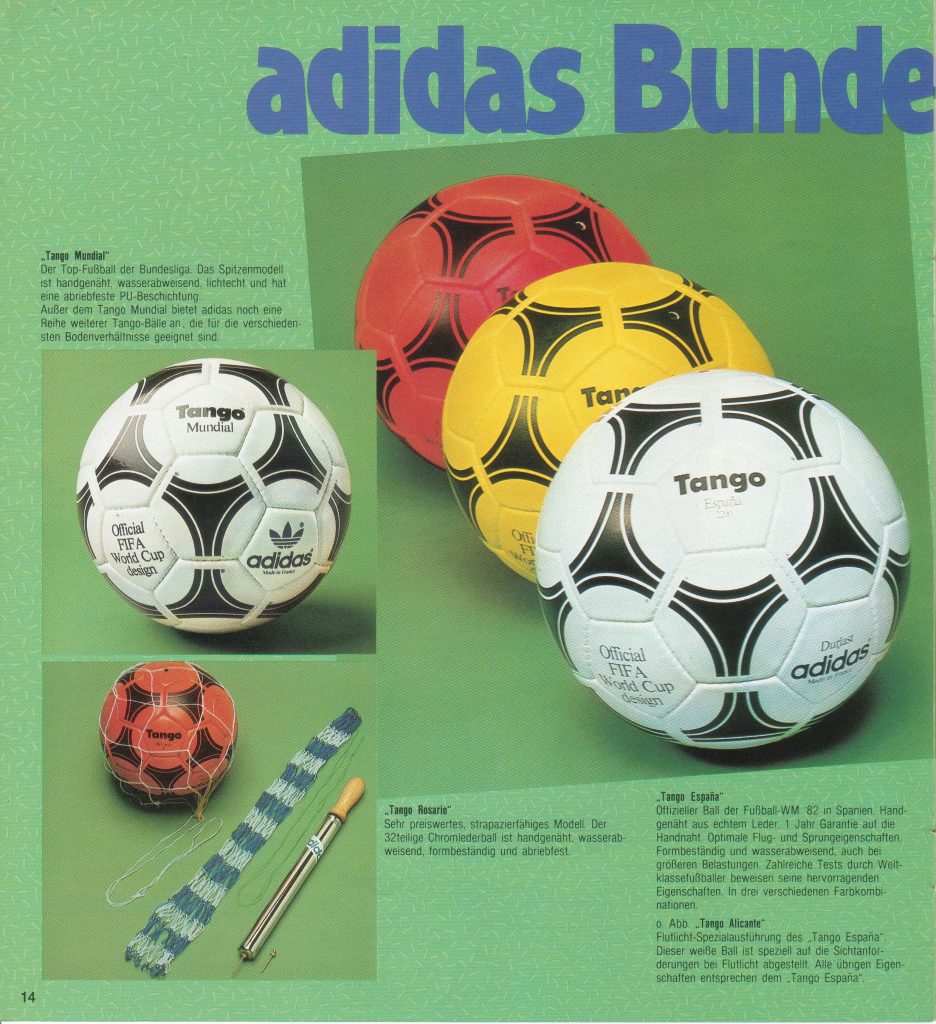 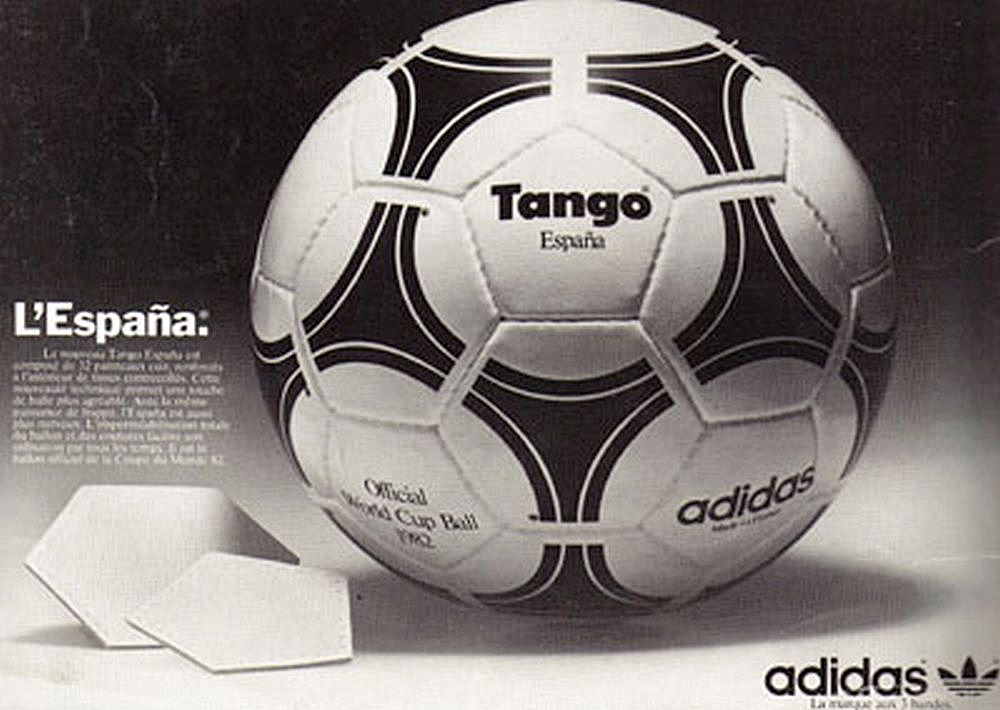 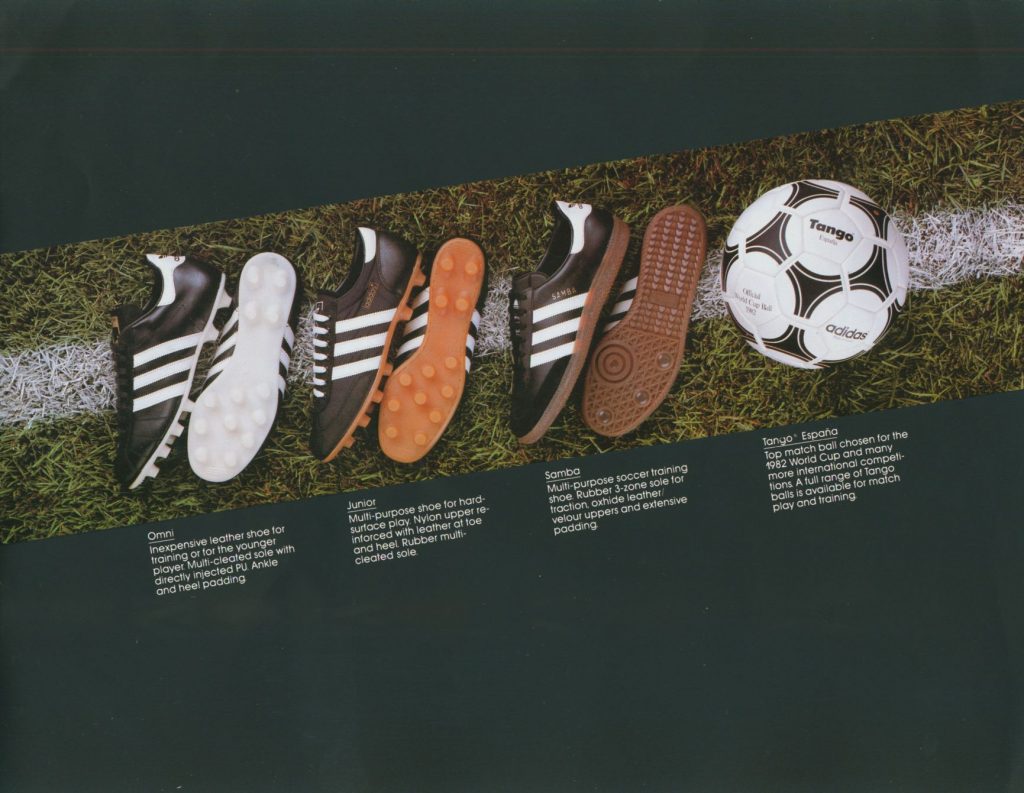 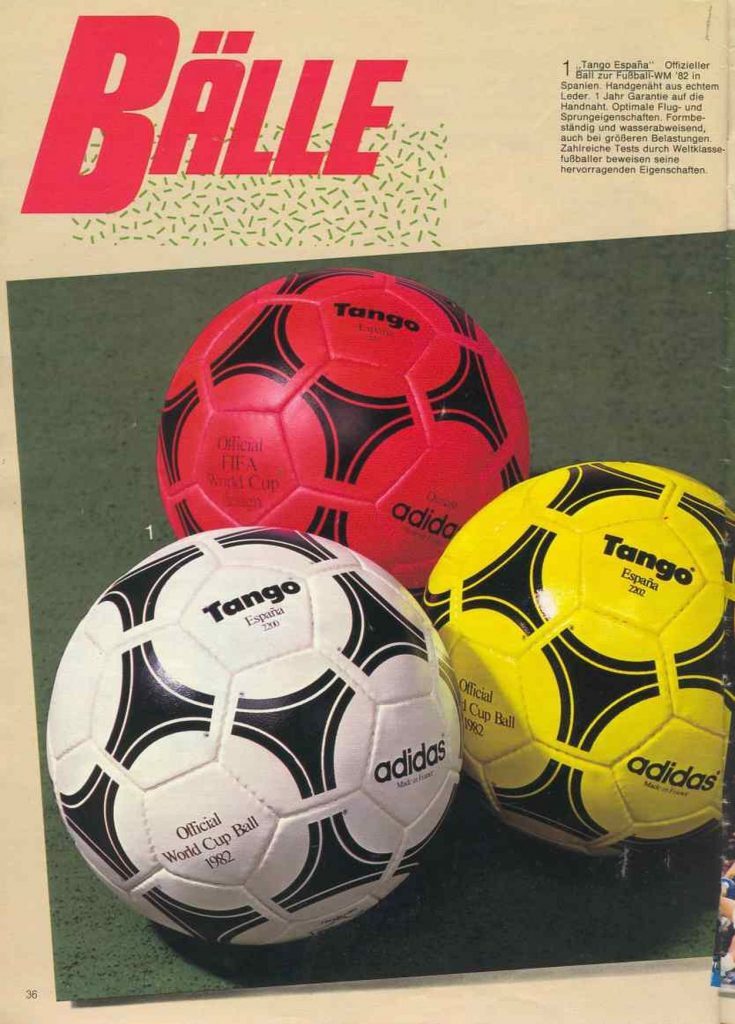 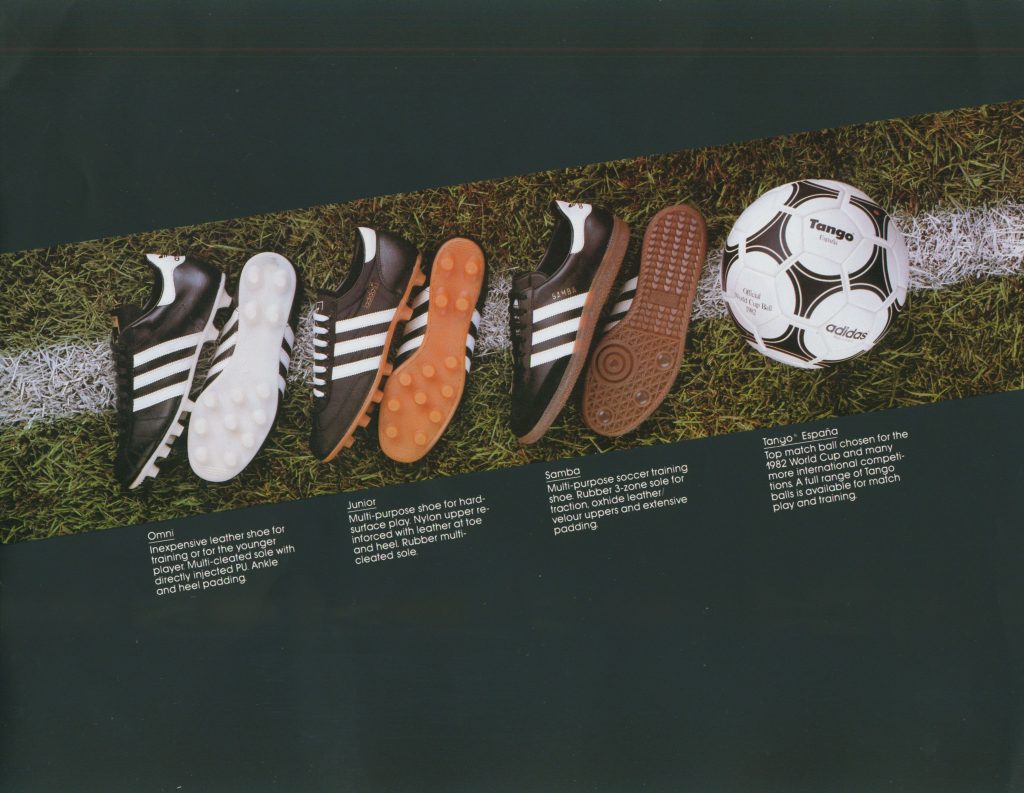 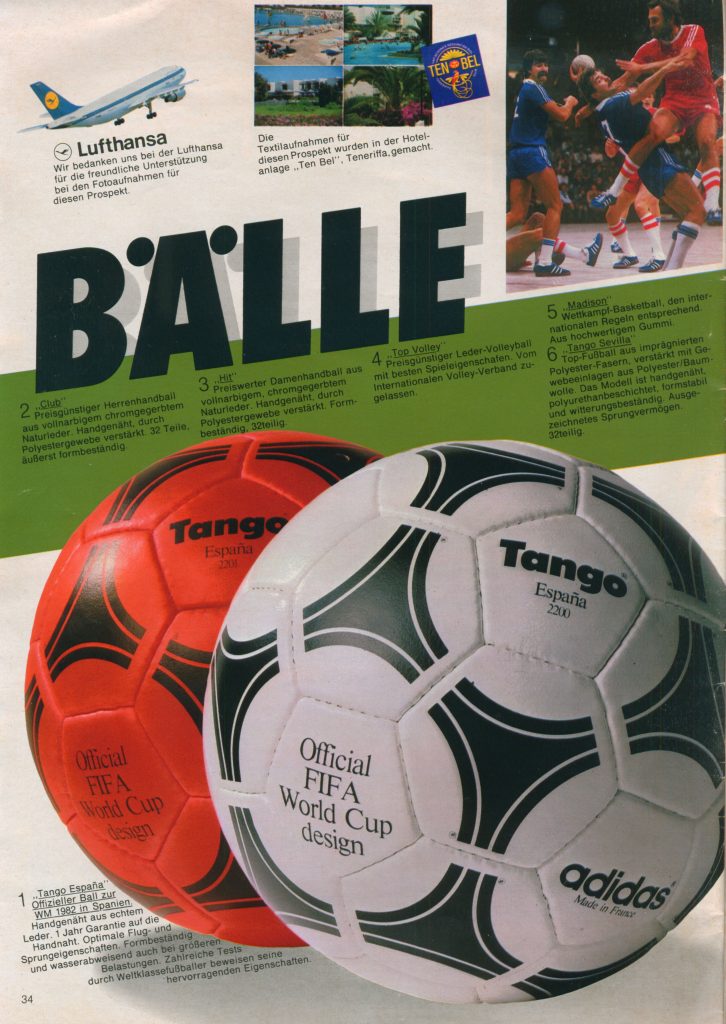 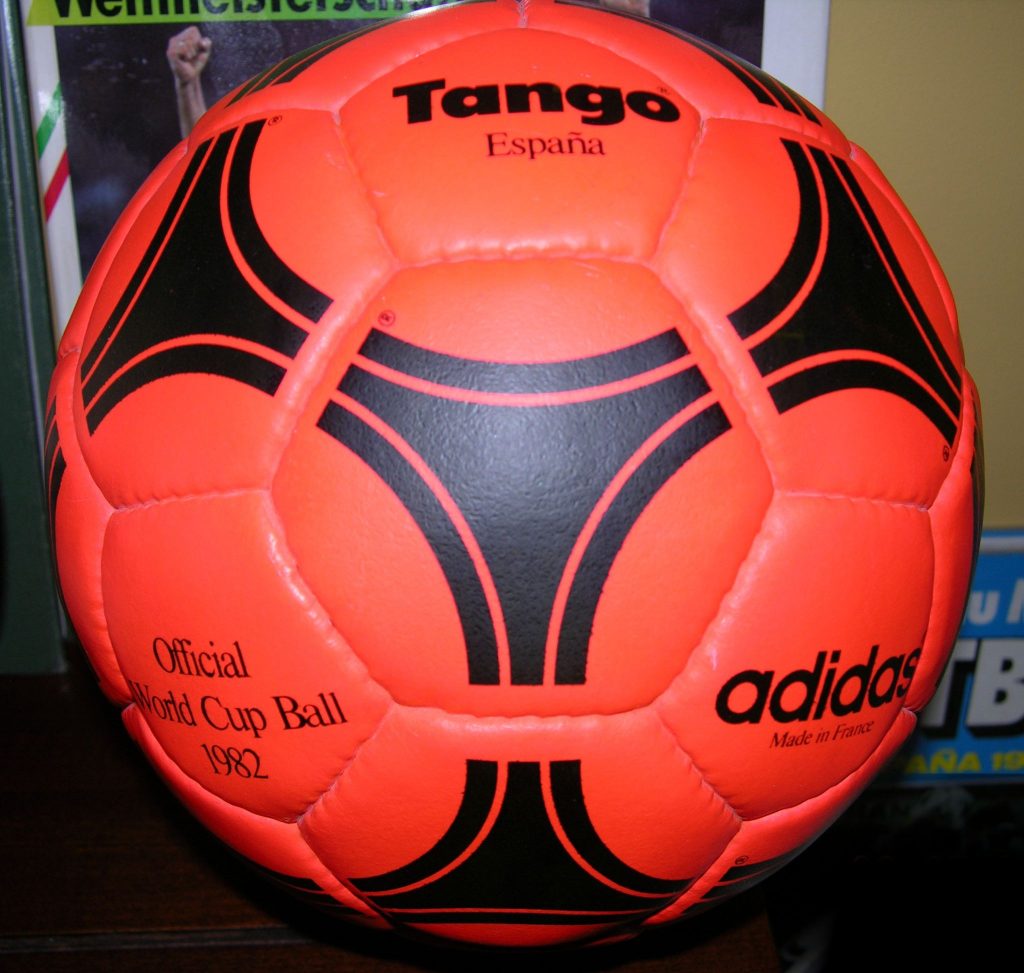 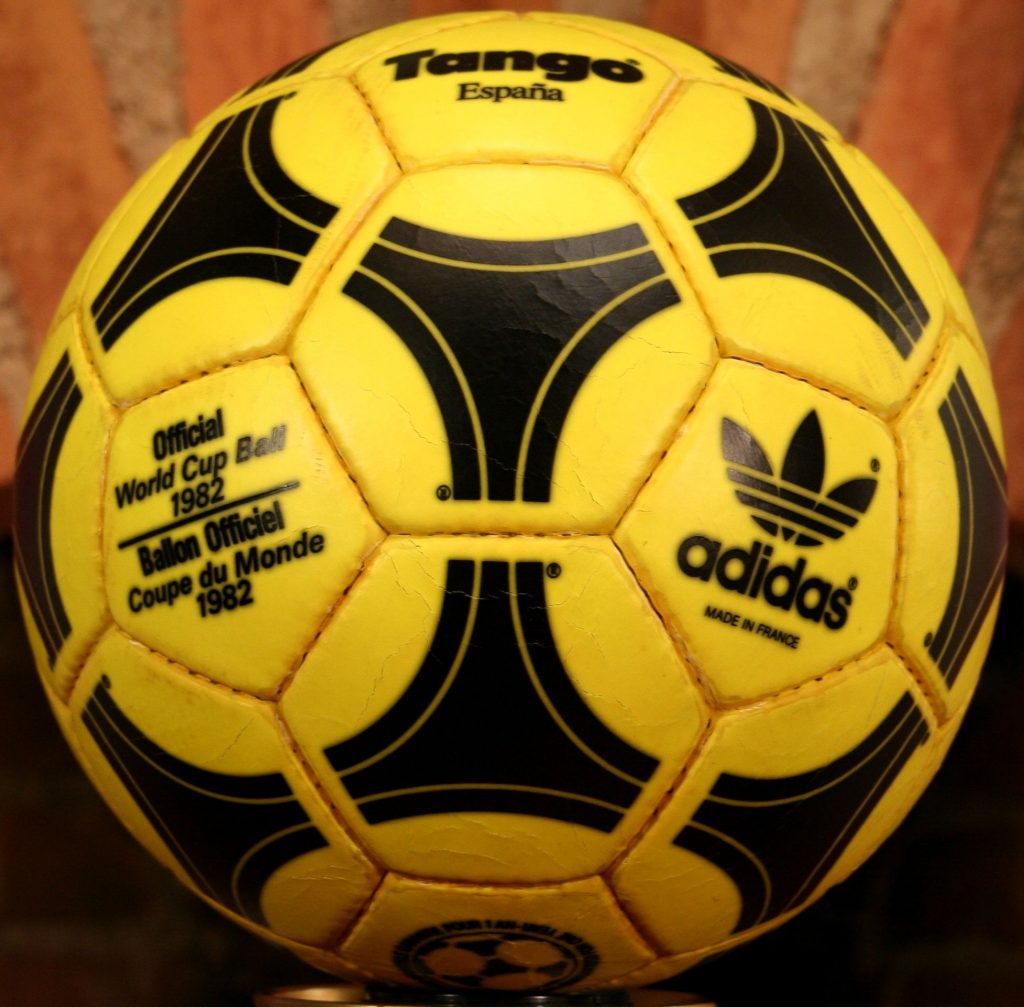 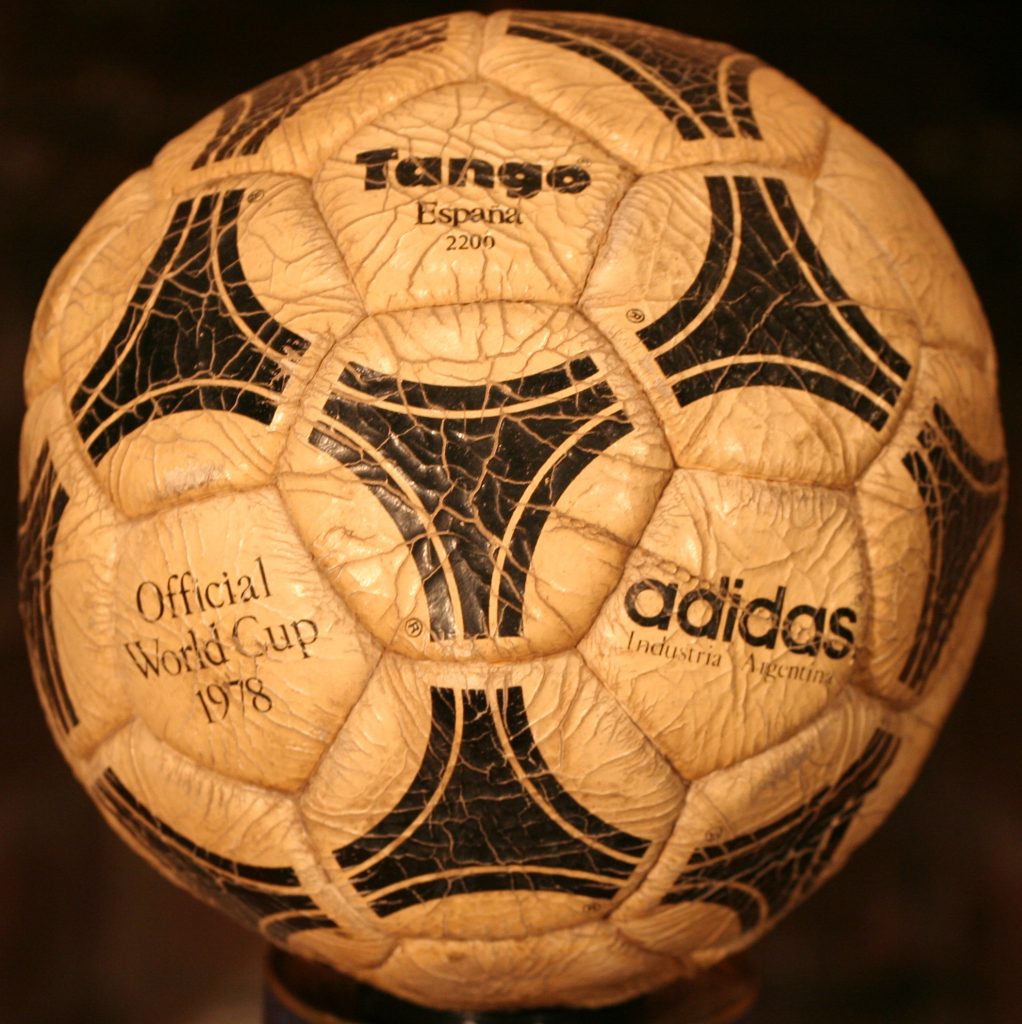 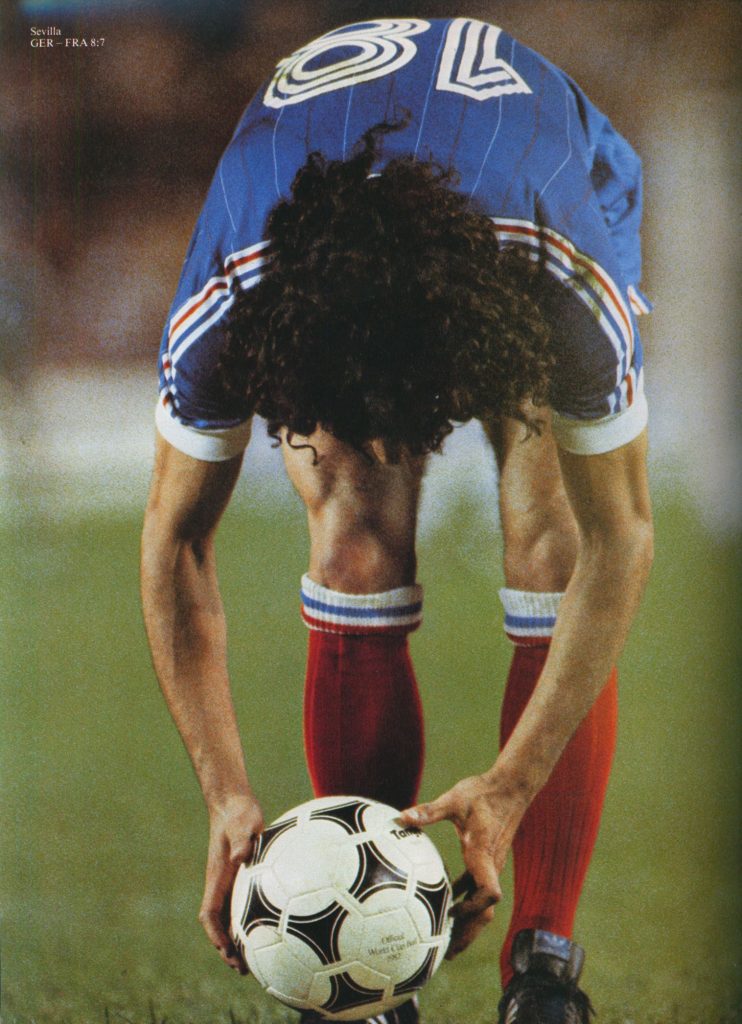