THERE WAS NO NEED FOR INNOVATIONS BECAUSE OF TELSTAR’S SUCCESS

There’s not much new to say about the 1974 ball, so if you haven’t already, read our much longer write-up on the 1970 adidas Telstar ball. The 32-panel model used in 1970 was so successful that there was no reason to introduce a brand new ball, so both the design and the name remained the same. However, the Durlast coating on the official ball of the 1974 World Cup became thicker, which was accompanied by an increase in water repellency, the weight of the ball increased less during rainy matches. Another innovation is that the balls have a black inscription, which proved to be more durable than the previous gold text, which wore off sooner.

THE THREE OFFICIAL BALLS OF THE WORLD CUP

In 1974, there were three official World Cup balls, in addition to the adidas Telstar Durlast with a black and white design, the orange-pink Apollo Durlast and the white Chile Durlast appeared. The material of all three types was the same, they still consisted of 32 panels, and taking into account the weather conditions, the referee always decided which one to use in the given match. In this World Cup the matches were not only played during the day, but also in the evening, so the all-white Chile version was also often used. Even before the final, all three types were prepared for the pitch, a famous photo shows the referee performing a pressure check on all three types, and in the end he decided that the match between Germany and the Netherlands should be played with the black and white model, which the Germans won 2:1 and became World Champions at home.

THE STRENGTHENING OF MARKETING AND ADIDAS’ BREAKTHROUGH

The 1974 World Cup was a major milestone in marketing. The World Cup was played in a country hosted by Adidas and was the first time since 1962 that FIFA allowed the tournament’s official ball supplier to brand the ball. This practice has remained since then, as the adidas logo, the name of the ball and other information are still on the balls of the World Cups. Before and after the 1974 World Cup, Adidas advertised its balls heavily in its catalogs, which is why it may have happened that many more balls were sold than at the World Cup in Mexico. Although the 1974 adidas Telstar is an expensive ball, it is much easier to obtain than the balls used in World Cups outside of Europe (e.g. 1970 Mexico, 1978 Argentina and 1986 Mexico). It is interesting that the adidas Telstar 1974 ball was also used in the 1976 UEFA European Championship, the only difference was that the inscription “made in France” was slightly to the right under the adidas logo. Therefore, among expert collectors, these balls are less valuable. Those balls are more expensive where the inscription “made in France” is located below the “das” in the middle. In any case, this example also shows (so that no special ball was developed for the 1976 European Championship) that adidas still had a lot of work to improve on. Of course, this was realized in later years. 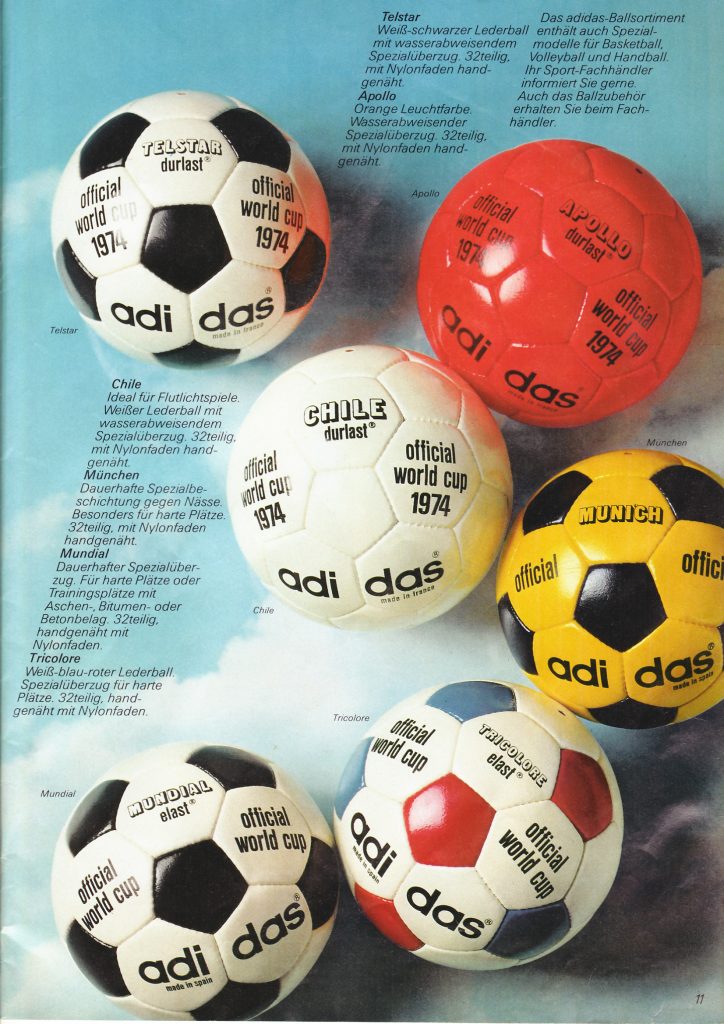 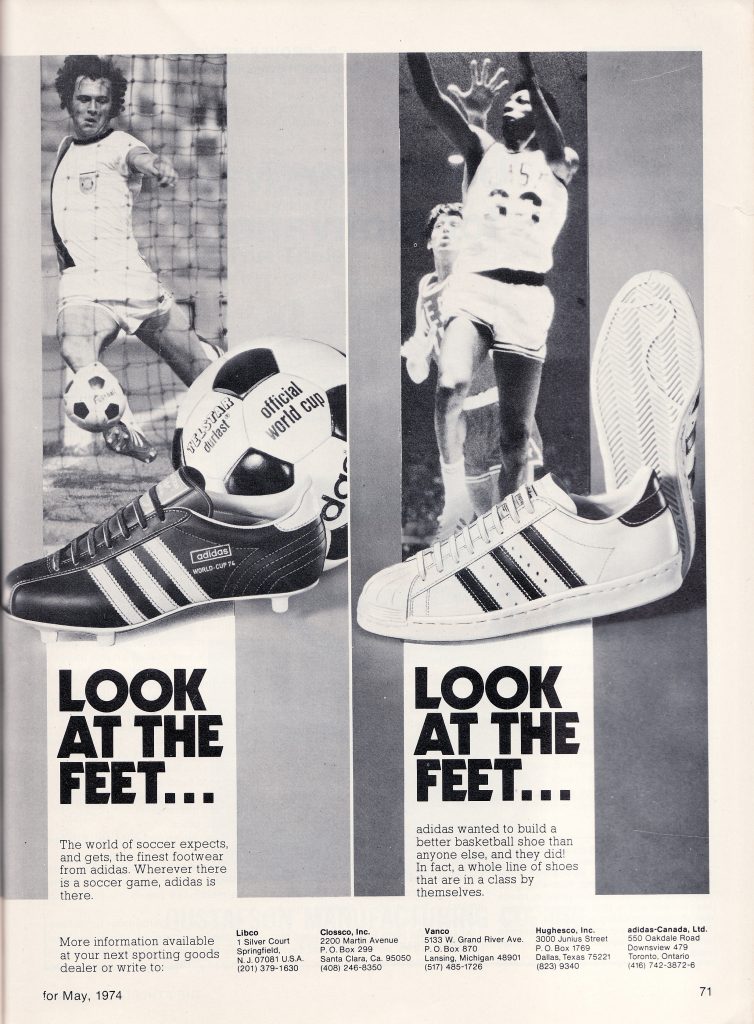 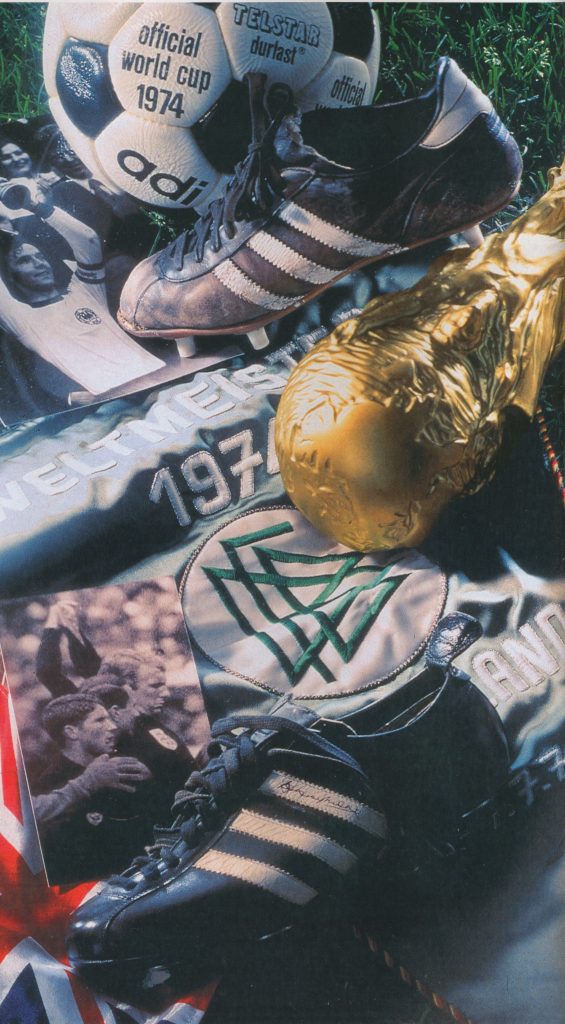 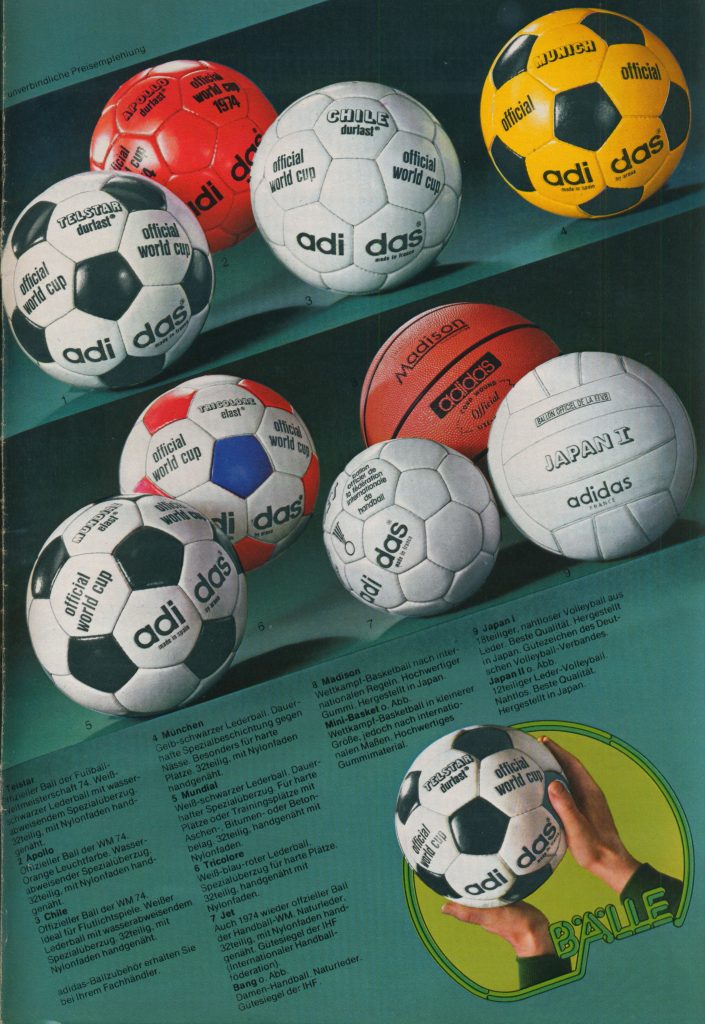 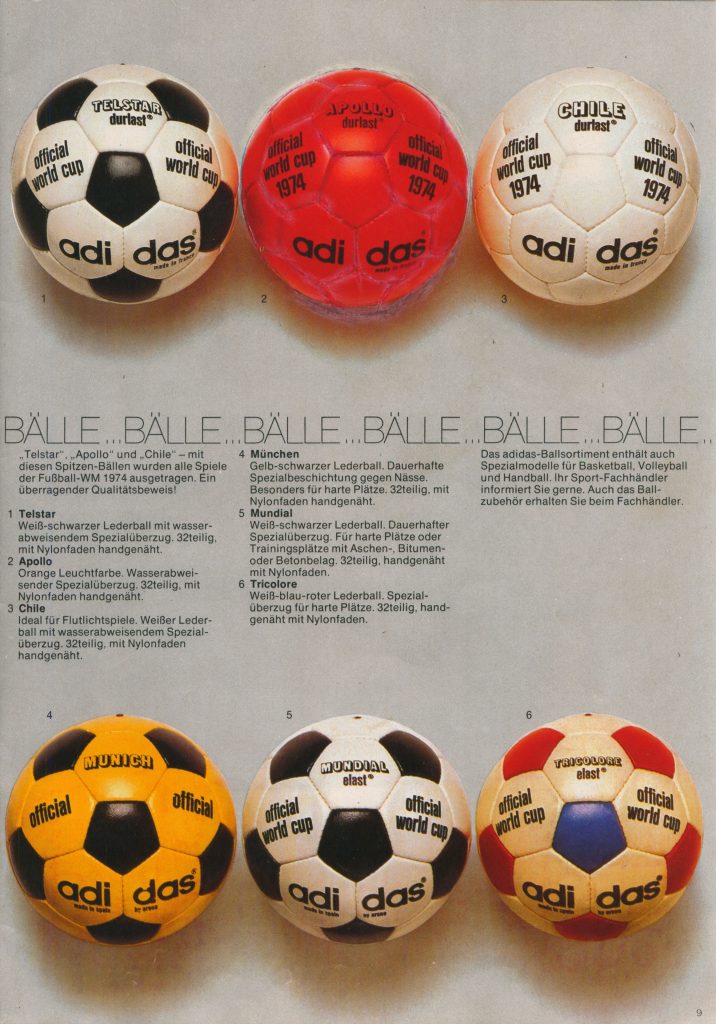 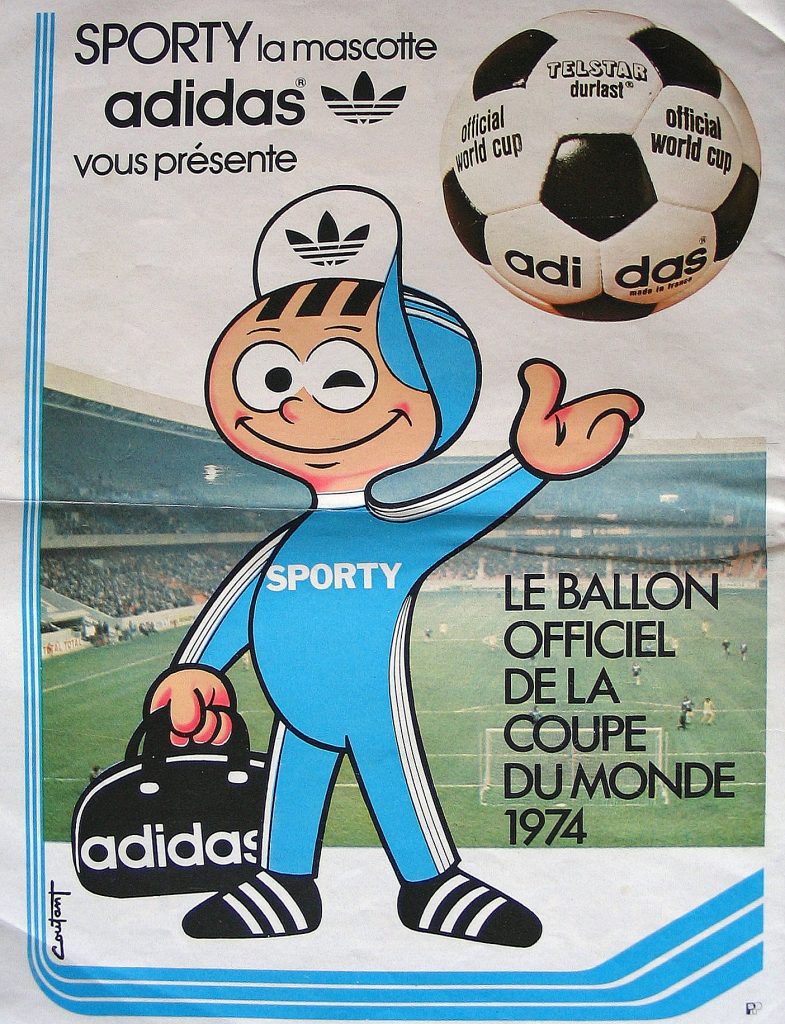 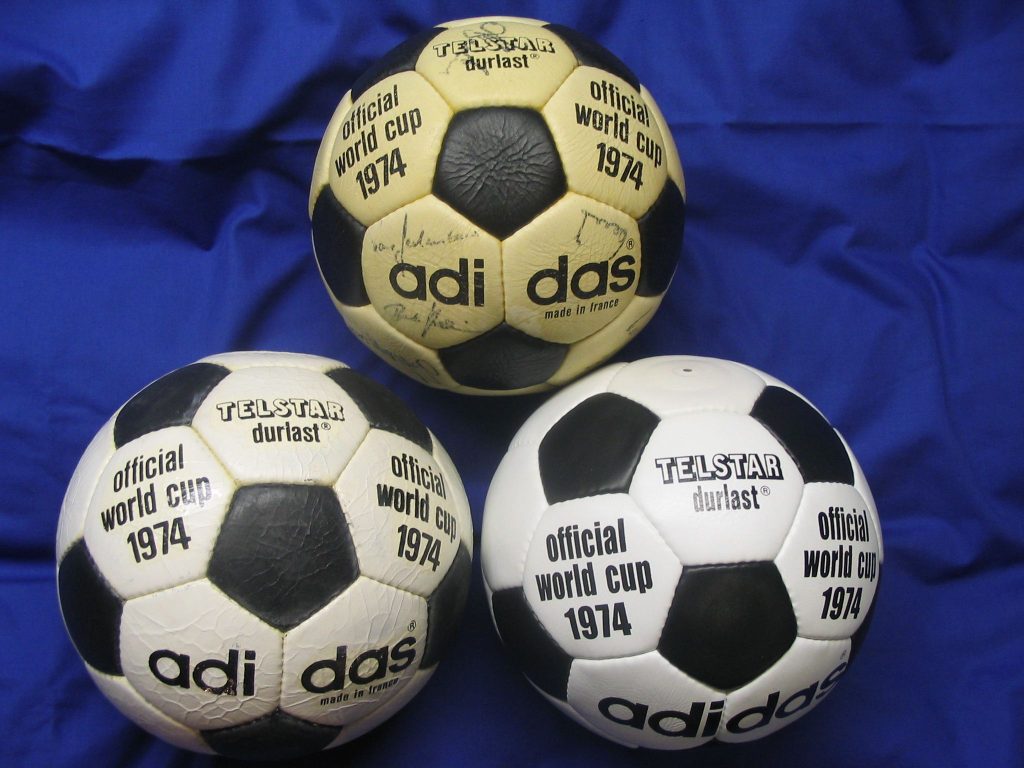 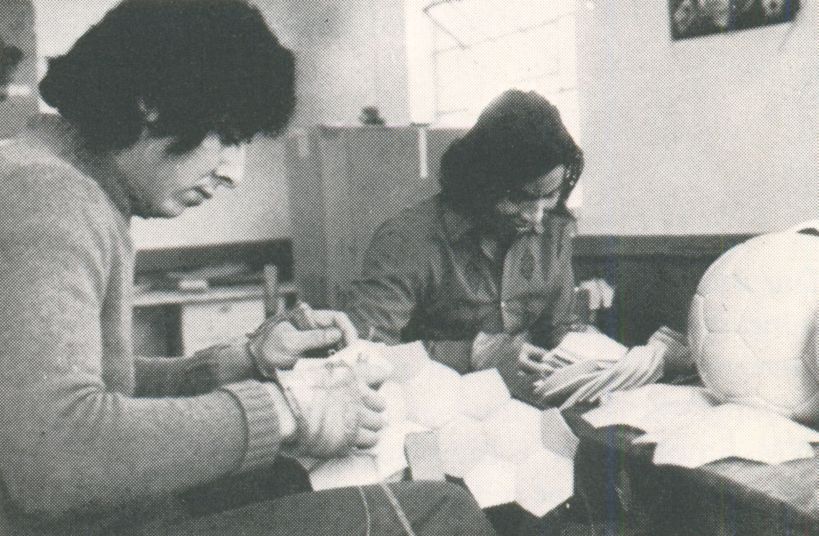 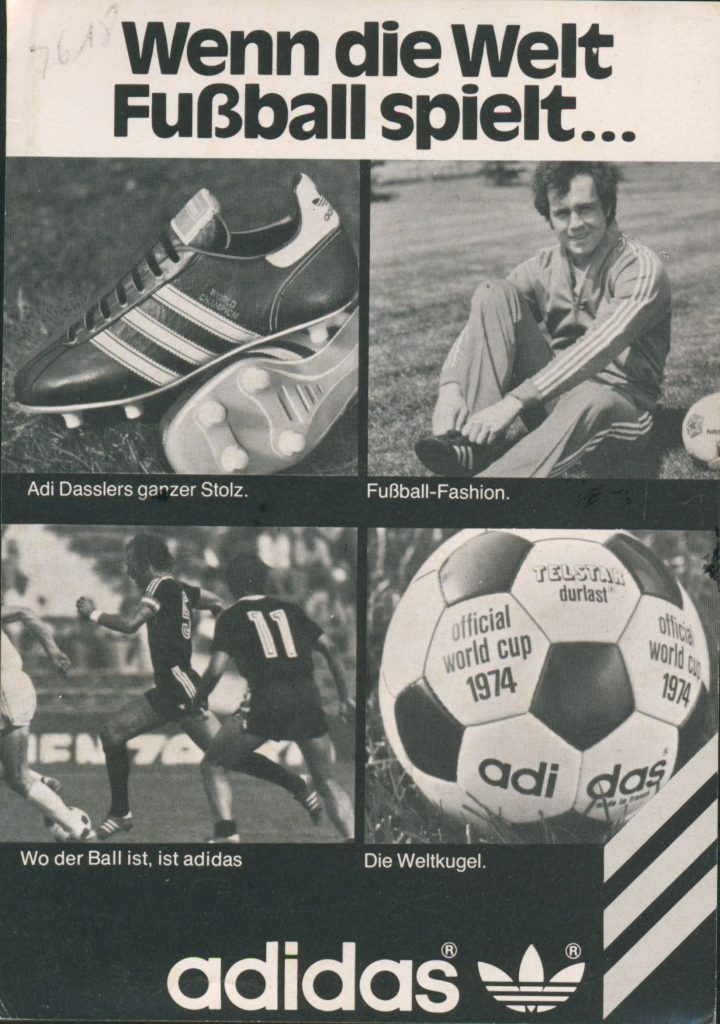 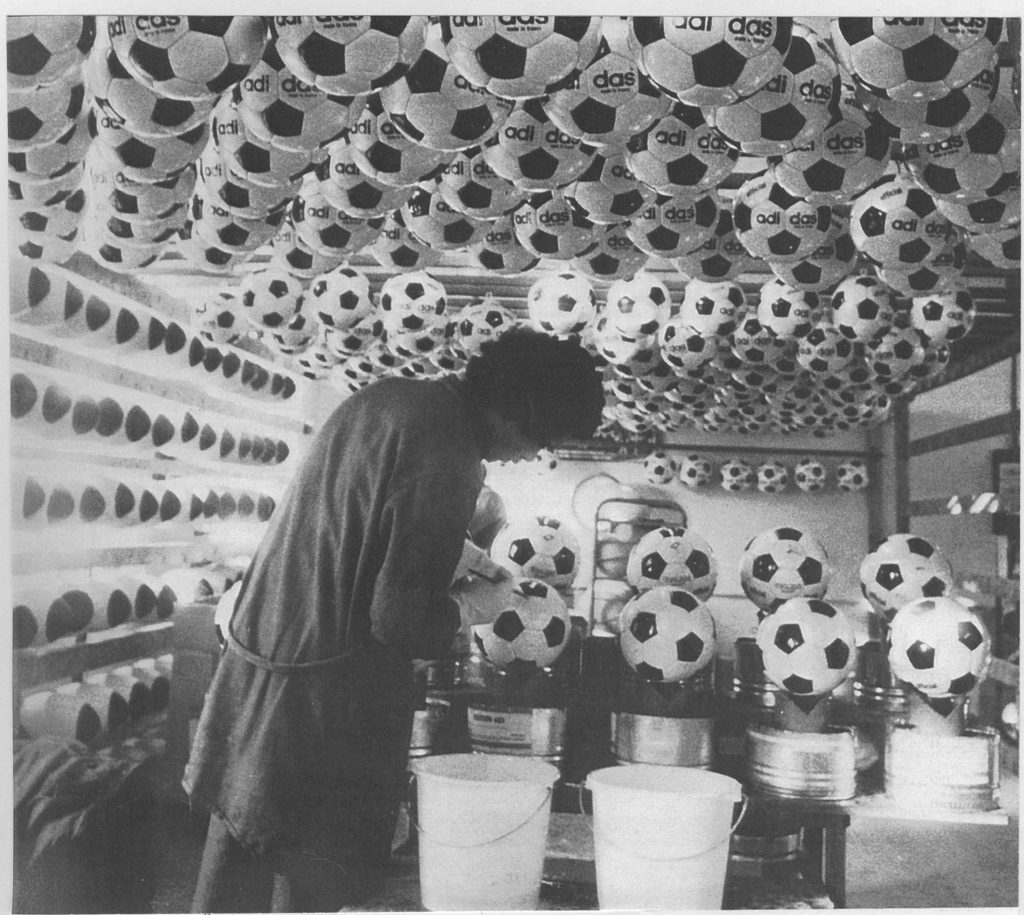 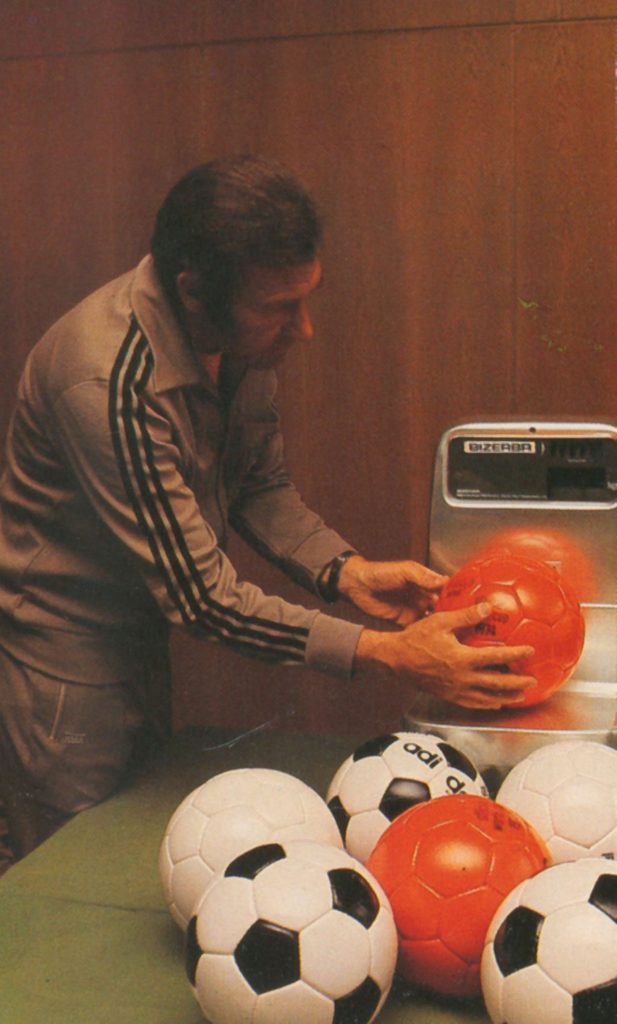 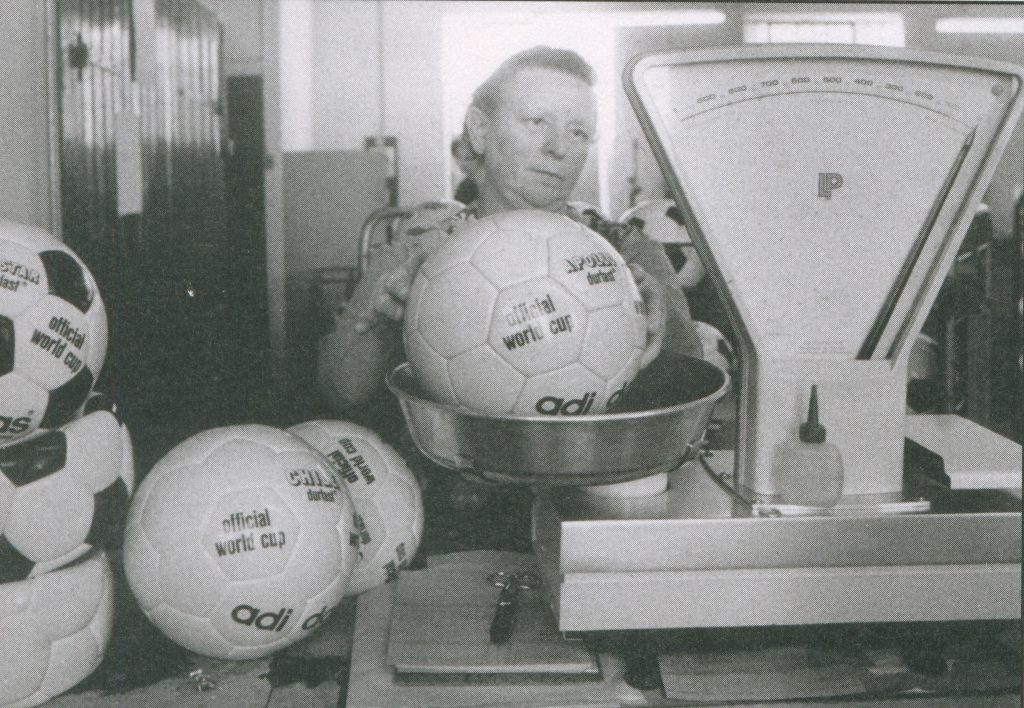