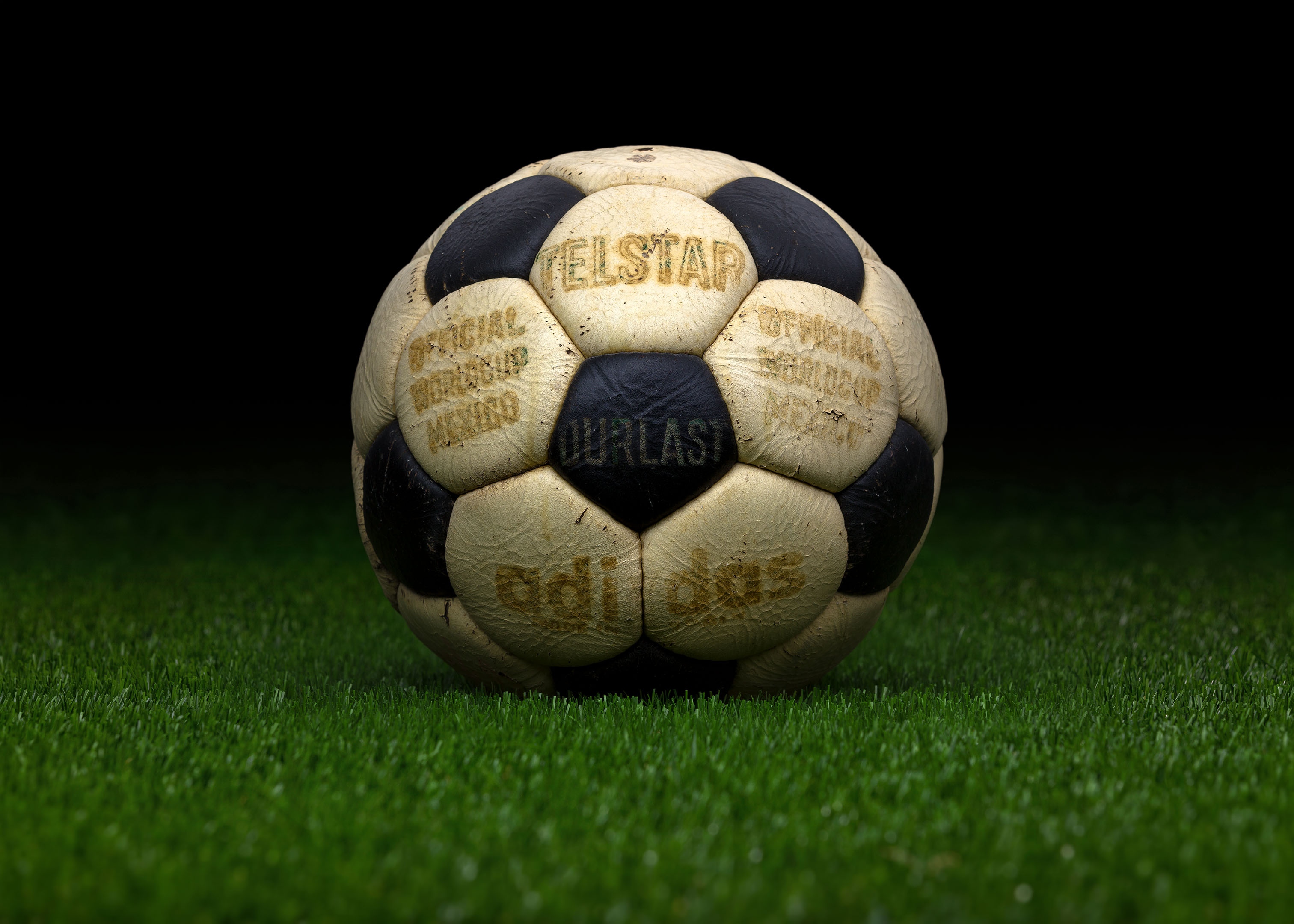 THE ARRIVAL OF ADIDAS TO THE WORLD CUPS

The German Adidas, founded by Bavarian Adolf (Adi) Dassler, was already famous for its excellent shoes, now adopted by Europe’s most prestigious football teams: the black Adidas boots with the famous three white stripes. Before devoting himself fully to football, Dassler provided running shoes to the black American sprinter Jesse Owens, Olympic hero of Berlin in 1936. In the post war era, he manufactured legendary football boots with cleats for the German national team, which had a crucial share of the German victory over Hungary in 1954 on a rainy pitch and West Germany became World Champions for the first time in Adidas boots. Adidas started to produce footballs in 1963 (their first ball was called Santiago) and the company supplied the official balls for the 1968 European Cup and soon after, the Olympic Games held in Mexico. Due to this, the Mexican federal championship also adopted Adidas balls. Thanks to these positive references and with the recommendation of the Mexican Football Federation, in June of 1969 FIFA decided that the balls to be used in the 1970 World Cup should be made by Adidas and are no longer produced by the host nation.

On January 10th 1970, at a conference in Mexico City, Adidas presented three balls: one black and white, one pure white and one pure brownish orange. The black and white one was selected as the official ball of the 1970 World Cup. It was called “Telstar”, coming from the union of two words: television and star. It was said at that time, that this combination and contrast would amplify the visibility of the balls on both colour and black and white televisions, given that the Mexican World Cup was the first World Cup to be broadcast on TV world wide. Telstar was also the name of the satellite which was used in the TV transmissions of this World Cup. This “coincidence” could also be the hypothetical influence which inspired Adidas in selecting the name Telstar. Whatever the true origin of the name, the new Adidas ball represented a real revolution in the manufacturing of footballs.

The Telstar consisted of 32 panels (20 white regular hexagonal and 12 black regular pentagonal) of high quality leather, processed, coloured and sewn by hand. Inside the ball the latest generation latex rubber bladder with an air valve was used. On the outer surface, a special plastic coating was applied and called “Durlast”. This helped the ball to protect the leather more than previously on any surface and to help keep it waterproof. The 1970 Telstar was a high quality ball, manufactured with the most modern technology, which guaranteed the best sphericity never before reached by any other football. Adidas introduced the black and white 32 panel ball for the first time in the World Cup and it was destined to become an icon in football history.

We still associate football with this classic black and white 32 panel ball. However, adidas was not the first manufacturer to create such a 32 panel ball. The first company to apply this structure on footballs was a Danish company called Select, who manufactured this type of ball first in 1962 and the design was invented by Eigil Nielsen. These balls were already used in Germany around the 1960’s and the Swedish ball supplier of the 1958 World Cup (Sydsvenska Laderoch Remfabriken) presented an identical 32 black and white panel ball in their catalogue, long before the Mexican World Cup. The black and white ball grew in popularity after it was also used in the 1965 European Cup final match in Milan between Internazionale and Benfica, so again: this design was not invented for the Mexican World Cup by adidas.

At the conference in Mexico City on January 1970, along with the Telstar, Adidas introduced two other single coloured balls: one completely white and one completely brownish orange; both were denominated “Chile”. Just like the Telstar, the two single coloured balls were also made of 20 hexagonal and 12 pentagonal panels sewn by hand and their interior was a modern air chamber made of latex rubber. However, the „Durlast” plastic film was not applied on these two balls. They were made of leather with a plastic treatment, making them more resistant and durable, suitable for hard and dry terrain. They were labelled „Elast” in reference to the membrane coating which was applied to the surface and they were much harder than the Telstar balls, which were softer due to the Durlast film protection they had. Adidas created these two balls in commemoration of the 1962 World Cup and called them „Chile” for this reason. During the Mexican World Cup the orange Chile was used in the quarter final match between Germany and England, whilst the white Chile ball was used during the first 23 minutes of the famous semi-final between Italy and Germany. It was replaced during the match because it became deflated.

BALLS USED IN THE WORLD CUP

For most of the 32 matches during the 1970 World Cup, the black and white Telstar ball was mainly used, while the Elast balls were the alternative, substitute pair. Very few games were played with the white Chile (perhaps only two), while the brownish orange Chile ball was used at least in five matches. For some reason only the white Chile model was advertised and shown in catalogues, while the brownish orange model was never sold on the market, this is why it is one of the most rare adidas balls ever. The regular black and white Telstar Durlast ball was the most heavily advertised ball and therefore it was sold in the highest volume.

Adidas provided a total of 500 anonymous balls (no print branding/text on them) for the 1970 World Cup, all manufactured in France. The balls were distributed as follows: 300 Telstar, 100 white Chile, and 100 brownish orange Chile. The 500 balls were destined for the 5 Mexican stadiums, in proportionate quantities to the number of matches that each stadium would host and they were only supplied for official match use. Balls with print were available from sports stores and the players could use these during training sessions.

At the time of the Mexican World Cup, there were different companies in the world who manufactured Adidas footballs under license. Normally, the models considered as “official” were the ones produced in France or Spain; but only the ones made in France were destined for the World Cup. This practice continued until the 1994 World Cup. After this tournament, Adidas footballs were produced first in Morocco, and later in Asia (Pakistan, Thailand, Korea, etc.).

THE AFTERLIFE OF THE BALLS

Since the adidas Telstar Durlast balls were put into the market before and after the World Cup, you could easily buy them in sport shops. But keep in mind that the balls in retail were not the anonymous versions of the ball used in actual matches of the World Cup, but the printed versions with the famous golden letters. This is why the very large majority of collectors only have the branded, printed models. Only a very few balls from the Mexican World Cup without print remain in existence in private collections. The real value of such a ball is extremely high with even the printed versions selling for huge sums of money between collectors. The market value of a Mexican Telstar in good condition easily reaches 8,000 USD. Clealry if you ever intend to have a full collection of the original adidas World Cup balls, you will need to acquire the very first model, the „made in France” adidas Telstar Durlast Mexico ball. So you have to be prepared to pay a lot for this ball as it is on the „wish list” of many collectors all over the world, meaning that if one did become available, there would be a lot of competition for it. 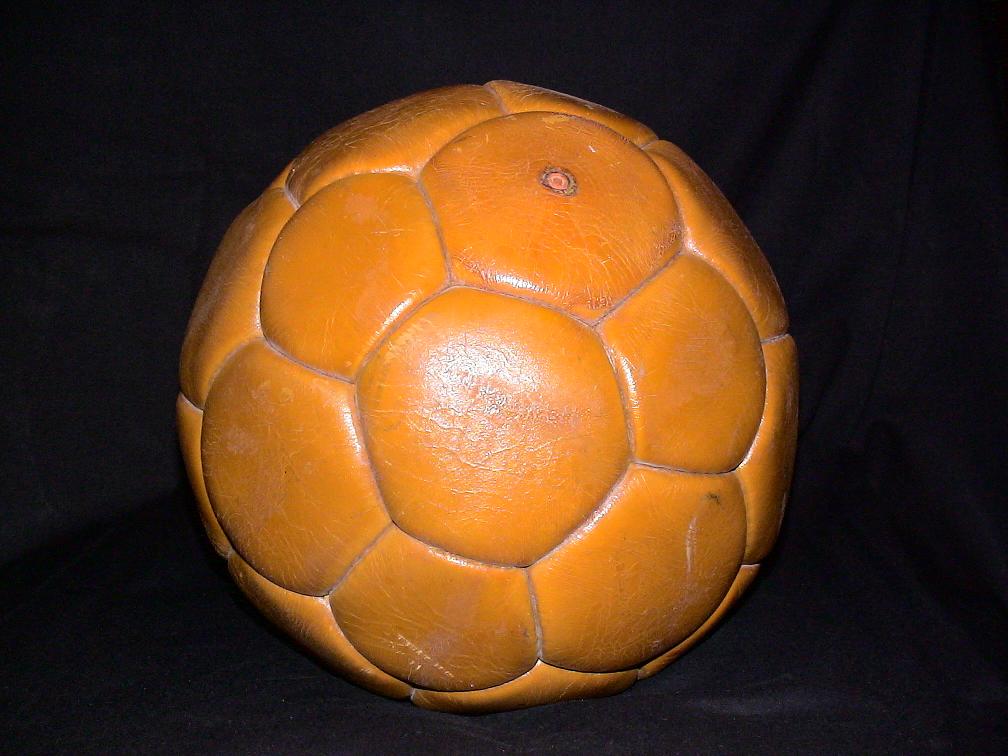 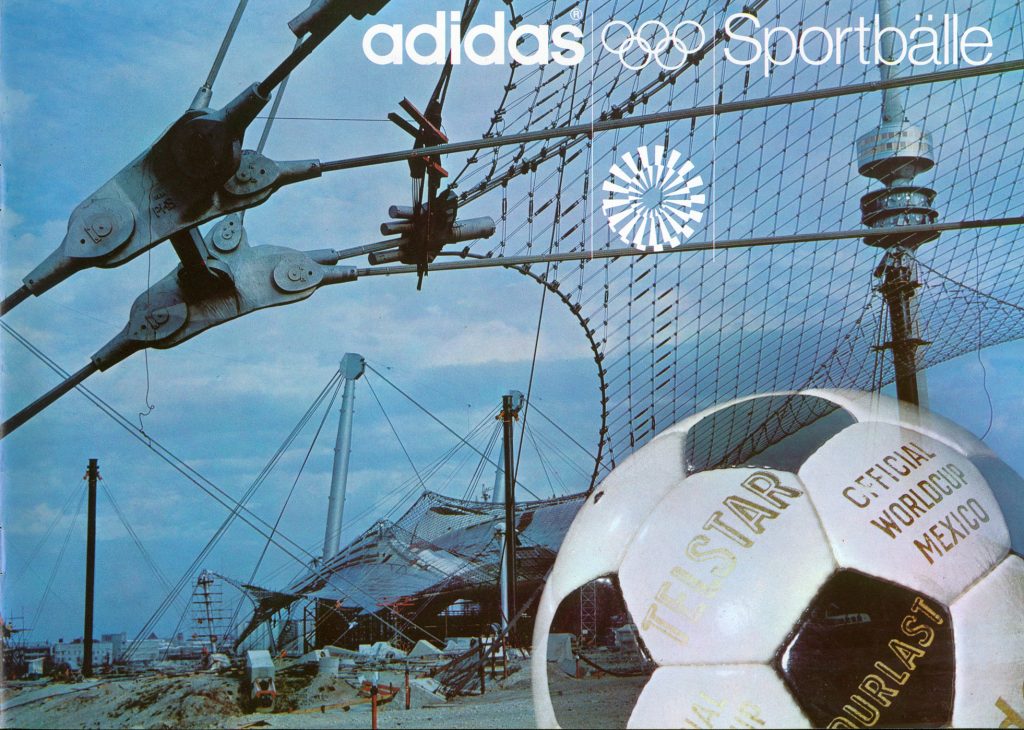 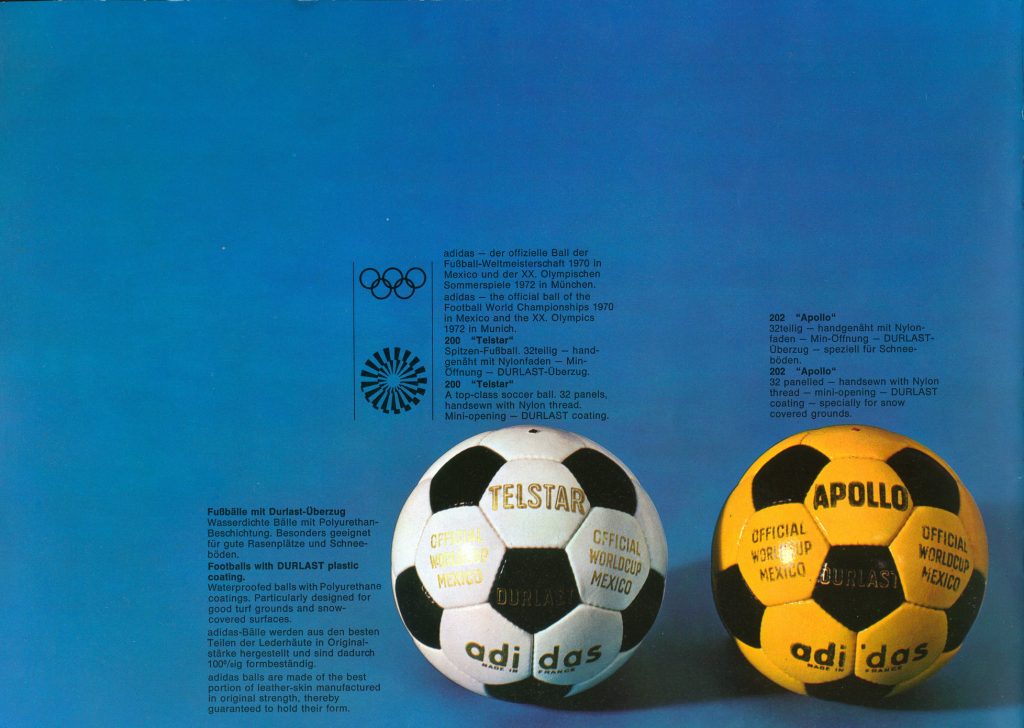 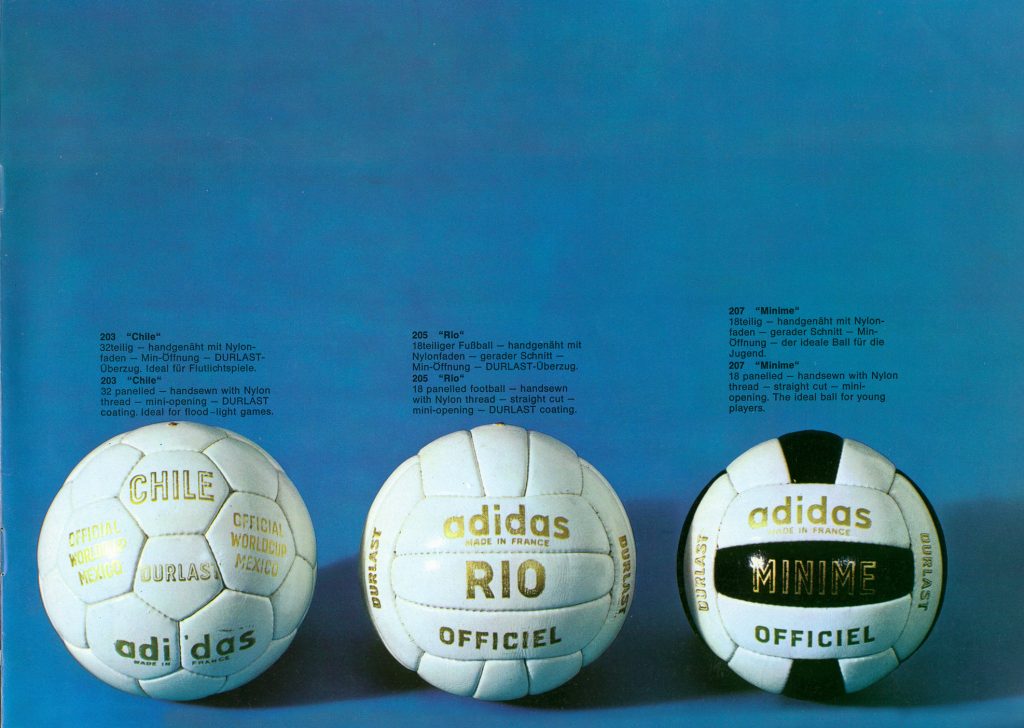 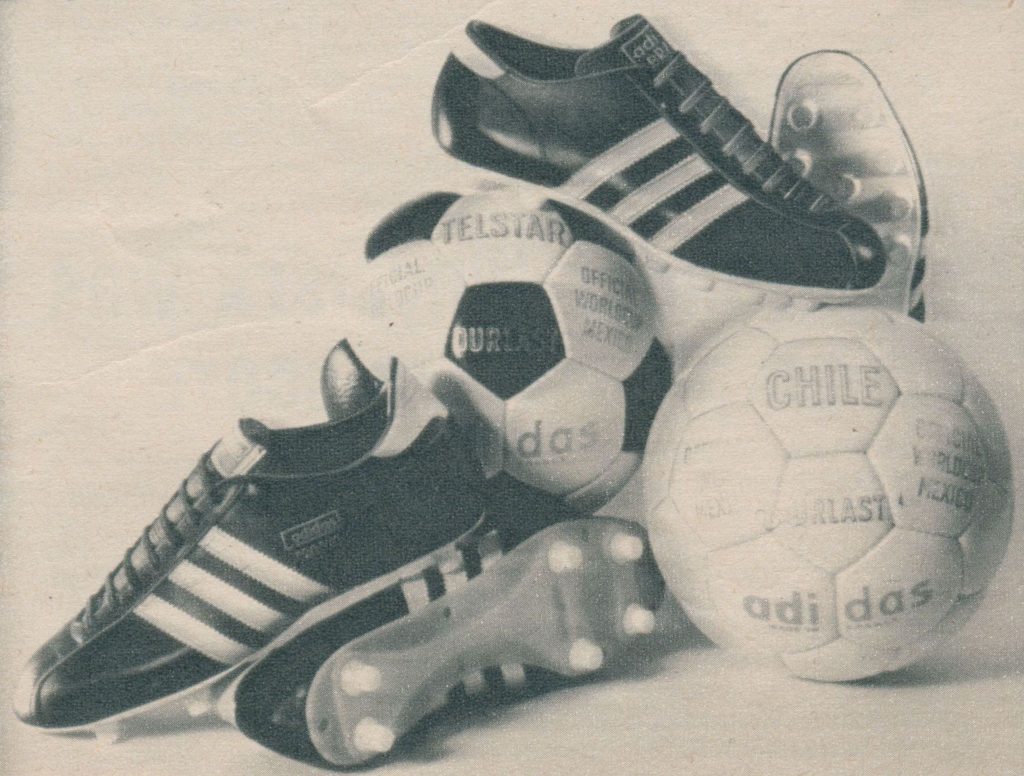 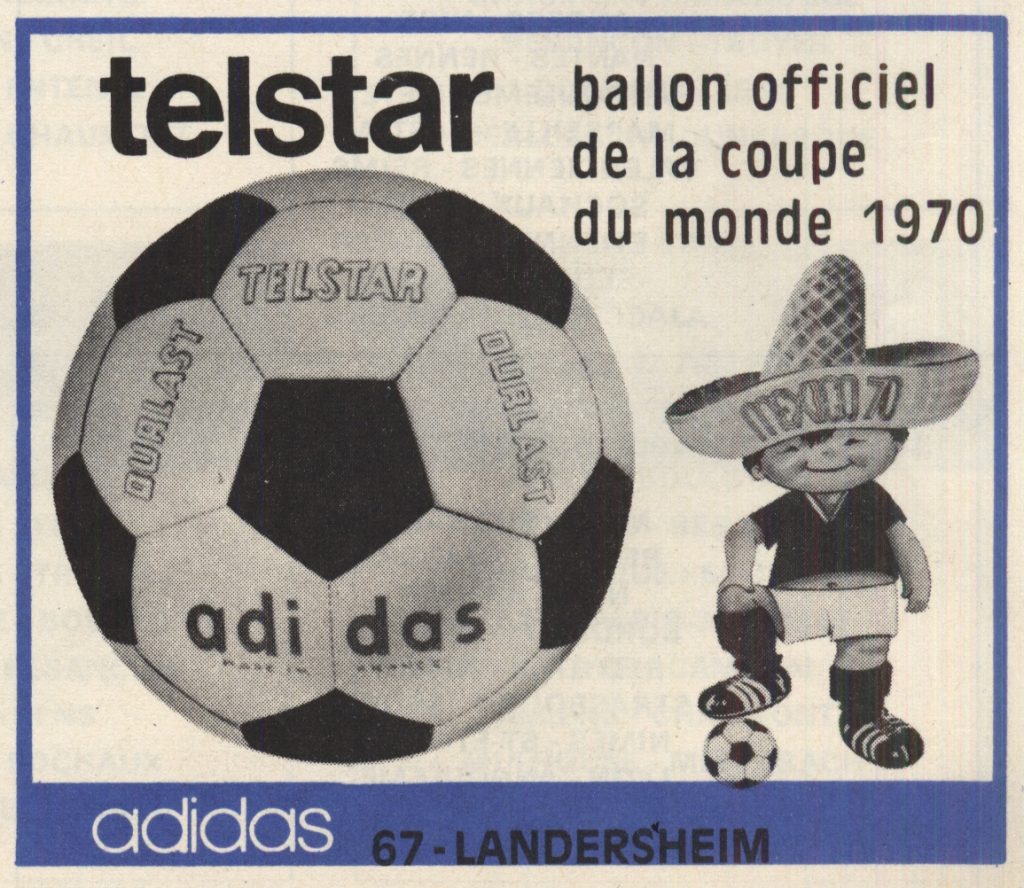 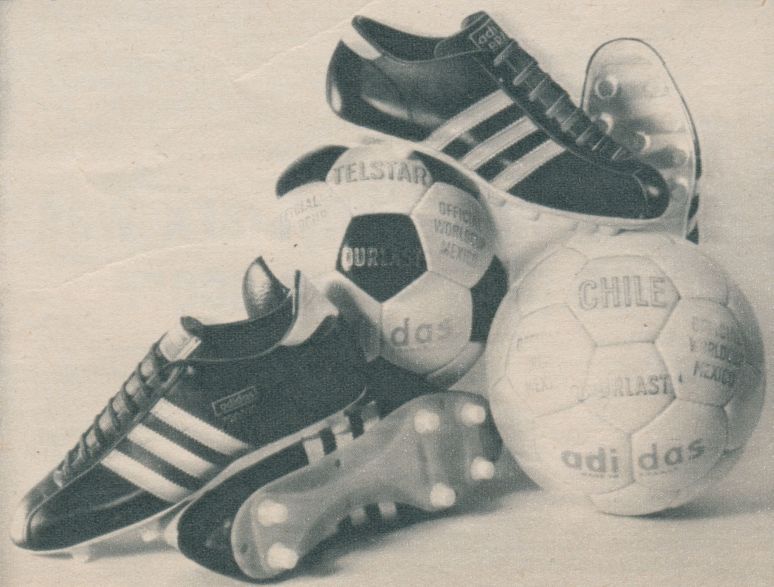 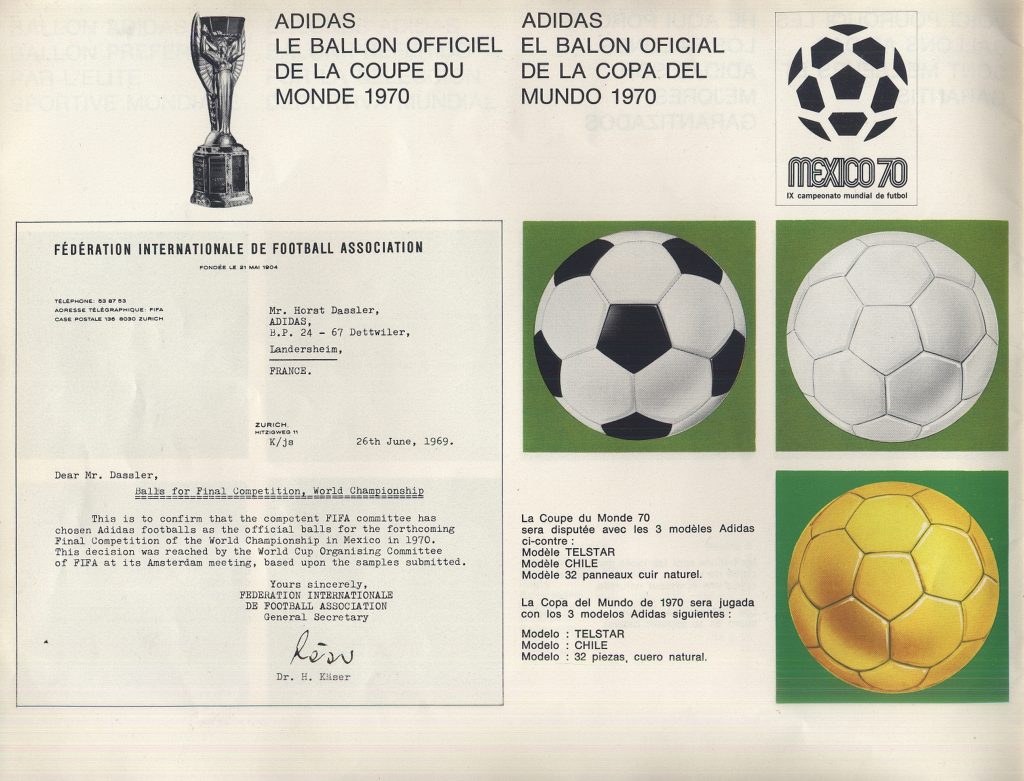 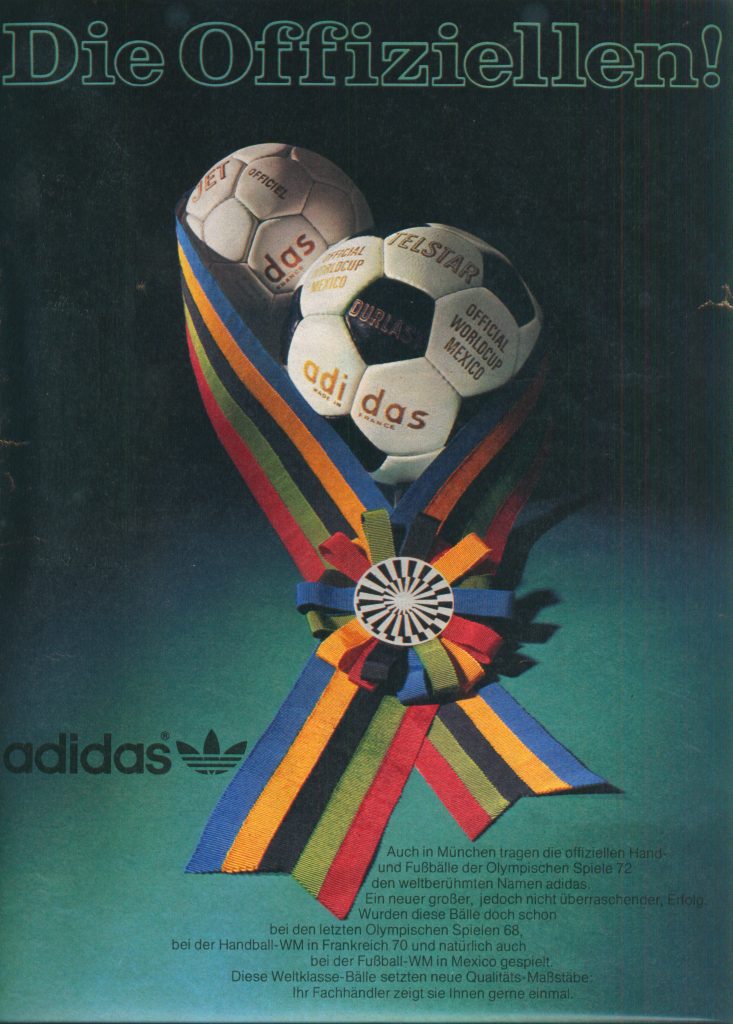