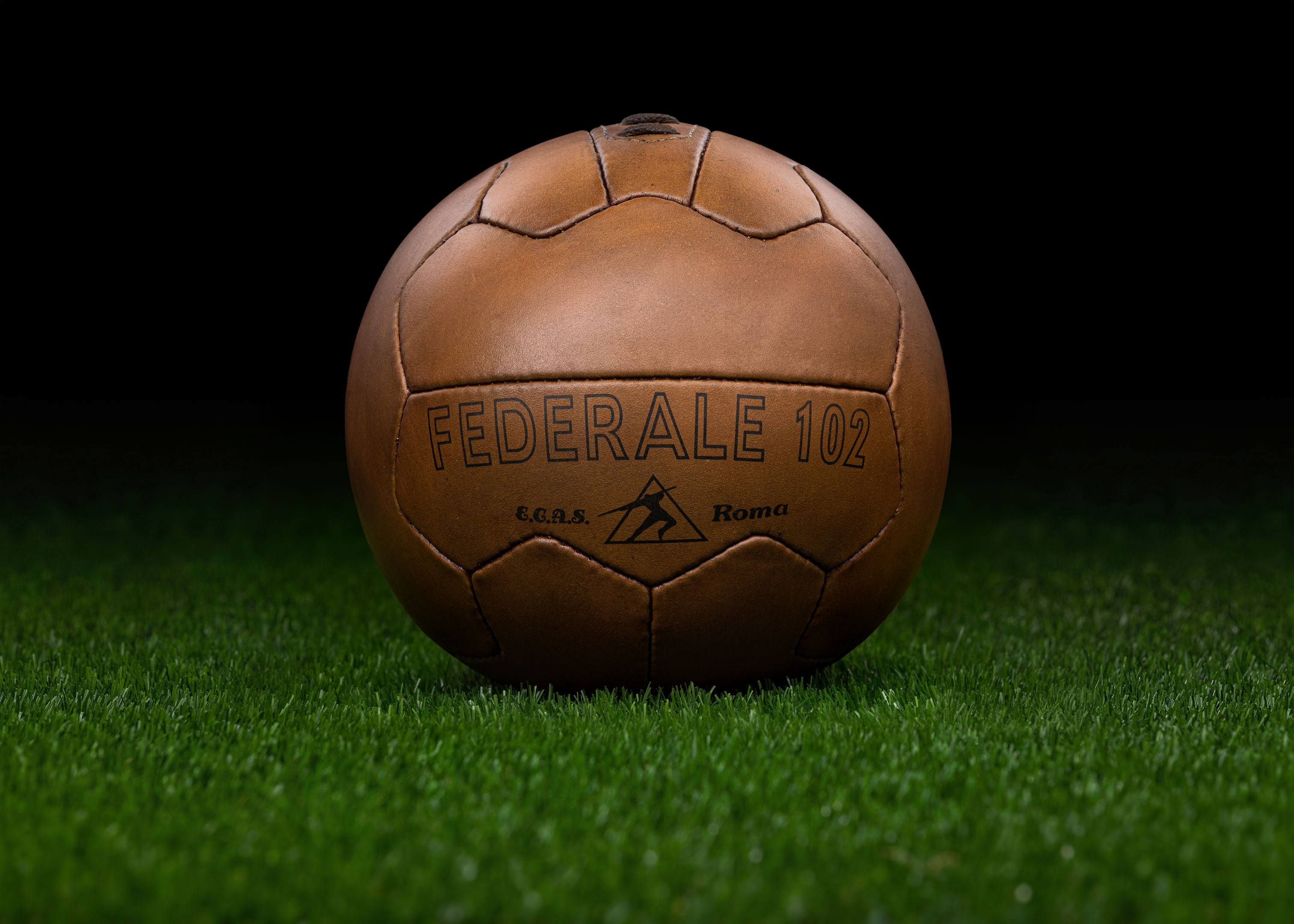 As the second World Cup was approaching, the fascist regime of Mussolini became so powerful that Italy was chosen to be the host of the 1934 FIFA World Cup. The strong nationalism requested that the balls used in the tournament had to be produced in Italy. In the beginning of the 20th century the majority of footballs were made in Britain and were exported to different countries where football became more and more popular and equipment was badly needed. But as previously mentioned, the Italian political power insisted on using Italian made balls for the first World Cup to be hosted in Europe.

THE OFFICIAL BALL OF THE WORLD CUP: FEDERALE 102

An Italian company called E.C.A.S („Ente Centrale Approvvigionamenti Sportivi” which means Central Producement of Sporting Goods) from Rome had produced and advertised the official ball for the 1934 FIFA World Cup. The „Federale 102”. E.C.A.S was one of the many fascist organizations and a branch of the Organizing Committee that had an influence on the other two balls used in the Italian World Cup as well (the Federale 102 was not the only ball used in the tournament but you can read about the other two balls later). This advertisement tried to persuade all Italian football clubs to „replace foreign balls with this genuine Italian product made with tenacity and national labor”. There are old photos that show another example of the Italian nationalism: a saleswoman at a shopwindow exhibits a sign certifying the sale of „only Italian products”. On the top right hand side of the photo the Federale 102 ball is visible, however this original ball seems to be extinct now. Not even the Italian Football museum in Florence keeps one piece in its exhibition and there are no museums in the world to have the exact model (according to our knowledge). There are some balls however that have the same panel structure as you can see on this website, as well.

The Federale 102 ball was composed by 13 polygonal panels which were cut and perfectly fitted together by hand sewing. Most of the classic balls at that time were 12 panel models (like the ones used 4 years ago in the first World Cup) but the Federale 102 brought an invention of having the laces on a separate panel to inflate the balls. The bladder was enclosed by lace with 6 rows. For the very first time a World Cup ball’s leather laces were replaced by brown cotton, very similar to the ones used on shoes. This represents a small detail but an important improvement, as well. As cotton  is much softer than any leather, this encouraged players to head the ball more.  We have all heard stories told by older players complaining about the painful impact caused by the hard laces… This is why in vintage photos of football matches you can often see players protecting  their heads from injuries caused by headers  by wearing either caps or special bandages.

As mentioned earlier, the Federale 102 was not the only ball used in the Italian World Cup. One of the other available models was the regular 12 panel ball that had been used in the 1930 World Cup. It was called the „Globe” from the British brand Cliff’s. However, this classic 12 panel structure was around even before the first World Cup. We could see this ball already in the 1912 Olympic Games.

On vintage photos you can see this regular 12 panel ball just before the Italy – USA match on 27th May, 1934. It important to mention that although this ball was available for nearly all the matches of the Italian World Cup, old photos prove that this ball was the least used model in the entire tournament.

The third and more frequently used ball was a modern and very nice model, in which the panels were T-shaped cut with zigzag edges. It is easy to understand why the name of this new ball became „Zig-Zag”. This model was also made in Britain by the company William Sykes as you can see on the vintage advertisements. This ball was composed by the joining of 13 panels, including 12 T-shaped panels and one rectangular panel. This last panel contained the valve of the bladder, which was closed by 6 rows of a cotton lace. This Zig-Zag ball became so successful that even the final match of the 1934 FIFA World Cup was played with this model.

The decision of which ball to use in each and every match of the torunament was made solely by the two participating team captains. They had to agree on which ball to use prior to the actual game. Old photos demonstrate such a ball selection before the Austria – Hungary match on 31st May, 1934: A Zig-Zag ball is on the ground, a 12 panel ball is in the right hand of the Hungarian player and he is holding a Federale 102 in his left hand. The selection of the best ball was cruical because these old balls were not perfectly spherical since the roundness of the balls depended on the skill of the responsible men who inflated the balls prior to the games. If they did not make a good job inflating the ball and it was not spherical enough, the players had no option but to choose a different ball, no matter if they would have preffered their favorite models. Since the laceless balls (used firstly in the 1950 World Cup) were perfectly identical, such a choice was no longer needed. 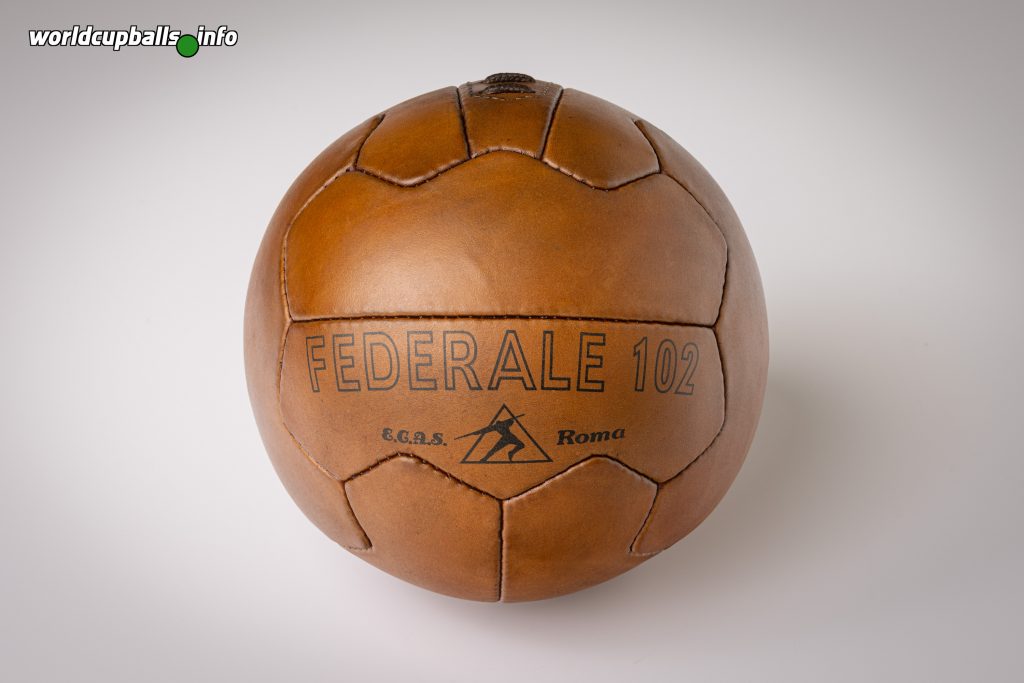 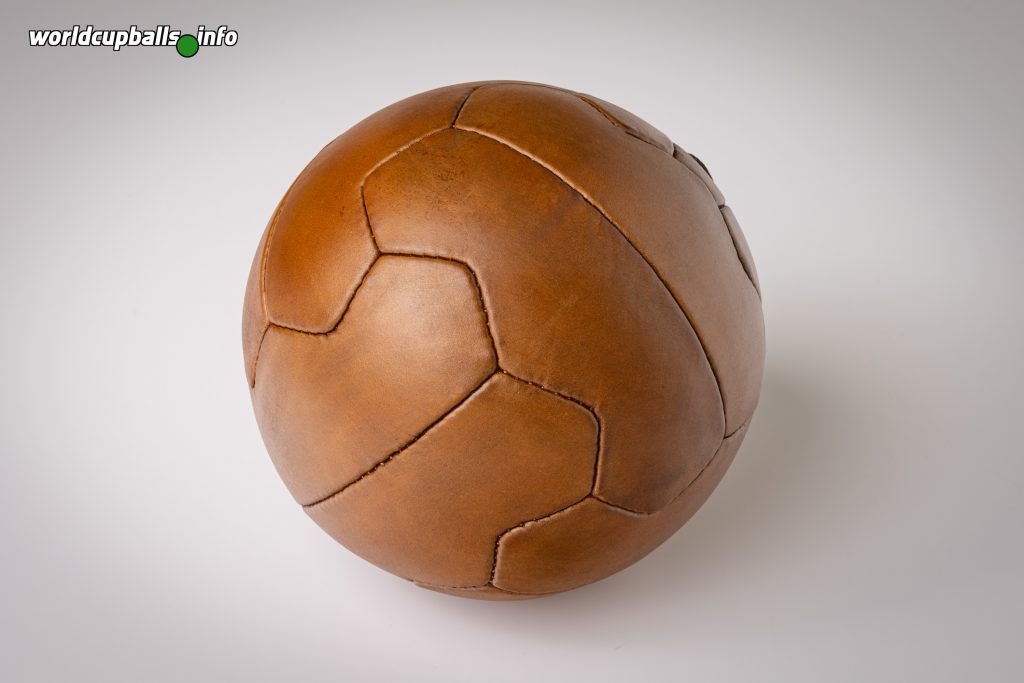 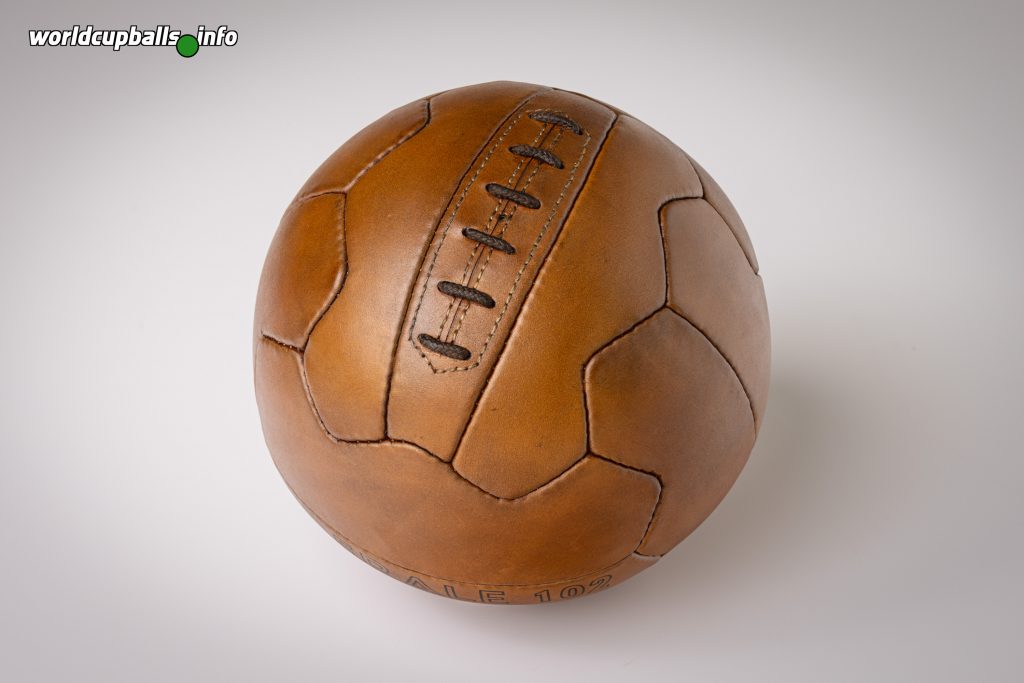 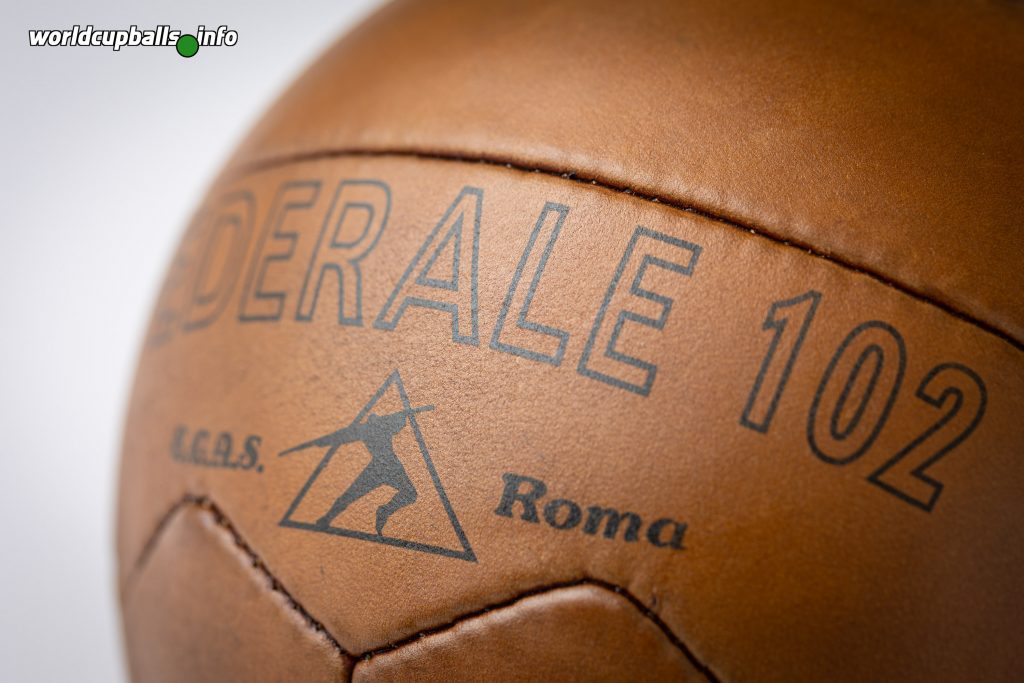 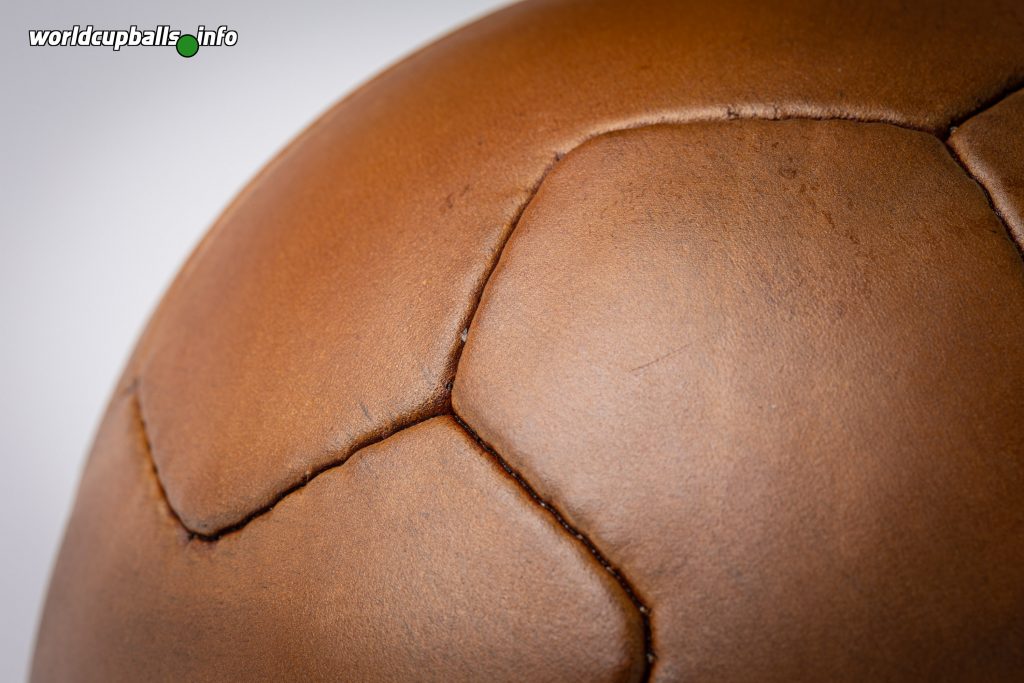 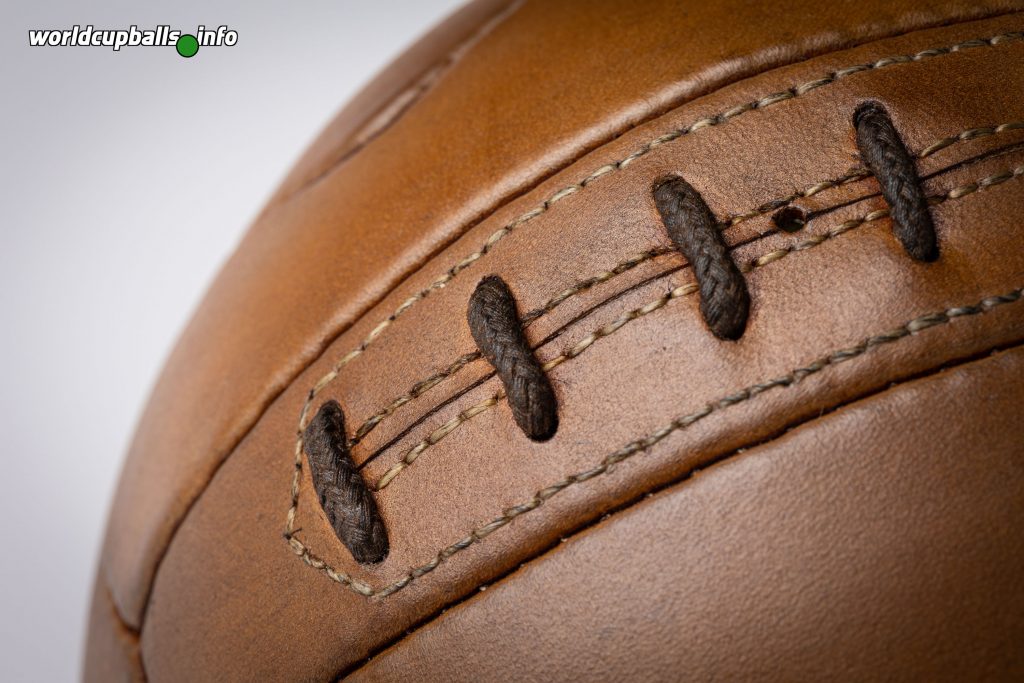 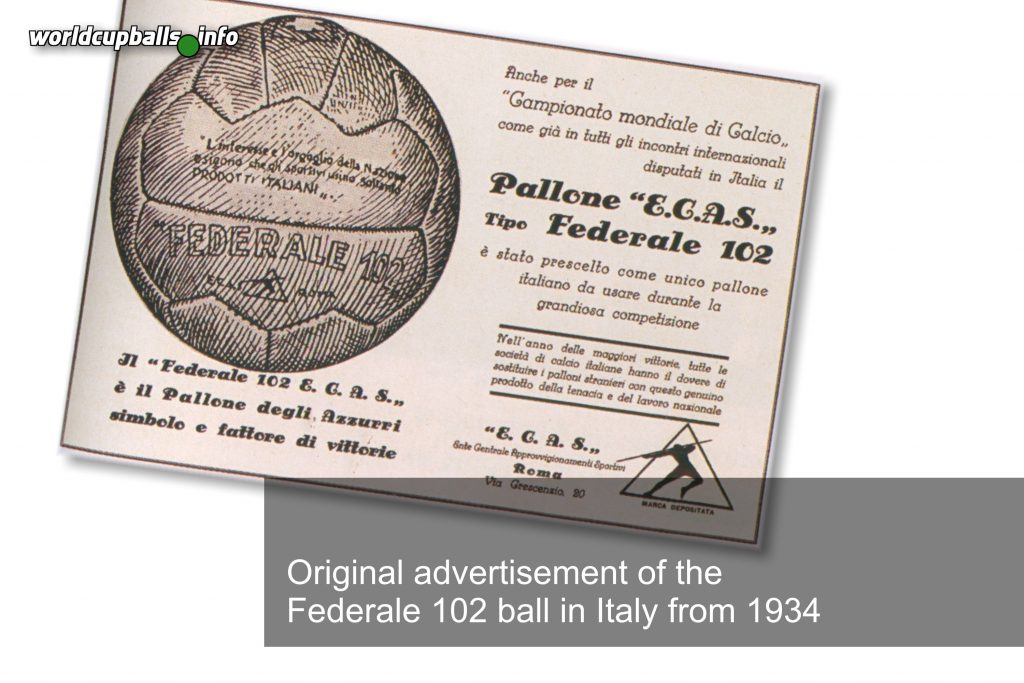 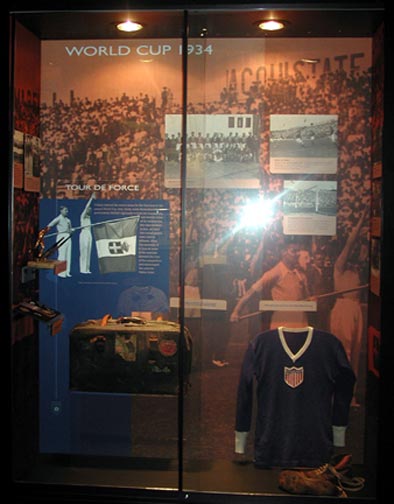 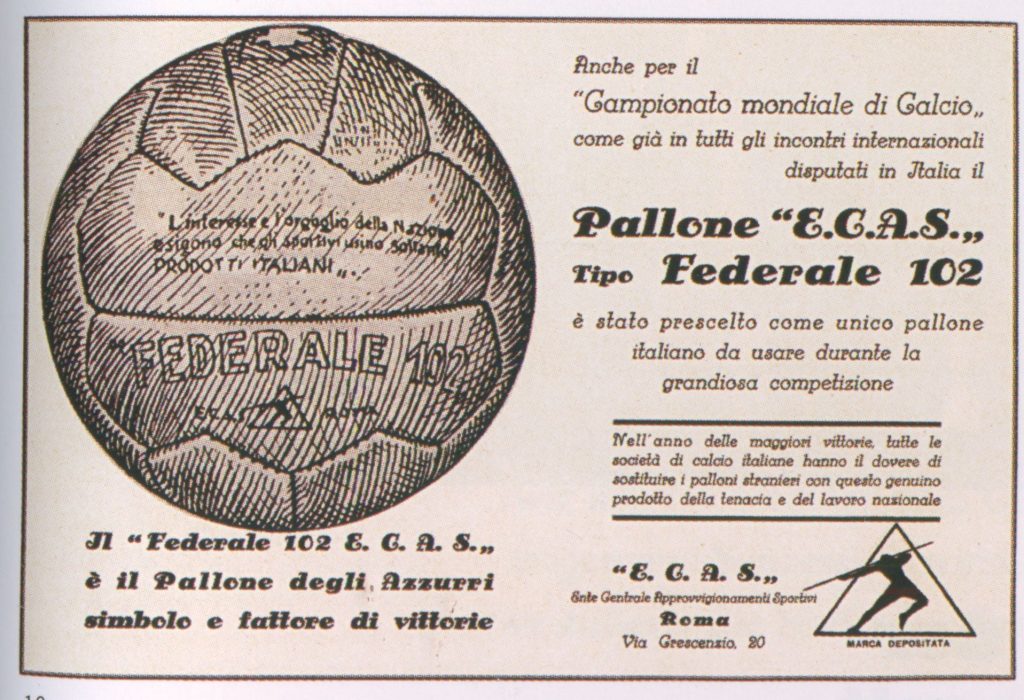 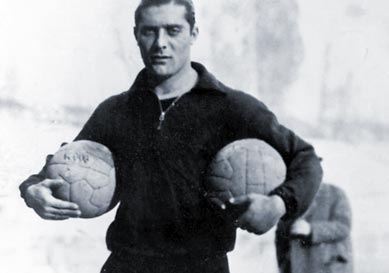 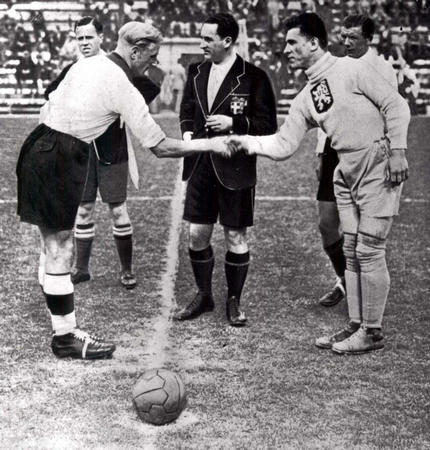 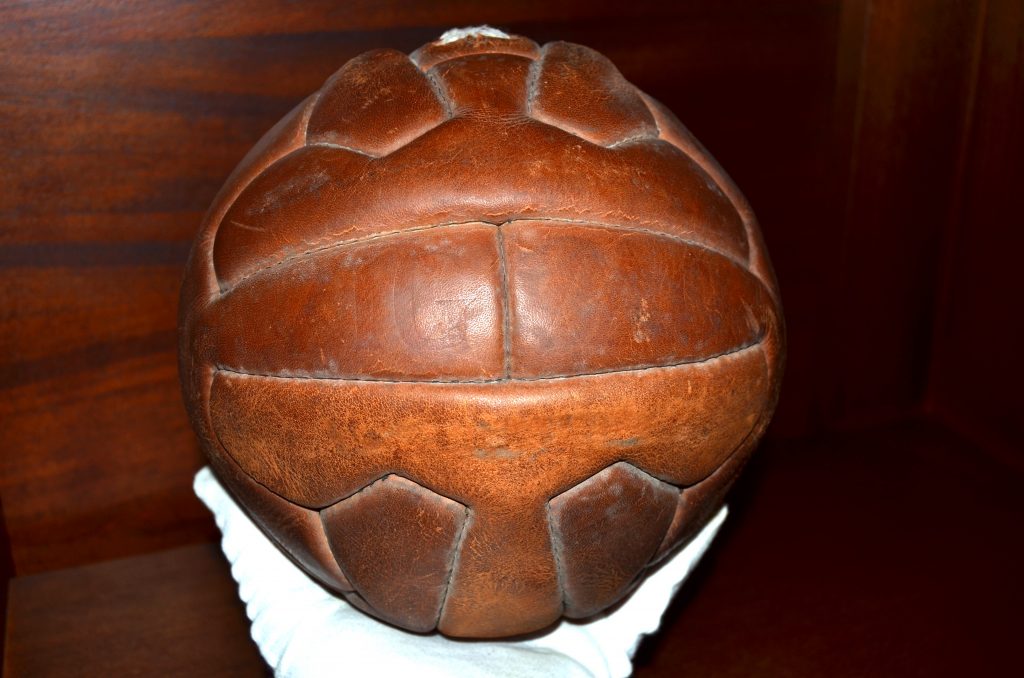 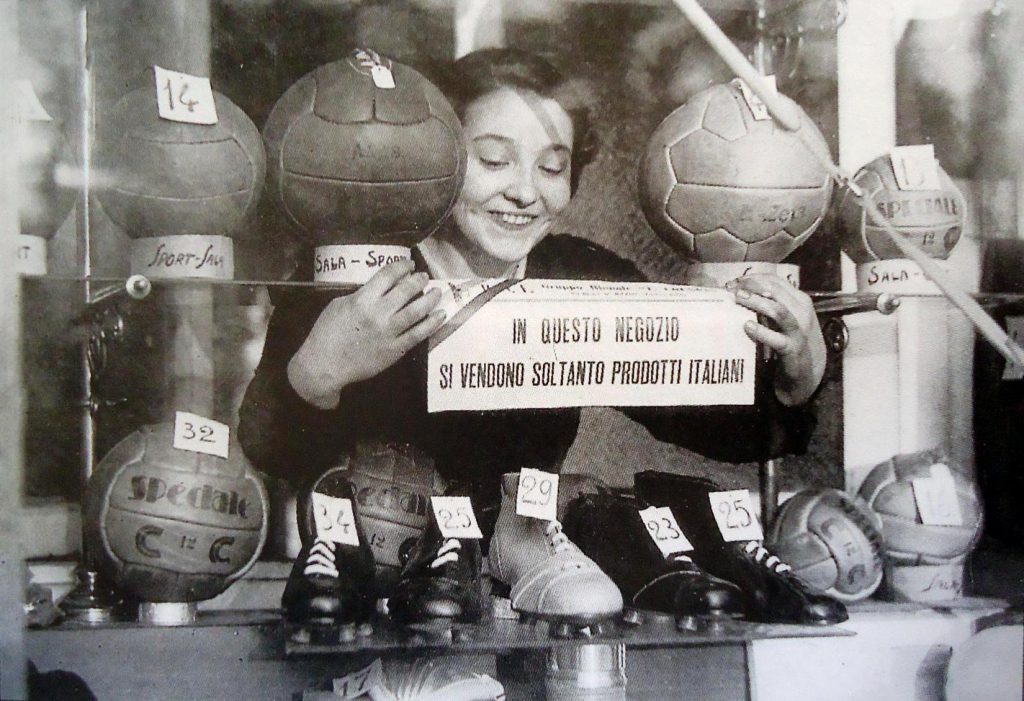 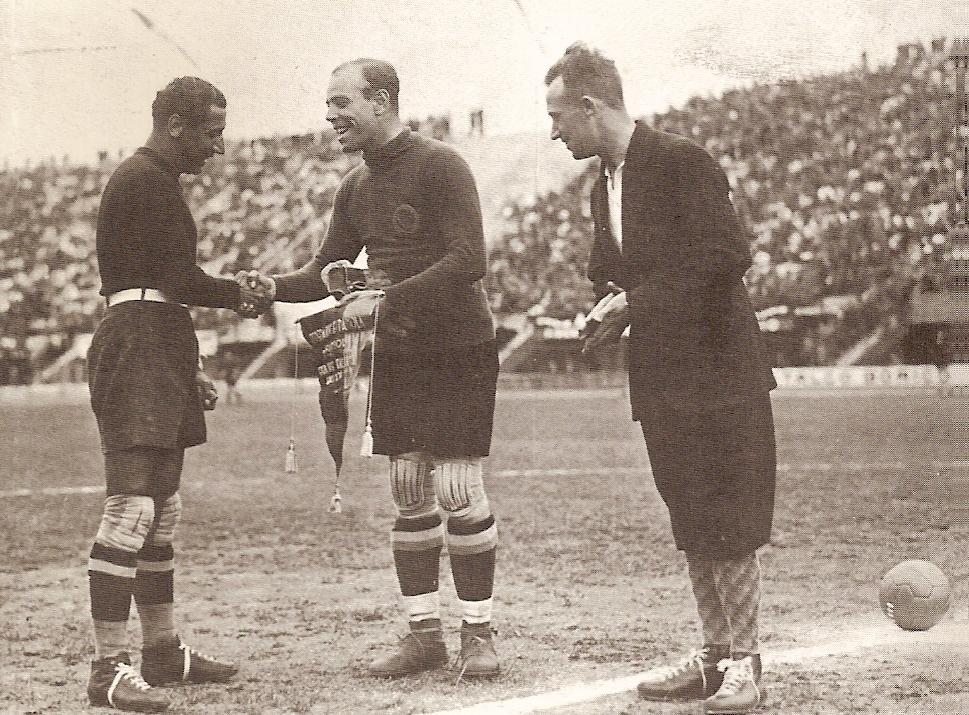